Should districts get rid of middle schools? 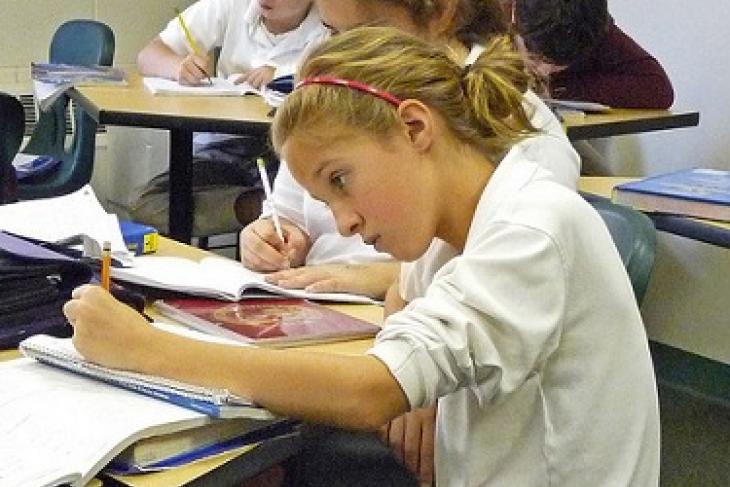 In a 2011 Education Next article called “The Middle School Mess,” Peter Meyer equated middle school with bungee jumping: a place of academic and social freefall that loses kids the way the Bermuda triangle loses ships. Experts have long cited concerns about drops in students’ achievement, interest in school, and self-confidence when they arrive in middle school. Teachers have discussed why teaching middle school is different—and arguably harder—than teaching other grades. There’s even a book called Middle School Stinks.

In an attempt to solve the middle school problem, many cities are transitioning to schools with wider grade spans. Instead of buildings for grades K–5, 6–8, and 9–12 (or any other combination that has a separate middle school), districts are housing students at levels ranging from kindergarten through eighth grade on one campus. To determine if a switch to K–8 grade span buildings is in the best interest of Ohio districts, I took a look at the research, benefits, and drawbacks surrounding the model.

A 2009 study examined data from New York City to determine if student performance is affected by two measures: the grade spans of previously attended schools, and transitions between elementary and middle school buildings. New York City provided the perfect laboratory for such a study, since it houses a large number of elementary and middle schools with a wide variety of grade spans that are managed under the same educational policies. The study found that students attending K–8 schools earned significantly higher scores than students who attended schools with other grade configurations, including dedicated middle school buildings. Specifically, students who remained in K–8 schools from fourth through eighth grade demonstrated test score gains between third and eighth grade that were, on average, about 0.25 standard deviations higher than students on a traditional grade span path. Furthermore, students who moved out of a K–5 building and into a K–8 building showed significantly higher eighth-grade performance in both math and reading—meaning that even older students who start on a different grade span pathway stand to benefit from transferring to a K–8 building. Interestingly, the authors were careful to note that schools serving wider grade spans and producing significantly larger test score gains between third and eighth grade did not appear to serve more privileged or higher-achieving students.

There are other studies that demonstrate similar results: A 2014 study of Texas schools found that average pass rates in writing, science, and social studies were higher for students enrolled in K–8 schools than for students enrolled in traditional middle schools. The authors of a 2011 review found that the majority of studies indicated that students who did not transition to typical middle schools did significantly better on GPAs, standardized math and reading tests, and state test composite scores than students who attended middle schools. The authors of the review also noted that students in established K–8 schools had higher state math scores than students in new K–8 schools, suggesting that academic gains for K–8 schools may not occur right away. A 2010 study demonstrated that in the year when students moved to a standalone middle school, their academic achievement fell significantly in math and English relative to students who continued in a K–8 school. Yet another study found that middle school students were more likely to fail a class in eighth grade or have poor attendance than students in K–8 buildings. To be fair, there are also studies that seem to show no relationship between grade span configuration and academic achievement, as well as studies that question whether transitioning to middle school has lingering, rather than merely initial, adverse effects.

The benefits of K–8 schools are being rediscovered in cities like Cleveland. Catholic schools in Ohio have used this model for decades. Although there is research that both supports and questions the higher academic outcomes of K–8 buildings, altering grade spans remains an option for districts looking to increase achievement or deal with declining enrollment numbers. Here’s a look at some of the benefits for school districts considering a transition to a K–8 building:

On the other hand, potential drawbacks include:

K–8 buildings boast research and anecdotes that support their promise as effective instruments of reform, but they also present significant potential drawbacks. For districts looking to improve achievement or trying to save money in the face of declining enrollment, reorganizing grade level configuration could be a practical solution.