Schools need talented teachers. Here’s how to find them in these challenging times. 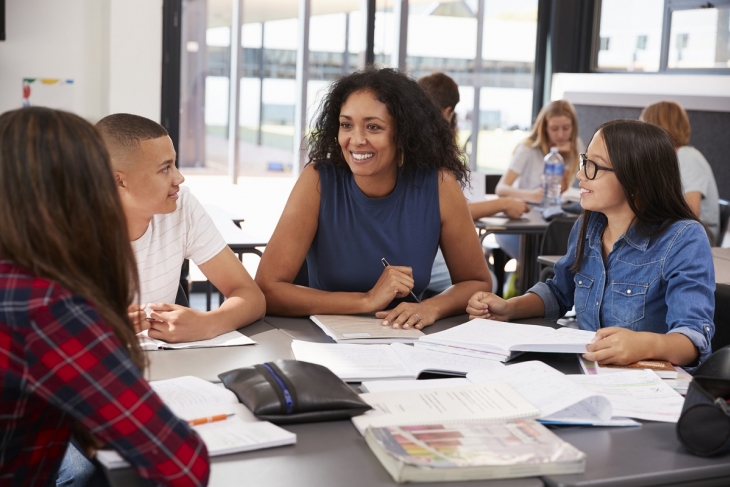 There are no silver bullets when it comes to closing achievement gaps. But there are inputs and interventions with solid evidence bases, and the impact of a good teacher is one of them. In fact, research suggests that when it comes to student achievement and growth, teachers matter most among school-related factors.

That’s not exactly groundbreaking news. Even without research to prove it, we’ve always known that teachers matter. But as schools struggle to deal with the learning loss caused by pandemic-related closures, good teachers have become even more important—especially in underserved communities.

Unfortunately, finding and hiring talented teachers is easier said than done. Part of the problem is that fewer young people seem to view education as an attractive career option. Back in 2018, ACT published a brief entitled “Encouraging More High School Students to Consider Teaching.” Using data collected by pre-test questionnaires given from 2007 to 2017, researchers examined the responses of students who were “very” or “fairly” sure about their college major. During that ten-year time span, high school students’ interest in teaching decreased significantly. Education was third among the top ten intended majors in 2008, but by 2012 it had dropped to eighth place, and it’s remained there since. In 2017, majors such as health sciences, business, engineering, and the social sciences were far more popular.

To better understand how students’ perceptions of the profession might impact their interest, ACT surveyed a sample of students during the 2017–18 school year. They discovered that the primary reason students weren’t interested in teaching was financial. Among students who reported being uninterested, nearly two-thirds cited initial salary as one of their top three reasons. Salary concerns were also mentioned by students who were “potentially” interested, a term used to identify those who reported being “moderately” or “somewhat” intrigued by the classroom.

There is a sliver of good news. According to a recent study, economic downturns seem to make the teaching profession—regardless of its associated salary—more appealing to talented jobseekers. The study found that teachers who started their careers during a recession were more effective at raising student test scores. The recession impact appears over time and doesn’t reflect a difference in observed teacher characteristics or teaching assignments, which suggests that recessions temporarily change the new teacher pipeline. In short, talented students who previously would not have considered a career in the classroom are more likely to do so during a recession, likely because of the relative stability of teaching compared to the private sector.

That’s encouraging, considering the nation is in the midst of a pretty serious economic downturn. But the expected migration of talented jobseekers is unlikely to be sufficient to mitigate the massive learning losses experienced over the last six months. To accomplish that feat, state and local leaders will need to make some significant changes to improve teacher recruitment efforts in ways that will attract prospective teachers who can have the biggest impact in the classroom.

Fortunately, the ACT brief offers a few solid ideas. The first and most obvious suggestion is to increase the starting salary for new teachers. Based on the ACT survey results, 72 percent of potentially interested students said that better pay would increase their interest in teaching. Furthermore, 39 percent of students who reported being uninterested in teaching said they would consider it if starting salaries were raised to the $50,000 to $59,000 range. Obviously, such a move would have several implications, not the least of which would be a question of what it does to current salary schedules. But if concerns over low starting salaries are keeping talented students out of the profession, then increasing them remains the clearest solution.

Another financially-related recommendation is to give college students more information about teachers’ total compensation. The ACT brief notes that the students they studied were “focused primarily on the starting salary of teachers and were not familiar with other financial benefits of teaching.” Emphasizing the total benefits package to prospective teachers, rather than just starting salary, could help nudge students toward teaching. NCTQ took a good first step in their recently published book Start Here to Become a Teacher, which included a user-friendly overview of how salary schedules work and how benefits for a typical public school teacher compare to those of a professional in the private sector. These types of details aren’t typically offered to college students, but they should be.

The final recommendation would be to create targeted career pathways and “grow-your-own” programs which give potentially interested students a closer look at the teaching profession. This matters because it wasn’t just compensation packages that students were unfamiliar with—many of them were also unfamiliar with key aspects of teaching in general. Providing more information and an opportunity to explore the profession firsthand could inspire more students to make the leap.

With the pandemic, schools already have plenty on their plates. Addressing teacher talent issues is probably not top of mind for leaders. But it should be. School closures—this spring and this fall—have widened achievement gaps, and learning losses are hitting underserved communities particularly hard. To mitigate them, we need to invest in talented teachers.