The past, present, and future of summer programs for students 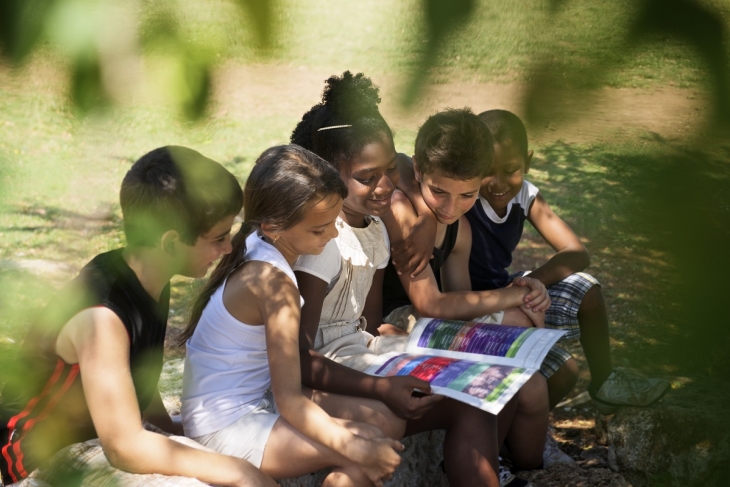 As post-pandemic life cautiously starts to take shape here in America, uncertainty abounds. Will our systems and processes and activities eagerly snap back to their 2019 forms? Or will our lives in 2021 and beyond take on new contours influenced by what we have learned, for good and ill, during the challenges forced upon us by 2020? A new report from the Afterschool Alliance that addresses students’ summer experiences might provide a clue.

“America After 3pm” is a periodic, nationally-representative survey of randomly selected parents of school-aged children. Pre-pandemic, this survey was conducted with nearly 30,000 households between January and mid-March 2020, providing baseline data on students’ summer experiences in 2019 as they had done in years past. These experiences are broadly defined to include camps, classes, vacations, work, and more.

Five additional data sources, two smaller parental surveys and three questionnaires of summer and afterschool program providers across the country, were obtained between August 2020 and mid-March 2021.

In 2019, 47 percent of families surveyed reported that at least one of their children participated in a summer program, continuing the upward trend seen in 2008 (25 percent) and 2013 (33 percent). Most common was a non-STEM specialty program (such as visual arts, sports, or drama), followed by voluntary summer programming run by schools or districts. STEM programs, jobs and internships, and mandatory or voluntary summer school brought up the rear. Overall, 95 percent of parents reported satisfaction with their child’s summer experience. While less than half of parents in 2019 said they preferred summer experiences to be “different” than the school year, three in four of those surveyed said that it was important that those experiences “helped keep their child from losing academic ground.” More physical activity, life skills, and access to the outdoors led the list of differences preferred, but differences varied between low-income and higher-income parents and between different racial and ethnic groups.

Forty-two percent of higher-income families reported that their children did not participate in summer programming due to “other family activities,” such as in-home supervision or vacation travel, while 35 percent of low-income families reported the same. But parents also reported that nearly one in three children not in a structured program during the 2019 summer would have been enrolled if one were available to them. “Availability” is not strictly defined, and that does raise some questions. It would be interesting to know, for example, how many parents forewent an available but undesirable opportunity (say, a baseball bootcamp) because a truly desired opportunity (say, a poetry camp) was not on offer near them. Using the general terminology, the report determines that up to 13.9 million children nationwide were unable to access a desired opportunity. Expense was the most commonly cited barrier to participation, with the average cost of activities estimated at $758 to $900—or approximately $200 per week—based on type and length of program. Transportation to and from programs and simple lack of awareness of available opportunities were also cited as barriers, but future surveys would do well to better define that term.

During the pandemic summer of 2020, participation in summer activities predictably declined. Thirty-four percent of families surveyed reported that at least one of their children participated in a structured summer experience. Thirty-seven percent reported that programming was fully virtual, 36 percent report that it was in fully in-person, and 26 percent reported a hybrid model. Participation in in-person programs was affected by social distancing requirements; 40 percent of in-person program providers reported running a waitlist in 2020. Satisfaction dipped a little but remained high, with nine in ten parents reporting that they were happy with their child’s summer program overall. Interestingly, the average cost for summer programming in 2020 was reported at about $120 per week, down more than $80 from the previous year. This was likely due to a combination of reduced cost to conduct virtual versus in-person programs and the availability of Covid relief funding to assist schools, organizations, and families. Forty-eight percent of parents reported that their child’s 2020 summer experience came at no cost to them. Schools provided about 30 percent of summer programming, community-based organizations provided about 23 percent, and cities and towns provided 21 percent. Unmet demand for summer programs remained high once again, with 57 percent of families who reported not having a child in a summer program saying they would have liked to have enrolled their child in one if they could have, although the caveats around the definition of “availability” remain.

What might all this mean for the summer that is now upon us? That’s far from clear, but what we can see so far is troubling. Seventy-nine percent of program providers surveyed in February and March 2021 said they would be providing structured activities this summer, but 36 percent of those said that they are most concerned about their ability to meet the demand from families. This despite the fact that the American Rescue Plan provides more than $1 billion for summer enrichment activities and allows state and local education agencies to target billions of additional dollars to summer learning programs to help students recover from the pandemic. Not to mention the expanded and refundable child tax credit, which parents could choose to use on enrichment activities like summer camp. School districts are gearing up, but even those with robust programs are shying away from calling it “summer school” and from mandating attendance for even those students with the clearest needs. Despite the fact that many of the barriers to access reported in previous years—cost, transportation, awareness—might be swept away in the tsunami of money available, and despite the need for more and better programming following more than a year of disrupted learning, the survey data seem to point to more of the same: sizeable numbers of students missing out on summer opportunities.

Even though the desire to return to pre-pandemic norms may be strong, we must be clear-eyed about whether those norms were good enough to begin with. And despite the obstacles we faced in 2020, they could help inform improvement so that a better version of systems and activities can go forward. How this summer’s programming for students fares could be a harbinger of what more is to come. Here’s hoping for detailed data and robust analysis thereof.

SOURCE: Afterschool Alliance, “Time for a Game-Changing Summer, With Opportunity and Growth for All of America’s Youth” (May 2021).