An overview of the computer science provisions in the state budget 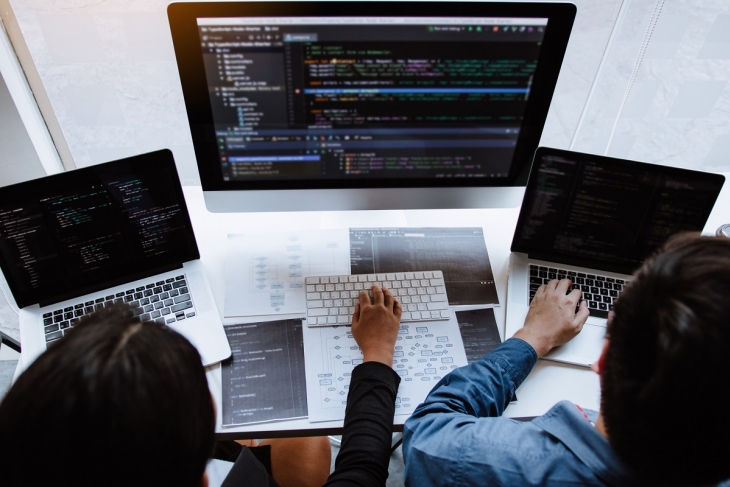 It’s rare for policies that are proposed in the state budget to sail untouched from the governor’s office through the House and to the Senate—especially if they’ll have a significant impact on the status quo. But that’s exactly what seems to be happening with the governor’s computer science proposals, which were recently passed by the House with virtually no changes and are now before the Senate.

Assuming these provisions move just as smoothly through the upper chamber, what would they mean for Ohio? Here’s a brief overview of three significant aspects.

The House-approved budget calls for the Ohio Department of Education (ODE), in conjunction with the Ohio Department of Higher Education, to establish a committee tasked with developing a plan for implementing computer science education statewide. Both the state superintendent and the chancellor of higher education (or their designees) must be members, and they are responsible for appointing the remaining participants. The budget language doesn’t specify an official number of seats, which means the committee can be as large as the superintendent and chancellor want it to be. It does stipulate, however, that it must include teachers, representatives from the career and technical education sector, institutes of higher education, businesses, and state and national computer science organizations.

Once committee members have been appointed, they will be responsible for developing a plan for implementing computer science education at the primary and secondary level. The plan must be completed no later than one year after the bill goes into effect, and must be made public via ODE’s website.

The list of topics that the committee is charged with considering when drafting the plan includes:

Although these topics aren’t required to be part of the committee’s plan, some of them definitely should be. For example, the committee would be wise to research and then actually address how the state can establish a sustainable pipeline of well-trained teachers in this field. Computer science education is growing in popularity, but it’s still uncommon enough at the primary and secondary level that there may not be enough teachers to go around. A shortage would be especially likely during the first few years of a statewide implementation effort, when all of Ohio’s schools are suddenly scrambling to find certified teachers.

The bill also outlines two things that the plan must include. First, it has to contain “an examination of the challenges that prevent districts from offering computer science courses.” This is critical, especially given the course offering requirement discussed below. It’s important to note, though, that the legislative language only mandates an examination; actual solutions aren’t required. Second, ODE must collect data on districts’ computer science offerings, including course names and whether they are based on the state’s standards and model curriculum. The state must then post these data on its website.

This proposal is the most controversial, as it requires traditional public schools to offer students the option of enrolling in a computer science class. This could mean a course offered by the district (perhaps one of the AP Computer Science courses), an integrated course (a general education class that incorporates computer science principles) also taught by the district, or an approved online class offered by an outside educational provider.

To assist with the online option, the bill requires ODE to establish a statewide program aimed at high schoolers. Under the program, the department will solicit and review proposals from education providers that are interested in offering courses to districts. The bill outlines a few conditions for approval—proposed courses must be rigorous, aligned to state standards and the model curriculum, and credit-bearing—as well as some stipulations for how providers receive payment for their services. For the most part, though, the details of program implementation have been left to ODE.

There are two additional provisions worth noting. First, although it’s up to districts which courses and delivery methods they offer, there are some hard deadlines they must meet. Students in grades 11–12 must have the option to enroll in a course during the 2022–23 school year, and students in grades 9–10 must be able to enroll during the following year. By 2024–25, all students in grades K–12 should have the option to enroll in an age-appropriate course. That’s a tall order, and it doesn’t give schools much time to get their ducks in a row, especially given the potential shortage of certified teachers. The online course options approved by the state will likely be critical to ensuring access for all Ohio students by these deadlines.

Second, the bill allows local boards of education to submit a request to the state superintendent asking for permission to waive course offering requirements for students enrolled in a particular building. Approved waivers can last no longer than five years, but districts are permitted to apply for renewal. It’s unclear why this provision was included, unless it was to forestall some predicted pushback. It’s similarly unclear whether the provision was intended for certain schools and, if so, which ones. One thing’s for sure, though: Without more clarity from lawmakers, underserved and disadvantaged students could be those who end up being denied access. And that’s not OK.

All things considered, the budget’s take on computer science is a mixed bag. Establishing a diverse committee to create a statewide plan is a smart move, and the topics that the committee must consider are all worthy of attention. But the requirement that traditional public schools offer computer science courses to all students within the next few years is far more complicated. The proposal is well-intentioned. In an increasingly digital world, students would benefit from computer science content. But without answering some of the more pressing concerns that the bill itself identifies—such as course rigor and teacher talent—students may not see the benefit policymakers intend.