Ohio should help teachers who are buying their own classroom supplies 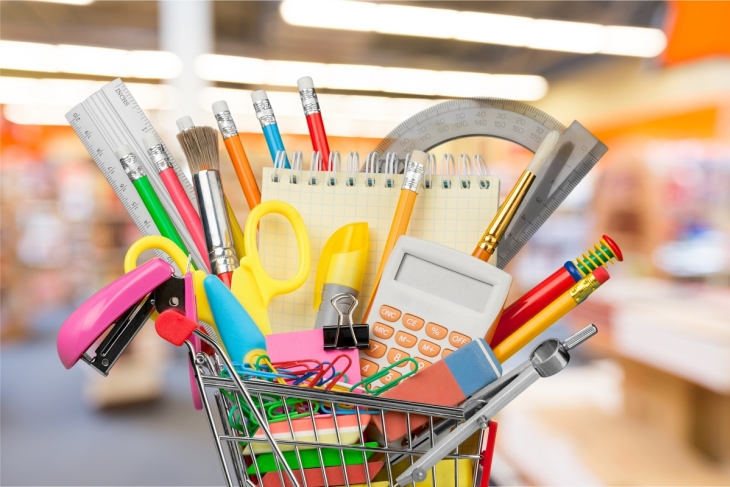 Thanks to inflation and supply chain issues, back-to-school shopping was an especially tight squeeze for many families this year. But parents aren’t the only ones shouldering the financial burden. Teachers are, too.

Most people know that teachers often spend their own money on items like student supplies, instructional materials, and classroom decorations. But many don’t realize just how steep the costs can be. A teacher questionnaire administered as part of the federal 2015–16 National Teacher and Principal Survey found an average spending total of $478 among teachers who used their own money to purchase classroom supplies. On average, elementary teachers spent more than secondary teachers, and the spending amount was higher for teachers at city schools (compared to suburban, town, or rural schools), as well as for teachers in schools where 75 percent or more of students were eligible for free and reduced-price lunch. Unsurprisingly, reported costs seem to have increased with time. A teacher spending survey conducted in 2020 by Adopt A Classroom found that teachers spent an average of $745 on school supplies during the 2019–20 school year. With recent inflation hikes, the totals for this year are likely even higher.

Asking employees in any profession to spend their own money so they can do their job is troubling. But it’s particularly egregious that we ask teachers to do it. In Ohio, public school teachers earn an average of about $65,000 per year. And while that salary places them in the middle class (depending on their household size and additional income), it overlooks plenty of nuances. For example, teachers who choose to work in rural and urban high-poverty districts often make less per year than their counterparts in more affluent suburban schools. Many don’t have spare cash to devote to their classrooms or to students who struggle to afford their own supplies, but they scrape together the funds anyway. Those who teach in traditionally hard-to-staff subject areas like math and science make considerably less money working in schools than they would in the private sector, and early career teachers make far less than their veteran peers. But they, too, choose to funnel a portion of their hard-earned salaries back into their classrooms. Resources like Adopt A Classroom, DonorsChoose, and classroom wish lists on Amazon can help, but relying on the generosity of strangers isn’t always enough.

It’s also not good policy. Ohio policymakers are already gearing up for budget season next year, and they’re considering a wide range of initiatives designed to support teachers and tackle possible shortages. Addressing out-of-pocket expenses should be on the list. Federal policymakers have tried to ease the financial strain via the teacher expense deduction, which allows eligible educators to deduct up to $300 from their income for classroom materials they haven’t been reimbursed for, but this amount is well below what most teachers report spending each year.

Ohio should consider supplementing the federal provision with state-level support. Obviously, lawmakers can’t just write a blank check to every teacher in the Buckeye State. And we need to start asking some tough questions about why teachers have to resort to spending their own money. The answers are likely complicated. But to address the immediate problem, state leaders could create a program styled after education savings accounts that distributes a set dollar amount to each teacher at the start of each new school year. These funds could be spent in certain stores via a debit card, and could be used to cover the cost of supplies and materials that teachers would normally have to pay for on their own.

Such a program would need strong guardrails to prevent fraud and waste. For example, all purchases would be subject to audit, and unused funds that remain in accounts as of July 1 would revert back to the state. But Ohio has created and managed similar programs before, so this isn’t out of the realm of possibility. And even if lawmakers decide that an ESA-style program isn’t the best method, there are other options—state tax credits, a state-run reimbursement program, or dedicated funding streams for schools to direct to teachers are all possibilities. What matters is that state leaders address the problem. And here’s hoping that during this upcoming budget season, they do.