Is Ohio meeting its student achievement goals under ESSA? 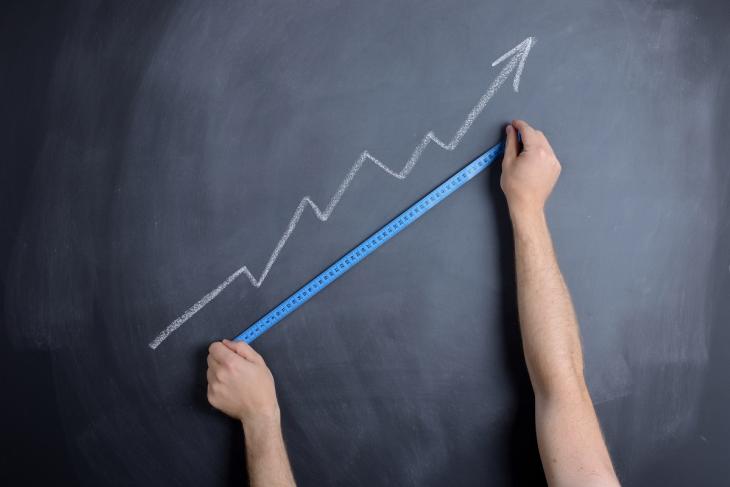 Back during the 2016–17 school year, Ohio was in the midst of creating its plan for meeting federal education requirements under the Every Student Succeeds Act (ESSA). One provision in ESSA calls on states to set “ambitious” goals for English and math proficiency rates, including narrowing achievement gaps between students of different backgrounds.

With significant input from Ohioans, the state’s ESSA plan establishes steadily increasing achievement targets for all Ohio students, as well as for nine specific subgroups. For instance, under Ohio’s plan, economically disadvantaged (ED) students are expected to almost double their English proficiency rate from a baseline of 39.3 percent in 2015–16 to 69.7 percent by 2025–26. While meeting this target won’t necessarily erase the entire gap between ED students and their non-ED peers, it would be a terrific accomplishment to help so many low-income pupils become proficient in reading and writing.

In the wake of last month’s release of the 2018–19 school year data, we now have three years of test scores to check whether Ohio is meeting its achievement goals. Note that the specific goals vary by subgroup depending on their starting point, but all subgroups are expected to show improvement each year.

Without further ado, let’s dig in.

Figure 1 below shows English and math proficiency rates on state exams among all Ohio public school students. The solid lines display the actual results in these subjects (combined across grade levels), while the dotted lines represent the state’s proficiency targets for all students over a five-year period. Ohio students have outperformed the state’s targets in English in each of the past three years. That’s good news. However, students have not had the same degree of success in math. In 2018–19, math proficiency rates fell noticeably short of the state’s goal: 61 percent reached proficient versus a 65 percent target. Moreover, in both subjects, Ohio will need to increase its rate of improvement to keep pace with the escalating targets set forth in its ESSA plan.

Figure 1: English and math proficiency rates for all Ohio students, actual versus goal 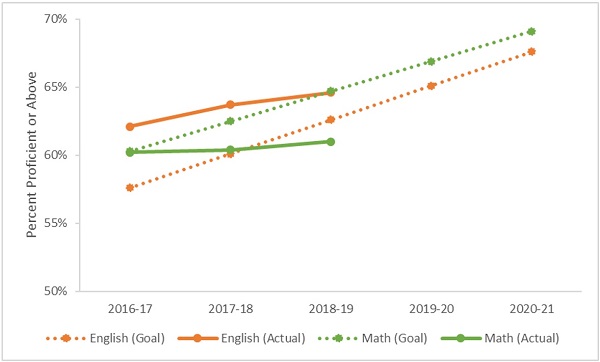 Sources for figures 1–3: Ohio Department of Education, ESSA Plan (Appendix A) and State Report Card. Other subgroup comparisons—e.g., by race/ethnicity—can be examined by following these links. Note: The ESSA goals for 2016–17 were set prior to the release of the 2016–17 report cards on September 14, 2017. A draft version of the goals presented at the July 2017 State Board of Education meeting matches the goals submitted to the U.S. Department of Education on September 15, 2017.

A similar story emerges for the economically disadvantaged subgroup of students. As the orange lines in Figure 2 indicate, ED students outperformed the state’s goals in English over the past three years. But they’ve been missing the mark in math. In 2018–19, just 46 percent of ED students reached proficiency in math, while the goal was 51 percent. If the flat trend in math proficiency persists, an even greater gap will emerge between ED students’ actual proficiency rates compared to the targets. 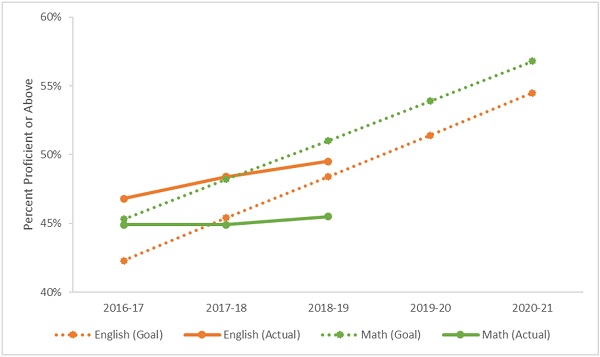 Figure 3 reveals the results for students with disabilities (SWD), who represent 15 percent of Ohio students. Here, the results are especially disappointing. In 2018–19, proficiency rates in both subjects fell short of the state goals for SWDs. Less than 30 percent of SWDs reached proficient in math and English, while the goal was set at 33 percent in English and 36 percent in math.

Figure 3: English and math proficiency for students with disabilities, actual versus goal 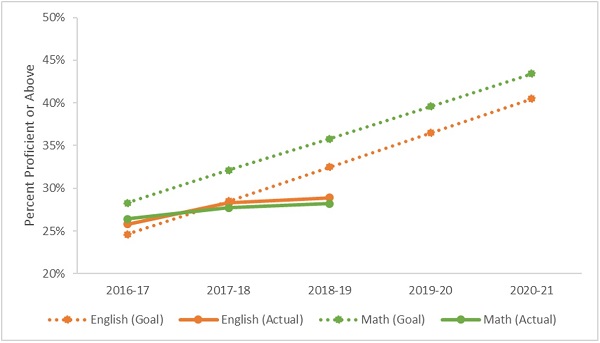 Setting and striving to reach ambitious goals around English and math proficiency makes common sense. Students who cannot read, write, and do math proficiently by the time they exit high school are likely to face a lifetime of frustration in the workplace and in their adult lives. The data shown above indicate that, while Ohio has made incremental gains, the pace of improvement—in math most urgently—needs to quicken if these proficiency goals are going to be met in the years to come.