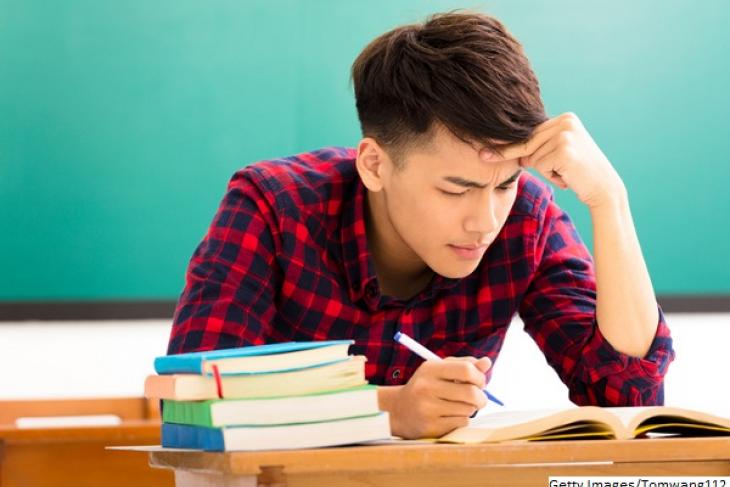 New York has become the latest Common Core state to issue rewritten learning guidelines aimed at mollifying critics of the standards. The state’s move seems to follow a familiar pattern: officials promise a “major departure” from the controversial standards while actually changing very little. Like marketers re-launching an unpopular laundry detergent with the words, “New and Improved!” the underlying standards remain largely intact, get rebranded with the state’s name (and without the words “common” or “core”), and voila!

At first glance, this would appear to be precisely the case with the “New York State P-12 English Language Arts and Mathematics Learning Standards,” which were unveiled for public comment last week. Many of the changes in the “new and improved” learning standards were “tweaks to language, or clarifying examples,” noted The New York Times, wise to the game. “But the broad concepts that students were expected to master in math and English from prekindergarten through the twelfth grade were left unchanged.”

But the devil is in the details. On closer examination, what New York has done is roughly akin to leaving a bathtub intact with all the water inside, but subtly dislodging the drain plug—a minor shift that eventually changes everything. What’s leaking out is the standards’ emphasis on “text complexity.”

One of Common Core’s original ten “anchor standards” called for students to “read and comprehend complex literary and informational texts independently and proficiently.” This standard has disappeared from New York’s revised standards. In its place the new version says only, “Text complexity standard to be moved to supporting guidance.”

What that means is anybody’s guess, but it should alarm New York parents, who should fight tooth and nail any impulse to lower the bar on student reading. “Text complexity” is the keystone holding the entire set of standards in place.

Bear in mind that English Language Arts standards are notoriously fuzzy. Standards in math, science, and social studies are “content” standards. They describe what children should know in these subject areas: the skills of arithmetic, algebra, trigonometry, the planets in the solar system, what happened in the Revolutionary War, etc.

But reading is not an academic subject with a body of knowledge to learn, practice, and master. Thus, ELA standards are “process” standards. They don’t tell what children should know, only what they should be able to do. Which novels, stories, poems, and works of non-fiction should teachers put in front of their students in order to help then read on grade level? The standards don’t say. For example, the revised standards say that sixth graders should be able to “draw on information from multiple print or digital sources, demonstrating the ability to locate an answer to a question quickly or to solve a problem efficiently.”

That may sound rigorous and sophisticated, but again, the devil is in the details. If New York’s new standards don’t explicitly specify challenging content, there’s no guarantee kids will be taught or tested with the kinds of challenging materials that put them on a path toward college.

Text complexity is, well, complicated. Broadly speaking, it refers certain physical features of a text, including vocabulary and sentence length; as well as subjective measures such as language usage, theme, meaning, and the knowledge demands a text places on the reader. (You are currently reading a reasonably complex text!)

Along with valorizing a rich, well-rounded curriculum, expecting students to grapple with complex text is—was—a centerpiece of Common Core.

This was a big shift from the standard classroom practice of “leveled” reading, which broadly speaking involves determining a child’s “just right” reading level, and asking students to read a lot at levels that are ever-so-slightly above it.

Going back nearly seventy years, there have been only about a half-dozen studies on the effectiveness of the leveled reading approach. Tim Shanahan of the University of Illinois at Chicago discovered those studies find that “student text match [leveled reading] makes no difference...or it holds kids back” and actually lowers their achievement.

By contrast, the evidence base for teaching with complex text above a student’s putative “reading level” is deep and persuasive: Common Core’s architects were particularly influenced by evidence from years of ACT college entrance exams.

When researchers divide test passages into “uncomplicated,” “more challenging,” or “complex,” a clear pattern emerges. “Performance on complex texts is the clearest differentiator in reading between students who are likely to be ready for college and those who are not,” noted a 2006 ACT study. “And this is true for both genders, all racial/ethnic groups, and all family income levels.”

In plain English, students who learn to work with complex texts during their K–12 years can handle the demands of college reading. Those who haven’t cannot.

New York’s new draft standards are now open to public comment through November 4. Parents who want their children not only to get into college but to be successful there should demand the state reverse course and restore to the standards clear and explicit language favoring teaching with complex texts.

Editor’s note: A shorter version of this article originally appeared in the New York Daily News.