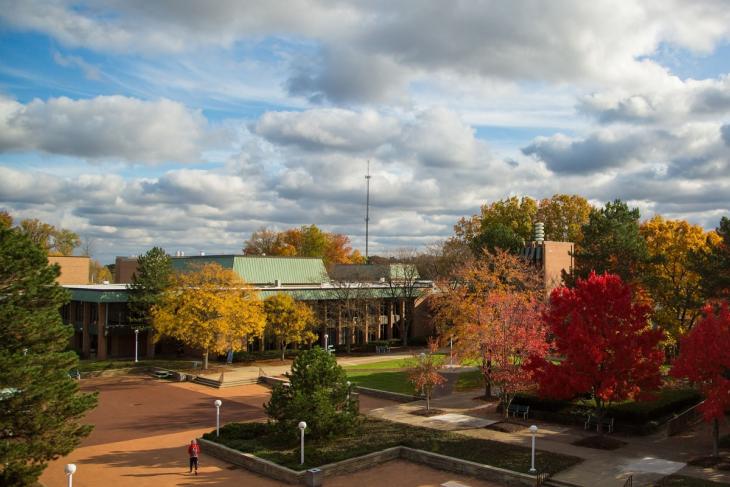 Lorain City Schools is no stranger to negative headlines. As one of three districts currently under the control of an academic distress commission (ADC), it has been a hotbed for controversy.

Fortunately for the students in the district, this autumn seems to be bringing a nice change of pace. First, what you’ve probably heard about: September’s state report card release revealed that Lorain earned an overall D (up from an F last year), raised its Gap Closing grade all the way up to a B, and improved its performance index scores.

But here’s what you probably don’t know: Earlier this month, the U.S. Department of Education announced that the district, along with several other industry and education partners, won a federal grant to modernize workforce training.

To understand the importance of this grant, some background is necessary. Last summer, President Trump signed the Strengthening Career and Technical Education for the 21st Century Act into law. The legislation, referred to as Perkins V, is the long-awaited reauthorization of the federal law that governs how states fund and oversee career and technical education (CTE) programs. Tucked into the pages of the new law are provisions creating the Innovation and Modernization Grant, a competitive program aimed at creating, implementing, replicating, and taking to scale “evidence-based, field-initiated innovations to modernize and improve” CTE, with the goal of improving student outcomes.

The U.S. Department of Education announced in mid-April that $2 million dollars would be available for the program. To be considered for the grant, applicants had to propose a plan that would modernize CTE, develop the effectiveness and alignment of CTE with labor market needs, and improve student outcomes. The law also identified several competitive preference priorities: promoting STEM and computer science education, serving students from low-income families, and serving students in qualified Opportunity Zones.

Earlier this month, the department announced nine winners out of sixty-four nationwide applicants. Among the victors was an application from Lorain County Community College, which partnered with—you guessed it—Lorain City Schools to win a three-year grant worth just under half a million dollars. Lorain City Schools is one of nearly a dozen partners, including:

There isn’t a ton of information available about the specific project itself, but the information that is available seems promising. The project aims to “engage and support” students in computer science CTE pathways that lead to applied associate’s degrees in computer science and result in employment in in-demand fields. Working together, the partners will work to achieve five goals:

If accomplished, each of these goals could be a boon for the students in Lorain City Schools and other partnering districts. Supporting students to meet postsecondary admittance standards, for example, ensures that students will avoid expensive remedial courses when they get to college. Earn-and-learn opportunities have become increasingly popular both nationally and in Ohio, and for good reason—they offer students meaningful opportunities to develop academic and career skills. It’s also important that the project will focus on computer science. According to Code.org, a nonprofit dedicated to expanding access to computer science, Ohio has thousands of open computing jobs, and average salaries for computing occupations in Ohio are significantly higher than the average salary in the state.

As with all new projects, the devil will be in the details. Rigorous implementation and a focus on meaningful outcomes for students should be priority. But kudos to the folks in Lorain County for taking the initiative to create a project that could have such a significant impact on the students in several districts—including Lorain City Schools.