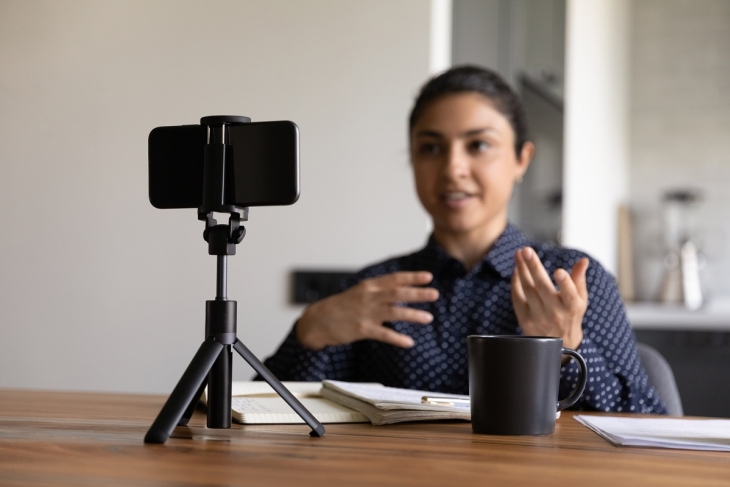 A new report from the Journal of Chemical Education takes a look—pre-pandemic—at the ways in which college students benefited from a new opportunity to participate remotely in their education.

In this study, college juniors taking a core course in chemical engineering at the University of Michigan were required to complete a nine-week team-based project on the topic of mass and heat transfer. They had to identify a relevant problem they wanted to tackle, develop a solution via experimentation, and then present their findings in various forms both written and visual to an audience. Traditionally, the visual presentation consisted of an in-person replication of the team’s experiment in front of the class. But in 2017, an option was added for students to create a video presentation instead.

The researchers used this change to test whether the video presentation option had an effect on students’ engaged-learning outcomes. Specifically, the analysts were looking to see the effect of the presentation modality on students’ perceptions of their creativity, innovation and risk taking, social responsibility (for addressing social and ethical issues and for public outreach), teamwork, confidence in their ability to apply engineering concepts and to tackle future challenges, and communication for written and oral presentations.

A total of 248 students completed the course project in the fall semesters of 2017 and 2018, with 137 choosing an in-person presentation and 111 choosing to create a video. Multiple surveys and focus groups were conducted with participants throughout the semester, including a pre-project questionnaire to obtain baseline data. Slightly less than 60 percent of students reported ever creating a similar video presentation before, but the students’ reported comfort score was nearly identical for both video and in-person presentations, indicating a familiarity with non-academic presentations such as YouTube videos or Vines.

As an example of this, the researchers cite focus group data which specifically noted the time constraints on the in-person presentation. A handful of students reported creatively condensing their in-person presentations, but a majority responding said they chose shorter options that could be completed within the 10 to 15 minutes allotted, thus limiting their choice of problem and solution. By contrast, a majority of students opting to create a video reported conducting experiments that took far longer than 15 minutes to complete, editing hours or even days of data/footage into short and illustrative bites.

The impact of the presentation modality on teamwork, self-confidence, and communication was not significant, perhaps indicating that these learning outcome areas were more strongly influenced by the research phases of the project—which were largely similar regardless of ultimate presentation type.

The upshot is that video presentations built on the strengths of the other aspects of the project and helped students in this class be more creative and take more risks in pursuit of their education. However, video creators reported a much lower impact on social responsibility than their in-person peers, entirely attributed to the lack of in-person communication with the audience. In-person presenters reported that a live Q & A session boosted understanding of the subject matter for both the audience and themselves, while video creators received feedback only from their instructors and reported no additional a lack of engagement beyond the completion of the work itself.

Over the last year, pandemic-related disruptions of traditional education models have led to a greater reliance on digital teaching and learning in both K–12 and higher education. While the preference of many is to return to a fully in-person model, some students and teachers managed to adapt quite well to various aspects of the virtual and hybrid models. Live, synchronous interaction is important, but we have evidence that subject matter knowledge, individual and group creativity, and personal self-confidence can also be boosted by thoughtful and well-designed remote learning experiences as well.