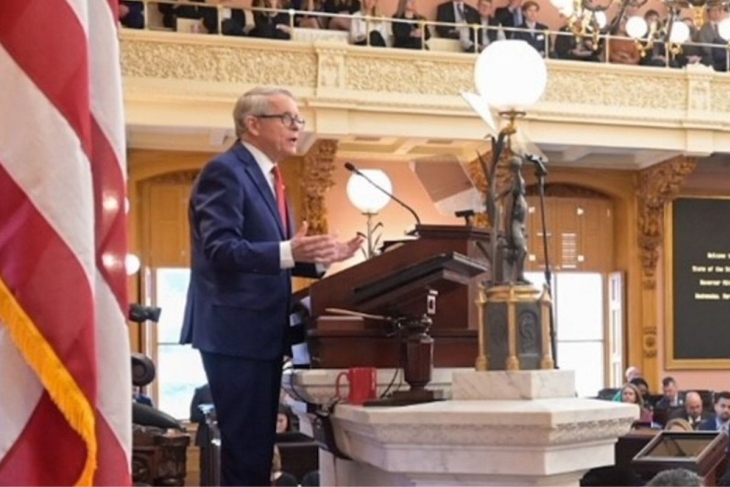 Courtesy of State of Ohio

Last month, Governor Mike DeWine cruised to a second term, easily dispatching challenger Nan Whaley by a 63 to 37 percent margin. Congrats to the governor, Lieutenant Governor Husted, and their team on the win. Now comes the real work—and the rewarding part—of the job: helping to secure a stronger and brighter future for Ohio.

In K–12 education, Governor DeWine has already made a mark during his first term. His most notable accomplishments include launching a supplemental funding program for quality charter schools that narrows funding gaps and supports the expansion of great schools, creating an incentive program that encourages high schoolers to earn in-demand industry credentials, and pushing for stronger non-academic supports in schools such as mental health, mentorships, and counseling.

Of course, much of his first term was understandably consumed by the pandemic, including helping schools navigate the unprecedented challenges. In this area, he recognized the importance of promptly reopening schools for in-person instruction and put educators at the front of the line for vaccines to help make it happen. Seeing the impacts on student learning, he asked schools to craft academic recovery plans in early 2021. He even nudged the Cleveland Metropolitan School District to reopen after reports surfaced that the district planned to delay reopening, even though nearly every other school system had already done so.

While the pandemic has thankfully passed, students are still reeling from the disruptions. National and state assessment data released earlier this year unambiguously show that large numbers of students remain far behind. Ohio’s 2022 scores on the National Assessment of Educational Progress slumped to their lowest levels since 2003. Likewise, student achievement on state exams in 2021–22 fell well below pre-pandemic marks. Both assessments indicate that Ohio’s low-income and minority students have suffered the greatest academic setbacks. The declines have hit nearly every community in Ohio: 563 out of 607 districts, for example, registered lower performance index scores last year compared their pre-pandemic marks.

If these losses are left unaddressed, tens of thousands of Buckeye State students will leave high school with weaker academic skills, thus diminishing their likelihood for success in higher education or technical training, lowering their earnings capacity, and imperiling the long-term growth of Ohio’s economy.

No one wants a dimmer future for Ohio’s next generation. But getting students back on track is a big lift—one that could certainly use the governor’s muscle. While Governor DeWine is undoubtedly aware of the academic challenges facing students, it’s not yet clear whether educational recovery will be at the top of his second-term agenda. He didn’t say much about it on the campaign trail, and his forthcoming budget proposals have yet to be unveiled (that blueprint, which will be released early next year, will more clearly signal his priorities).

As the governor considers policy priorities, he should put learning recovery front and center. But how, specifically, could he tackle learning loss? Consider the following:

Ohio’s 1.7 million students need an advocate in high places who can stir Ohioans to act on their behalf and ensure that they do not suffer the long-term consequences of a crisis not of their own making. Governor DeWine has already achieved much during his tenure in public service. Leading the charge in helping students get back on track might just become his signature accomplishment.