How families adapted to early Covid disruption and remote learning 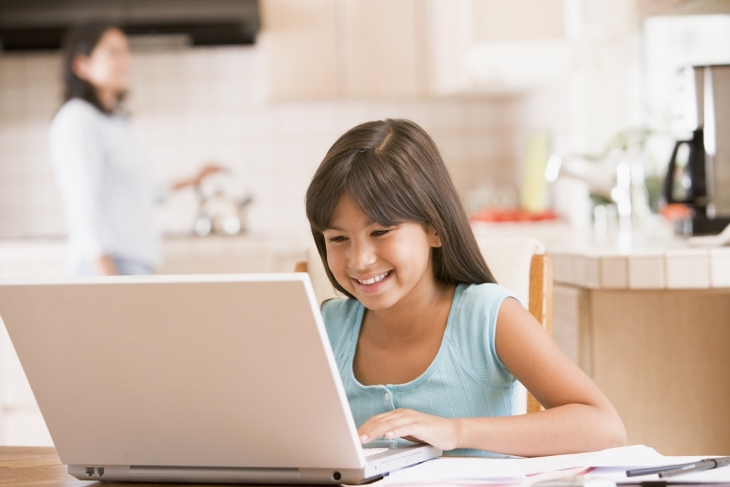 In the spring of 2020, a group of researchers from the University of California San Diego was engaged in a longitudinal study of changes in young children’s learning experiences during kindergarten and first grade at an anonymous, medium-sized, socioeconomically diverse school district in southern California. Two weeks after the initial suspension of schooling in March 2020, the caregivers in the larger study were invited to participate in a different project, which would use a remote daily diary protocol to collect information on family life, including their children’s educational activities, under lockdown.

Thirty-two primary caregivers with a child in kindergarten agreed to participate. The majority were mothers; 44 percent of the parent-child dyads identified as Hispanic, 34 percent as white, and 22 percent as mixed race. The children were six and a half years old on average. About a third of the dyads came from Spanish-speaking homes. Families came from diverse socioeconomic backgrounds, with 25 percent from the lowest income group (earning less than $50,000 annually), 22 percent from the middle-income group ($50,000–$75,000), and 44 percent from the highest income group (greater than $75,001). Fifteen percent did not fully answer the income questions and could not be classified.

Families were prompted via text message to fill out a survey instrument five times per day over the course of five days at two different time points. The first survey wave was given three weeks after the district launched its virtual learning platform via Google Classroom, and the second wave was given four weeks later, in the second-to-last week of the school year. Messages were sent at random times throughout the day from 7:30 am to 9:00 pm for five consecutive days. Each text message included a link to the researchers’ five-minute survey, and participants were asked to complete it as close as possible to the time they received the text message. The link expired after one hour to help boost timely compliance. Parents primarily responded to surveys outside of school hours and mostly while they were with their children, which aided the analysis.

While the analysts framed their research interests in further detail in the report, they boil down to questions regarding what children and families were doing all day, whether caregivers ascribed positive or negative value to these activities, and whether caregivers were happy with the activities. They hypothesized that socioeconomic status of the family would likely impact the answers.

The majority of the time, children were reported to be with at least one parent. About half the time, children were also with at least one sibling. When not with a parent, children tended to be with a sibling, playing or sleeping alone in a room while the parent was in another part of the house, or with another relative. Low-income families were more likely to report that they were with their child at the time of responding to the text survey than were middle- and high-income families. Primary activities reported were mealtime, chores, educational activities, sleeping/resting, play, outside time, and technology use.

Overall, caregivers reported high levels of enjoyment in their own activities and even more in their children’s activities. They reported feeling positive emotions a majority of the time (66 percent), followed by overwhelmed emotions (18 percent). Parents only reported a negative emotion in three percent of their responses. Low-income parents reported having more positive emotions than did their high-income peers. In general, caregivers attributed their emotional states, both positive and negative, to unspecified “personal experiences” or to the activity they were participating in at the time of reporting. Their emotional states were attributed to their children’s experiences 21 percent of the time. Parental enjoyment was correlated with children’s enjoyment and with children’s activities deemed to be building social skills. Notably, neither parent nor child enjoyment were associated with activities appraised as building academic skills.

What are we to make of all this? While it is a limited snapshot of a handful of families in the earliest weeks of the pandemic, the positivity expressed almost across the board is very clear. The families surveyed appeared to be going about their lives with as much normality as they could muster given the upheaval around them. If anything, the picture is a somewhat quaint one of generations living and interacting together more often and more fully. If parents were fearful of short- or long-term employment or educational disruptions at the time, it did not register in these detailed surveys. Like most of us, they likely believed the situation to be temporary, even two months into the plague. But when it ceased being temporary—similar research could likely pinpoint the timing and the catalysts—the positivity ebbed as learning loss and economic disruption became obvious and quantifiable.