Every American school has talented students. It's time to start acting like we believe that. 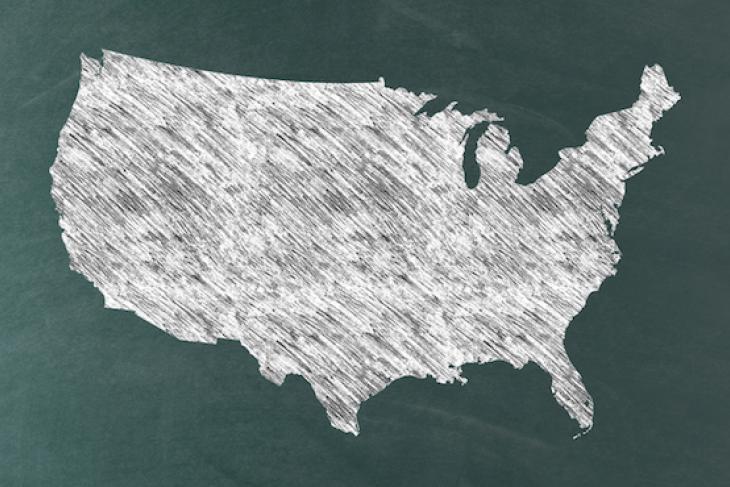 The new Fordham Institute report, Is There a Gifted Gap?, gave me a lot of food for thought this week.

Let’s start with some important positives: Although gifted education research is in many ways thriving, attention to policy research has been woefully underdeveloped, and this study is a major contribution to filling that void. I’ve also been encouraging colleagues to dig into the U.S. Department of Education’s Office For Civil Rights data for a couple years, and it’s nice to see someone do so, and with a substantial payoff. The results also line up with other recent research, providing valid evidence for the findings. For example, the six states with more than 90 percent of high-poverty schools offering gifted programs are similar to those that score highest on an upcoming Jack Kent Cooke Foundation report on state-level policies to close excellence gaps (the first edition is available here). The recommended solutions in this report are also right on the money, which I’ll return to in a bit.

There are, however, some important caveats that readers should consider:

Regardless of these caveats, the results tell us something important, and they lead to additional, more complex questions (which is the point of research after all).

My main criticism is that I don’t like the title. I would have preferred “Is There a Gifted Programming Gap?” We already have a rich literature on excellence gaps and identification gaps, so the title doesn’t tell the reader what the report is really about—and implies it could be about a range of topics that it doesn’t directly address.

With respect to future directions, I strongly endorse the authors’ recommendations. Indeed, my colleagues and I have made the same suggestions (see here and here). Universal screening is a no-brainer, and recent research suggests it helps narrow participation gaps significantly. Although some of my colleagues disagree with me, I believe this screening can largely be done using existing data at low cost.

But such screening identifies advanced performers, not all students with advanced potential. That second number is much higher than the first, and probably a heck of a lot higher than people realize. Using local norms helps in this regard—and I’m about the fullest-throated proponent of local norms you’ll find—but it still doesn’t close opportunity gaps. The opportunity gap I’m most worried about is access to high-quality advanced learning with frontloading to ensure students are ready to capitalize on those opportunities. That’s the gap that vexes us, and that’s also where the authors’ third recommendation comes into play.

“Counter bias in identifying and serving minority gifted students” feels like a 30,000-foot recommendation, especially after the first two boots-on-the-ground recommendations regarding universal screening and local norms. But correcting this bias is the key to solving the problem once and for all.

The belief that black, Hispanic, Native American, and poor students are simply “not gifted” is pervasive. A few years ago, when I shared stories of principals telling me they didn’t have gifted students because “We’re a mostly black/Hispanic/poor school,” people often didn’t believe me (“We’re postracial!,” etc.). They tend to believe me now. Fighting this systemic bias is the only way to really solve this problem.

My recommendation is to focus our intervention efforts on our most struggling schools. I’m growing tired of demonstration projects in schools that are among the best performing in otherwise low-performing district. This isn’t uncommon, and it allows educational leaders and policymakers to say, “Well, it may work there, but our school is 100 percent black, 100 percent free lunch, and 50 percent homeless, so it would never work here.” However, if we focus on truly low-performing schools, we take that excuse off the table and start to chip away at the racial and class biases that allow excellence gaps to flourish.

And closing excellence gaps by focusing on the lowest-performing schools is do-able. Alberto Carvalho in Miami-Dade has seen impressive AP gains in schools that had never previously offered AP, and Pedro Martinez in San Antonio is essentially overhauling the entire, very poor district using gifted education and advanced learning principles. I’m working with the Sports and Arts in Schools Foundation at an elementary school in the Bronx to use gifted education principles (including universal screening, local norms, frontloading, and personalization) to shrink excellence gaps.

Excellence gaps are among our country’s most serious problems. They widen inequality, rob students of their intellectual dignity, and cause serious cultural and economic damage due to lost talent. We need to build on this helpful report to conduct additional policy research on advanced education, use universal screening with local norms to close identification gaps, and attack the widespread bias that restricts access to high quality programming. We have talented students in every single school in this country. As this report reminds us, it’s time to start acting like we believe that.