To deal with coronavirus fallout, diagnostic and state assessments are vital 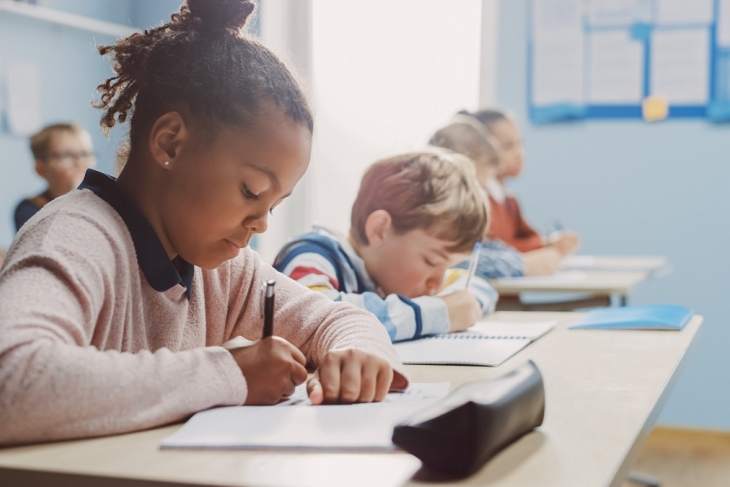 Over the last several weeks, Ohio lawmakers have been debating Senate Bill 358. The legislation would, among other things, eliminate state testing for the 2020–21 school year, provided the state receives a federal waiver.

Earlier this month, co-sponsor Senator Teresa Fedor told the Columbus Dispatch why she believes canceling state testing is the right move. “Any pressure we can relieve so that the focus is on teaching and learning, rather than testing and evaluating, will help our students succeed in the long-term.” She added, “We need to rely on tools that the schools use for diagnostic reasons and purposes so they know how to address (student) needs…we need to trust the teachers; we need to trust the educators and we need to give them as much flexibility as possible because we don’t know what conditions every school district is going to have.”

Senator Fedor is not the first to argue that local tests are better than those administered by the state. The idea behind this argument is that nobody knows students better than educators, so they are the best people to determine what students need. To do their jobs well, teachers need information as quickly as possible—and locally administered tests provide data much faster than state tests, which don’t deliver results for months.

It’s a logical argument. But it doesn’t mean local tests are better. They are better at fulfilling the specific purpose they were designed for: immediate feedback about what students know so teachers can plan and teach accordingly. State tests, meanwhile, are better at fulfilling their specific purpose: providing big picture measurements of student achievement and growth that allow leaders and researchers to identify patterns and trendlines and make policy changes as a result. Both tests can tell teachers and parents how much individual students have learned. But the scale of the two types of tests are vastly different.

Think of it this way: When you aren’t feeling well, the doctor uses several tools to evaluate your symptoms and determine what’s ailing you and how to fix it. Thermometers and blood tests are critical tools, but they serve two different purposes and communicate two different sets of information. A doctor could treat you based on the feedback from only one tool. But providing the best care often means utilizing both, especially if he or she is planning to refer you to a specialist. State and local assessments are the same. They provide different types of information to different groups of people and, when used in tandem, provide a much fuller picture of academic health.

It’s also important to remember that diagnostic assessments are just that—diagnostic. They diagnose where students are so that schools know where to start and what to do. State tests, on the other hand, are summative. They are designed to measure where students are at the end of a year and whether they learned the state standards for their grade level. Senator Fedor is right that diagnostics are critical. But they cannot and do not fulfill the goal of a summative test. To get a full picture of student learning, we need both.

The senator also makes a valid point when she argues that we don’t know the “conditions” every school is facing in terms of learning loss or student needs. But relying solely on local assessments causes more problems than solutions. We can’t know the true “condition” of Ohio’s schools if they’re all using different measurements and data points. And if we can’t compare schools, we can’t ensure equity. Experts have noted that low-income and minority students have been hit especially hard by school closures. To determine the extent of the damage in Ohio, we need to measure all of the state’s students against the same standards and compare those results to previous years. To track growth, we need to set an accurate baseline as soon as possible. And to ensure that students in underserved communities aren’t falling through the cracks, we need a single measurement that’s comparable and reliable across schools, subgroups, and geographic regions. The only way to accomplish all this is to administer state tests. Local assessments aren’t going to cut it.

Senator Fedor is correct that schools are under a considerable amount of pressure right now. But state assessments don’t need to be sacrificed to lessen that pressure. Lawmakers have it in their power to eliminate state-created, test-based consequences for the 2020–21 school year, just as they did last year. That approach would preserve the much-needed information gained through state assessments, while relieving much of the anxiety.