Closing the digital divide for charters 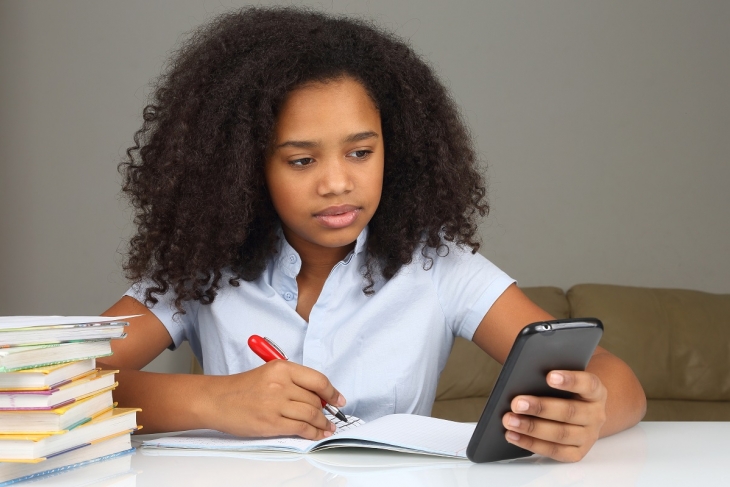 Approximately nine million students across the nation lack access to the internet or to internet-connected devices. Lawmakers and educators have known for years that this disparity, often referred to as the “digital divide,” can contribute to achievement and attainment gaps based on race and income. But the sudden and large-scale transition to full-time remote learning brought about by the coronavirus has sparked renewed concerns.

A recently published white paper from the National Alliance for Public Charter Schools (NAPCS) aims to shed additional light on the digital divide by exploring how many charter school students have limited internet connectivity and device availability. Because charter schools generally serve a higher percentage of low-income students than districts, it stands to reason that they would have a higher rate of students with limited access.

Very little data exist at the school level. But the authors were able to approximate connectivity and device access by using the American Community Survey (ACS), which provides household data at the census tract level. Connectivity data indicate the type of internet present in each household, including broadband and dial-up. Low-access homes are those that have dial-up or no internet. Device data indicate whether a household has digital devices such as computers, smartphones, or tablets.

To determine whether students at a specific school lack access, the authors geolocated schools to a census tract. Census tracts contain anywhere from 4,000 to 9,000 people, making it reasonable to assume that a significant portion of a school’s students live in the census tract where the school is located. The authors then used the 2018 ACS data to estimate digital access by multiplying the percentage of low-access households by school enrollment. Virtual charter schools were excluded from the calculations because their students are not tied to a specific geographical location, and because they need devices and connectivity in order to enroll.

The results indicate that although student-level gaps exist in both the traditional public and charter sector, they are likely somewhat larger for charter schools. More than 22 percent of charter students are estimated to lack connectivity, compared to 19 percent of district students. An estimated 13 percent of charter students lack devices, compared to 11 percent of district students. The device results are less compelling, since smartphones—which are typically considered unsuitable for schoolwork—are included in the ACS count of devices.

The paper also estimates digital access at the school level. Schools are considered low access if they are located within a census tract where one third or more of households lack devices or high speed connectivity. In terms of connectivity, approximately one in five charter students and one in eight district students attend a school located in a low-access tract. Charter students are around 60 percent more likely than their district peers to attend a school located in one of these tracts. They are also more than twice as likely as their district peers to be enrolled in a school located in a tract with low access to devices.

The paper also presented student connectivity by state and city. There is considerable variation between states, but of the forty-four with charter sectors, thirty-one have an estimated 20 percent or more of charter students lacking connectivity. Tennessee (nearly 37 percent) and Arkansas (nearly 34 percent) have the highest rates. In terms of total numbers, six states have more than 30,000 charter students who lack connectivity. California and Texas have the largest numbers, at 102,447 and 90,558, respectively.

The paper estimates that closing the digital divide for charters would cost around $243 million during the first year. Arriving at this dollar amount required making several assumptions, including the type of connection needed (wired versus wireless) and the total cost of devices, support, and insurance for each student. Given the current economic crisis, $243 million seems like a big chunk of change. But even with widespread funding cuts, it’s still a drop in the bucket. There’s a ton of uncertainty around reopening schools in the fall, but many leaders are leaning toward the possibility of hybrid schedules, with plenty of remote learning still happening from home. That means students will need device and connectivity access—and lawmakers will need to decide if paying to close the digital divide is a necessary expense.