Benefits and balancing acts: The impact of faith on educational outcomes 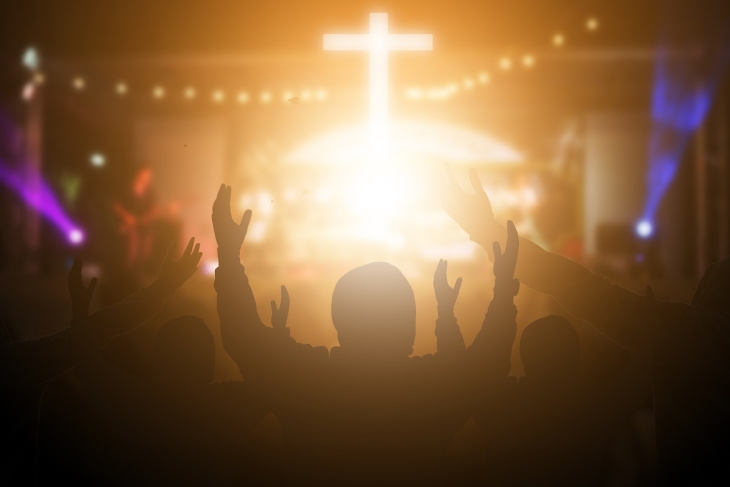 A 2018 Pew Research Center study demonstrated the perhaps surprising fact that the United States remains a robustly religious country, indeed the most devout of all the wealthy Western democracies. Ours was the only country out of 102 examined that had higher-than-average levels of both prayer and wealth. And while average rates of religiosity are declining and people are increasingly identifying as religiously unaffiliated, the percentage of Americans who are deeply religious has remained steady. Also perhaps surprising: This includes something like one quarter of all teenagers. In her new book, God, Grades, and Graduation, sociologist Ilana M. Horwitz delves deeply into teens’ lives in search of potential connections between religiosity and educational outcomes.

Primary data come from the National Study of Youth and Religion (NSYR). Beginning in 2002–03, NSYR surveyed 3,290 kids between thirteen and seventeen, as well as one of their parents. Analysts collected four waves of data, completing the study in 2012–13. Horwitz connects NSYR respondents with data in the National Student Clearinghouse (NSC) to track college attendance and outcomes. She also included data from the National Longitudinal Study of Adolescent to Adult Health (Add Health). Add Health, based at the University of North Carolina, surveyed approximately 20,000 students in grades 7–12 and one of their parents starting in 1994–95 and has continued to follow them over the past twenty-five years.

Horwitz focused her analysis on Christianity, as it is the most common religious affiliation reported in the U.S and encompasses a huge number of denominations and subgroupings. She is most interested in religious intensity, breaking out her subjects into three groups: atheists, non-religious theists, and the group she calls “abiders”—those who expressed the deepest, most life-encompassing faith. The bulk of the book looks at abiders—including numerous case studies of individuals across the socioeconomic, social class, and geographic spectra—and how their faith has intersected with their education trajectories. In a nutshell, strong religious faith appears to boost students’ educational attainment in high school—both GPA and graduation—while constraining their postsecondary outcomes.

Horwitz makes the case that the main purpose of secondary school is not gaining knowledge or critical thinking skills but learning how to behave and perform in a rules- and standards-driven environment. Specifically, schools tend to reward students for their ability to demonstrate certain “values, dispositions, and tastes that characterize the middle and professional class.” She goes so far as to suggest that these are the hallmarks of the “White Protestant status culture” upon which the public common school was founded. Who better to flourish in such an environment than those for whom the same ideals—cooperation, conscientiousness, good behavior, self-discipline, and high motivation—are practiced deeply at home and at church? Evidence suggests that these traits, when internalized and fully embraced, act as “guardrails” against negative behaviors and replicate aspects of the “social capital” enjoyed by higher income youth among those who may lack resources and supports and thus may typically be at risk of falling through the cracks.

Merit-based achievement in school is typically found in greatest supply among those already at the top in terms of family advantage. But evidence abounds in NSYR that those who follow the rules laid down by God, parents, and adult authorities gain an academic advantage—an approximately 10 percentage point bump over non-abiders—in course grades and GPA. This bump exists for both genders, all races, and for students from all socioeconomic strata. The same bump cannot be found in test scores—God won’t give out answers to the algebra final no matter how zealously one prays—but all the subjective measures that go into teachers’ final grades seem to be positively impacted.

However, the abider advantage takes an interesting turn after students step off the high school graduation stage. While thirty-two of every one hundred non-abiders in NSYR earned a bachelor’s degree, forty-five of every one hundred abiders did the same. So far so good. But abiders significantly “undermatch” in terms of college matriculation. Those who took home As and Bs in high school earn degrees from colleges with entering students’ average SAT scores 22 points lower than the average at colleges attended by comparable non-abiders who also got As and Bs in high school. Despite the high school advantage they experienced, abiders are going to (and graduating from) less-selective colleges. This is especially true of high-income abiders, whose double advantage is largely set aside and whose undermatch was largest of all.

Part of it, Horwitz argues, is that college is less about following the rules and more about doing the academic work. Test scores still matter for upper echelon institutions, devaluing the observed abider advantage. But abiders also reported being less interested in being accepted at more selective colleges—even those with the requisite SAT scores. A lack of interest on the part of many abiders in leaving home to attend a college that’s far away from family, church, and community—especially a college that’s perceived to be rife with distraction or temptation—drives this mindset. Living at home and commuting to Hometown U fills the bill just fine. Anecdotes from numerous abiders in NSYR show them ceding agency in their future to God. The goals that their faith has led them to adopt don’t call for rigorous postsecondary education, and even those with degrees were often in low-wage jobs in their mid-twenties as they awaited the call for whatever came next. Income levels for abiders in the workforce were markedly lower than their non-abider peers with similar educational attainment—the largest gaps once again concentrated among students from higher-income families. This likely comes from both the caliber of institutions from which they graduated as well as their post-graduation job choices.

Expression of religious faith takes many forms in America today. Horwitz’s deep dive into the lives of devoutly religious Christian young people clearly shows how faith interacts with important aspects of their lives, including education. The book covers a lot of ground and is a recommended read for any who have an interest in the topic and want to understand the academic journeys of students today.