All students deserve to be challenged 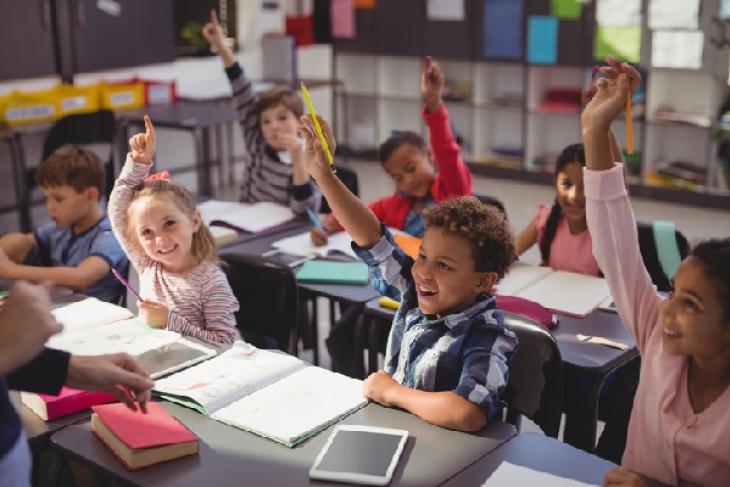 Chris Yaluma’s and my recent Fordham report on gifted education in high-poverty schools shows that the U.S. still has a long ways to go before it closes the “gifted gap,” the disparity in participation in gifted programs among student groups. Even in the earliest grades, black and Hispanic students participate in these programs at much lower rates than their white and Asian peers. But what is the rationale for gifted education in the first place? For those of us who are concerned about persistent inequities in American society and in our schools, “gifted education,” which through its name (somewhat offensively) implies that God or nature has “gifted” a special few, requires a strong justification.

While I would welcome a name change, I believe strongly in gifted education for one main reason: Kids in the same grade are not all at the same level for each subject. This may be intuitive; every child is a snowflake! But the differences within each grade are greater than you might think.

One recent study found a range of more than eleven grade levels in reading fluency and comprehension among fourth graders in a small group of diverse elementary schools. This is extraordinary variation, implying that a fourth grade teacher may have students reading at a kindergarten level and at a ninth grade level in the same classroom. Whatever the merits of “differentiating instruction,” a teacher cannot realistically teach sonnet analysis, spelling basics, and the wide spectrum of skills in between to the same set of students.

But it’s possible that this remarkable statistic is misleading. Perhaps one child prodigy could be what causes the range to be so vast.

To get a more practical sense of the proportion of students who are performing above or below their grade level, my colleague Nicholas Munyan-Penney and I dug up some school-level and district-level studies that included scores for the NWEA Measures of Academic Progress (MAP) assessment. (One study was of two schools, and the other of a district.) The MAP is a good source for this exercise because its scores are scaled in a way that is theoretically consistent across grade levels. In other words, a third grader and a ninth grader could both score a 225, indicating that they had similar levels of skill (in this example, near the score of the average American sixth grader). Since these studies reported the means and standard deviations for each grade, it is possible to estimate the proportion of students who score at a level closer to students in other grades in their school than those in their own grade.

The results confirm that there is substantial variation within students in the same school and grade, though few schools are likely to exhibit the kind of extreme variation implied by the study described above.

Figure: Many students score closer to the average of other grades than their own (estimates)

The national MAP data suggest that the variation expands greatly in later grades. (For this I did not have school- or district-level data to examine.) By eighth grade, the national variation in grade level is at least 50 percent larger than in fourth grade. High schools have developed many types of differentiation, including honors programs, Advanced Placement courses, remedial education, and other ways of addressing students’ diverse needs. Yet according to our recent report, 32 percent of elementary and middle schools still lack any kind of gifted programming.

Providing differentiated programming for students is so critical because connecting the curriculum to students’ interests and providing the appropriate level of challenge are powerful stimulators of student motivation. As Usher and Kolber put it in their study on student motivation, teachers should identify “tasks that are challenging enough to maintain students’ interests but not so challenging as to undermine students’ feelings of competence.” As anyone who has tutored understands, achieving this balance with just one student is not easy, but teaching in a way that will stimulate the interest of a classroom of students when abilities vary wildly is nearly impossible. And if the students themselves are disengaged and unmotivated, we shouldn’t be surprised if they don’t learn much.

With the large range of abilities in a classroom suggested by the MAP data, teachers are in a bind. Focusing on the high-achievers will leave much of the class feeling lost and frustrated, while teaching to the level of the students who are under-performing will bore much of the class, potentially leading to disruptions by students who are restless from under-stimulation. The Goldilocks middle might be okay if the classroom is more homogenous than the ones in the schools I analyzed, but in the average classroom it may turn out to be the worst of both worlds: Struggling students are passed over, and the high-flyers are busy engineering new spit-wad delivery systems.

Stimulating students to build skills and broaden their minds through challenging schoolwork is the main lever the education system has for propelling students out of poverty. Differentiated programming, including gifted programs, is an important way to keep students at all levels challenged and motivated.