Young, gifted, and black? Prepare to fight for your education 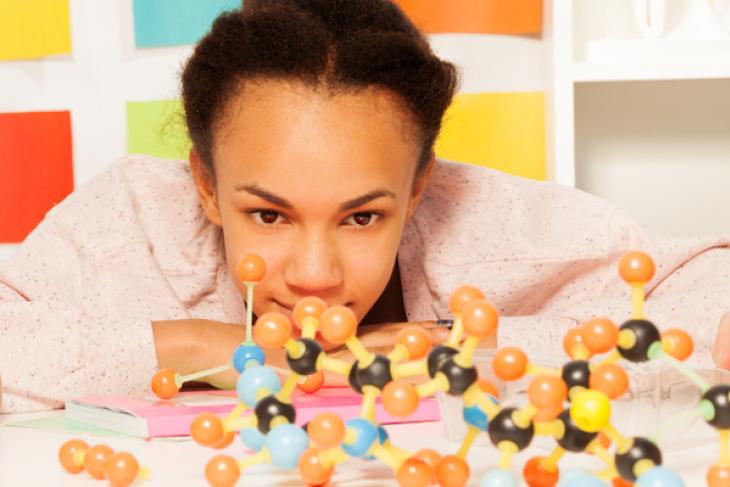 When I moved from California to Texas at age four, I was reading full books and writing at a first-grade level. After being iced out of one upscale community that wasn’t keen on having a single black mother as a neighbor, my mom moved us into a different district, specifically for its public schools. But when she went to enroll me in kindergarten, she was told that under no circumstances would I be allowed to enter kindergarten as a four-year-old, no matter what grade level I tested into.

School staff recommended I attend preschool for a year to wait it out. My mom did not accept that recommendation. Instead, she sent me to a nearby private school where I was welcomed into kindergarten with open arms. I excelled, and instead of falling behind a year, I stayed in private school through fourth grade. Then I transferred to public school, where I took part in programs for gifted students. When I graduated from high school at seventeen and went on to the Ivy League, it looked like the public education system had served me well, but the real reason I made it was the commitment of my mother.

Earlier this year, Vanderbilt University researchers published a study showing that even with the same test scores, black students are offered entry into talented and gifted programs far less often than their white peers. When a friend of mine who works in higher education posted the study on her social media feed, I was reminded of my own story, and how my mom’s advocacy landed me first in private school, then in the talented and gifted program in public school years later. I shared my story in the comments section, and scrolled through the comments her other friends made. It was all there—a self-selecting group of high-achieving people of color, all with their own stories of being pushed under by the education system, and only making it out because of the advocacy of their parents.

The stories were so similar, and so relevant, that I decided to collect them. All of them share the similar experience of having their intellect questioned by the educators who were supposed to guide them. These stories, told in each person’s own words and lightly edited for style, span the country geographically and are not limited to black students. But the majority are black. Most graduated from Ivy League schools.

Brandon. I remember when my mom had to move me from a school in Manhattan to a school in Brooklyn at the start of the second grade. The first school was an extremely high performing school. At the second school, upon registering me, they placed me in a low-level class for developmental students. After about two weeks, my mom noticed me coming home finishing homework in a breeze and complaining about the class. When she realized what kind of class I had been put in, she marched up to the school and demanded answers and that I be tested for the magnet program. At this time my mom was pretty young, and I guess the assistant principal thought he could bully her around. He insisted she had no idea what she was talking about and assured her I was tested when I was registered. It wasn’t until she dropped that she was a teacher, knew the system, and would be contacting folks from the district that his face dropped. He brought out the principal to fix the situation, and I was placed in the magnet class. As others have said, I can only imagine where I would be now if my mother hadn’t been aware, knowledgeable, and willing to intervene.

C’ardiss. I was in advanced classes in elementary school, but because I changed schools often, it didn’t always carry over. In high school, teachers wanted me to go into the Advanced Placement track, but I didn’t want to leave my friends, so I said no. And that was the end of it. Why was there no follow-up or anything with my family? I may have been able to get to Yale at eighteen instead of twenty-eight.

Denise. After years of more than qualifying for gifted and talented and getting some B.S. excuse about how they “weren’t quite sure I was ready socially,” my mom got fed up and switched me to a new school that saw my grades and scores and welcomed me, no problem.

Hanae. Similarly, I got kicked out of honors English (despite having straight A’s the year before) because it didn’t “seem like” I spoke English as my first language… It’s my only language.

Jarrell. I was put on a bad behavior program in elementary school for talking in class after I’d finished my work. But for my mom and one black vice principal that was willing to risk her reputation on me, I would have been put on the “problem student” track instead of moving to the “gifted student” track. I even had my (white) third grade teacher write a letter of formal protest against the decision to allow me to take the test and move to the “gifted and talented” school. Almost every day I think about how my life would be radically different but for two black women who were willing to fight the world for me. And then it’s even crazier that almost every black kid I know who has been able to access elite programs has a very similar story.

Jesse. I was in a gifted program in school, as well, but the irony was that the gifted program was really where students my age should be in their education, and the standard program was always behind. This was a majority black school district.

Pamela. I was told that my son failed the kindergarten test. I told them to give him another test for higher grades. They did, and he scored at the third-grade level. By second grade, he scored in the ninety-eighth percentile nationally, which translated to seventh grade math. You have to advocate for sure.

These examples are from the lucky ones, people of color whose parents had the resources and confidence to advocate on their behalf. Despite these advantages, they still found themselves navigating an education system that did not and does not value them equally.

Parent savvy should not be a prerequisite for kids to have their needs met in the education system. Until these disparities are remedied, this country will hemorrhage vital human capital, especially as demographics continue to shift and the majority of school children are not white.

Our mosaic of a country desperately needs diversity in our C-suites, in production companies, and in state houses and Congress, so we have to make sure all our students have access to what they need in school. Unfortunately, it remains largely up to parents to make sure educators stay on their toes. Parents, especially black parents, must make educators aware that, if their children’s needs are not being met, they will advocate for the education they deserve.

Courtney is a writer, editor, and PR consultant based in Sacramento. You can find more of her writing at courtneymckinney.com, and follow her @courtDMC.