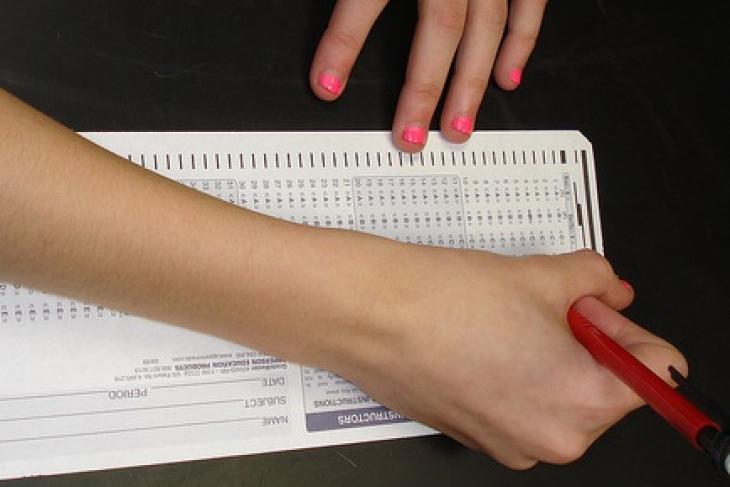 Though hardly the only issue to be debated during the reauthorization of the Elementary and Secondary Education act, annual testing has taken center stage in discussions so far. Lamar Alexander, chairman of the Senate HELP committee, put forth a bill that leaves open the possibility of removing the federal requirement that states test students annually in reading and math from grades three through eight—a possibility that has thoroughly freaked out much of the education-reform community.

But as Alexander has explained, he is merely trying to respond to what he and every other member of Congress are hearing from their constituents: There’s too much damn testing in the schools.

But is that true? And if so, is it because of the federal requirements?

A new report from the Ohio Department of Education provides some timely answers, at least for one state. (A bellwether state, mind you.) State Superintendent Dick Ross charged his department with collecting information about the number of hours Buckeye State students spend preparing for and taking tests (not including tests developed by their own teachers). The findings are illuminating (most of this language is verbatim):

That last point may be the most important one. As I’ve argued before, the federal requirement that is driving the over-testing concern isn’t the mandate that states test students annually in grades 3–8; it’s the mandate (dreamed up by Arne Duncan as a condition of ESEA waivers) that states develop teacher-evaluation systems that include student achievement as a significant factor.

The problem is that most teachers—two-thirds in Ohio’s case—don’t have “value added” data because they don’t teach subjects and/or grades with valid state assessments. So rather than just use other measures to evaluate those teachers—like observations—states encouraged the creation of “student learning objectives” to fill the gap. In the Ohio report’s words:

It’s not hard to understand, then, how this recent development has increased the testing burden dramatically.

To his credit, State Superintendent Ross recommends killing off these student learning objectives in Ohio for pre-k–3 classes, as well as non-core subject areas in grades 4–12. He also wants to limit testing time to 2 percent of instructional hours and test prep to 1 percent. This all makes a ton of sense to me.

But back to ESEA. How should members of Congress address the over-testing concern? They might start by studying this chart (I pulled the data from Appendix 2 of the Ohio report): 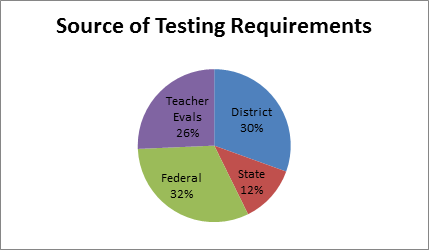 Finally, they might conclude that Dick Ross would make an excellent witness at next week’s Senate HELP committee hearing on testing!