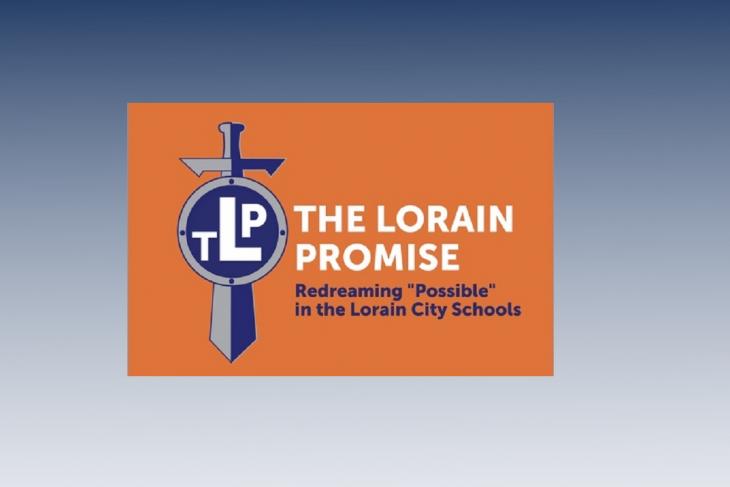 NOTES: On Thursday, May 16, 2019, the CEO of Lorain City Schools testified before the Ohio Senate Finance Subcommittee on Primary and Secondary Education on HB 166, the next biennial state budget. Lorain City Schools is one of three school districts in the state operating under the aegis of an Academic Distress Commission (ADC), an accountability measure which HB 166, in its current form, would end. Thursday was the first time lawmakers heard testimony from those whose job it is to carry out the day-to-day work of turning around a district via an ADC/CEO model. The following is based upon Mr. Hardy’s written testimony. Supplemental materials that accompanied Mr. Hardy’s testimony, along with testimony from other district parents and staff members who appeared on May 16, can be found here.

The views expressed by guest authors do not necessarily reflect those of Fordham.

I humbly come to Lorain as an anomaly; my own demographics and disposition are statistically more likely to represent one who has and lives in poverty on either side of the bars in a jail cell—enslaved mentally and physically by a system that has yet to be just for people like me. However, I’m a lucky one; one that has more degrees than convictions and letters after my name rather than numbers. One that is not from a very proud Lorain, a Lorain with rich history, tremendous people, many unheard voices, nor its local politics.

You have heard from those associated with the former governance structure and I am sure you heard the narrative for the perceived devastation that has supposedly been created by an ineffective governing structure, the ADC, and the chosen leadership of the district, namely me.

What you have not heard to this point are a few different perspectives. Mostly, because I aligned with the brilliance associated with Eleanor Roosevelt when she stated that great minds talk about ideas, average minds talk about events, and small minds talk about people. Even though I am far from a great mind, I strive to improve every day, because the kids of Lorain deserve more people like the ones you see around you, who work to eradicate their education experience of the incestual corruption that has governed their district for decades and has limited their ability to be successful upon entering the real world.

I am moving out of my normal leadership style today because of the narrative you heard is coming from elected officials and the former governance of Lorain City Schools that has carried less than 3% of the Lorain community’s vote. Largely because I want to speak for those who are afraid to speak out against the establishment or who do not see that there will be any benefit in doing so. However, the idea of living in fear of retaliation or worse—another generation of young people left uneducated, referred to as n-words, commented about because of their body parts, exploited for their athletic abilities and then left for the streets, and the complete disregard for their future needs to stop.

I rarely, if ever, directly respond to criticism from angry individuals who have suffered the feeling of accountability and the lack of power to wield their continued oppression on young people and the people who care deeply about educating them.

I rarely, if ever, directly respond because the travesty of educational neglect has taken the lives of too many and has suffocated so many more from the very promise our education system is supposed to provide. However, the weight of your decision and the impact of your collective voices will shape the future of cities like Lorain in Ohio; cities in Mississippi, California and states that are watching legislatures decide governance structures for schools systems of our most precious beings, our children. The idea of making a decision that could impact the country is no small feat and I hope that the words you hear today land with an understanding of the respect I have for you and the significance of the legislation that will have your blessing. Legislation that could truly put our children first in a space where adult, privileged agendas are deemed superior to that of our most vulnerable people. The comprehensive transformation that is needed is so vast that the very work that has not been done needed immediate and uninterrupted attention. I would compare the work that is necessary to that of someone who is brought into an emergency room, bloodied, with multiple open wounds that are so deep and unfortunately unattended that without immediate medical attention 24 hours a day, seven days a week, death becomes the only option. Except in this example as extended to Lorain’s circumstances has historically had leadership who does not want to fix the open wound, because it is more profitable to let the child bleed to the end of its own misery.

I rarely, if ever, directly respond because the focus has and will be on closing this open wound and eventually helping each child to reach their full potential the past 20 months. However, to do so, we must recognize that 1 out of 4 children reading on grade level by third grade is not acceptable; that 900 failing grades from one grade level alone is unacceptable; that 1% of a graduating class being deemed college or career ready—as it is in Lorain—is criminal and all of our time and energy must be allocated to create a culture that acts on these problems is the primary work. So please pardon our team for keeping our heads down on what is important.

However, this work, albeit time consuming, has left little time or energy to be political and cater to the powers who have neglected our children, misspent millions of dollars on duplicative services, and want nothing more than control of the purse strings of the largest budget in a dying city economy. Rightfully so. So much so, I will speak of the ills in previous governance structures for a minute more. Because the people you see around me are here because they are tired of the oppression that suffocates our community. Today is the day to hear from those who are most impacted by the possibility of changes in governance. Today is the day for the full story to be heard.

Those who have lost their duties to govern our district have colluded to keep a community at bay.  Through the PowerPoint in front of you, you see the inner workings of a power structure that links individuals based on deep political guarantees, lies, and bullying that has compromised so many people.

People would rather share their voice in the grocery store, bakery, or at church, or through an email pleading with me not to share their name, than to face the wrath of their local politician and the three percent that has elected them to continue the disservice to a community that wants so much more than what it is able to produce in a town that is free of jobs and justice—absent of honesty—and who believe that the way to future prosperity is through educating its young people to be ready for a workforce that has growing needs across our state.

I think it is fair to say that no child should graduate from high school where 1 percent of its kids are deemed college ready when they are so much more brilliant than this; no child should be labeled incapable of learning and educated to the lowest denominator. No child of ours would make it to fourth grade with only one out of four of their classmates reading in grade level; nor would we want the adults who serve a community where our child attends school to talk about anything else until these realities are no longer existent. Somehow, and knowing the brilliance that sits in front of me in deep thought, commitment to servitude to its people, and soulful morality for thy neighbor you sit, realizing that the idea of reversing course on progress only satisfies the well-being of adults and again sacrifices the well-being of its future. The imperfections of legislation cannot be fixed by more legislation, but by the morality and just cause built into the policy that is investing in the future well-being of the people it serves.

Anything less would be catering to a voice of resentment for change rather than the voice of reason and progress.

Progress that is beginning to take hold.  This year alone, we will have a 54% increase in the number of scholars who will graduate high school with an associates’ degree and the highest enrollment in our Early College Programming beginning in 9th grade in the history of our district. We have gone from 3 schools with Pre-K programming to 10 schools with 5-star-rated Pre-K programs. We moved out of financial caution and have a fund balance that remains steady and a budgetary process that is solvent after eliminating a $700,000 debt that was handed to me on the first 30 days of my job, along with millions of dollars allocated to multiple lawyers every year. This all accomplished in the short, 20 month tenure of our administration after 20 years of mismanagement and disregard for children.

Here is my ask:

There is a reason we are where we are in communities like Lorain and all across the country. Changing course now would do nothing more than create more, real chaos, significant dysfunction greater than what we inherited, and would derail all progress for kids and the community that has their future deep in their hearts and minds.

I truly tip my hat to you and the weight of the decisions you are set to make for the state of Ohio and its future, and its children. This is no is easy task. The idea of state intervention on local communities is significant, but I would argue in this case it is imperative and more importantly it’s your duty. The lives of 6,500 young people are at stake and the lives of future Ohioans will pay the price if local politics are the victor over its people and their children’s progress.