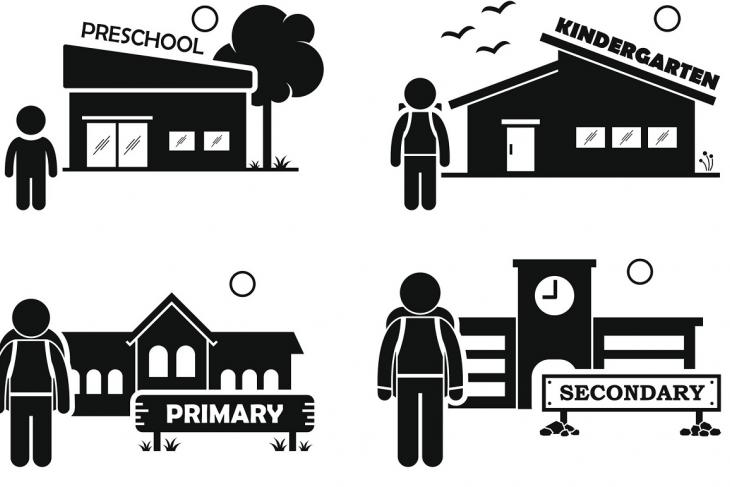 Proposal: Offer less-advantaged families scholarship opportunities that offset the tuition charged by many preschool providers. Low-income families not covered by federal Head Start or the state’s early-childhood grants would be eligible for such scholarships, as well as (we recommend) families with incomes up to four times the federal poverty level. The size of early-learning scholarships should be set via a sliding scale that provides higher amounts to the neediest families and, of course, adjusted according to whether parents are seeking part- or full-time preschool for their little ones. All types of preschools, including district, charter, or private providers, should be allowed to participate in the scholarship program.

Background: Research indicates that high-quality preschool education can improve children’s readiness to learn when they enter Kindergarten. Yet statewide data from the Fall 2016 Kindergarten Readiness Assessment show that just two in five Ohio children arrive in Kindergarten truly ready to learn. Although Ohio provides various preschool and childcare supports, these are generally confined to low-income or special-needs children. For instance, the federally funded Head Start program furnishes preschool for about 30,000 kids whose family incomes are at or below the federal poverty line (about $25,000 for a family of four). Ohio’s own state-funded Early Childhood Education Grant (ECEG) provides funding for about 15,000 preschoolers whose parents’ incomes are at or below 200 percent of the poverty line. Despite these efforts, thousands of children continue to miss out on preschool, as their families cannot cover the out-of-pocket expenses. According to recent estimates from Montgomery County, about 35 percent of children don’t attend any preschool, public or private; as the figure below suggests, many of them come from low- to middle-income households.

Proposal rationale: By opening more pre-K opportunities through tuition assistance, Ohio would enable more children to enter Kindergarten ready to learn. Our proposal would offer families opportunities to choose among providers and would target resources to needier families instead of subsidizing those who can (and, in many cases, do already) afford preschool tuition, as a universal, publicly funded pre-K program tends to do.

Cost: This proposal would require additional state appropriations, though the cost would depend on scholarship amounts, eligibility rules, and take-up rates. To ease the fiscal impact, the state could gradually implement the program, starting with four-year-olds at the lowest income levels and then expanding eligibility to include three-year-olds and some less impoverished families. Ohio should also consider consolidating funding streams (including ECEG and state childcare programs) to create a unified scholarship-based preschool program that is simpler to administer and easier for families to understand. Though the state would bear additional expenditures in the short run, studies indicate that high-quality pre-K generates long-term benefits that outweigh the immediate costs.

Resources: For a broad overview of Ohio’s various early-learning programs, see the Joint Education Oversight Committee’s “Early Learning and Development Report” (2018). The Dayton-area data cited are from Learn to Earn Dayton’s 2015 report A Montgomery County Preschool Promise: Recommendations for Offering Affordable, High Quality Preschool to All. For a cost-benefit analysis of pre-K, see Lynn A. Karoly and Annamarie Whitaker’s report, Informing Investments in Preschool Quality and Access in Cincinnati, published by the RAND Corporation (2016). For research showing the benefits of high-quality pre-K opportunities, particularly when combined with strong elementary schools, see the Mathematica Policy Research report Pre-Kindergarten Impacts Over Time: An Analysis of KIPP Charter Schools by Virginia Knechtel and colleagues (2017).