The state of play in open enrollment policies 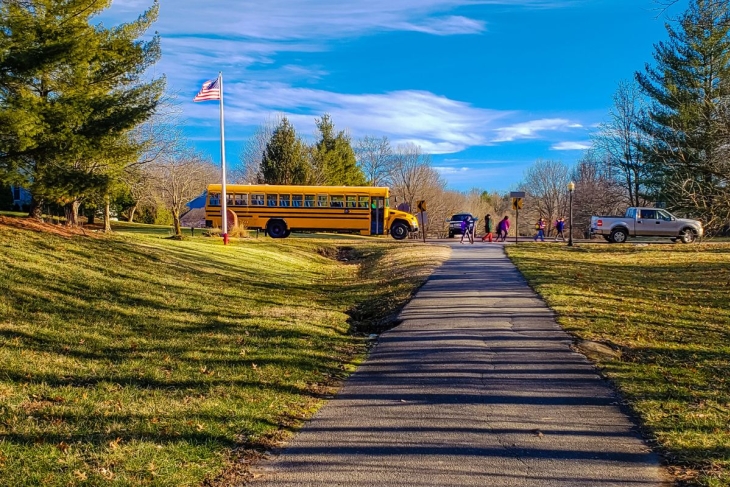 Open enrollment—when students are allowed to enroll in district schools other than the one to which they would be assigned based on their residence—is one of the oldest school choice options in the country. It is also widely available (forty-three states have some form of it) and utilized heavily by parents looking for alternatives to their zoned district school. However, program rules and operations can differ widely from state to state, including features that inhibit use or favor systems over families. A new report from the Reason Foundation analyzes the various versions of open enrollment and ranks them based on observed best practices in state policy.

First up, analyst Jude Schwalbach spells out the difference between intradistrict open enrollment—where students can choose other schools within their district of residence—and interdistrict open enrollment—where students are allowed to attend schools in a different district than the one in which they reside. Both are considered best practices, but only if districts are required by the state to offer such options (on a space-available basis) rather than given the option to do so. Additional identified best practices include transparent state- and district-level reporting of seat availability and open enrollment utilization; simple and readily-available information for parents on how, when, and where to apply; and zero tuition or fee charges for application and participation. (Interestingly, transportation is not on the radar here, even though the Reason Foundation has touted its importance to school choice previously.)

Unsurprisingly, no state hits all of these best practices, but several are close. Arizona, Florida, and Utah top the list, lacking only the state-level reporting requirements. Also among the high-flyers are Kansas and Oklahoma, which meet all of Reason’s best practices save for requiring intradistrict open enrollment. The list drops off quickly from there. The most-common best practice among states is zero tuition for family participation, in force in twenty-four states.

Twenty-three states hit none of the best practices, which is troubling, but that’s not to say that they don’t offer some form of open enrollment. One such state was Fordham’s home state of Ohio. Here, more than 83,000 students utilized the interdistrict variety in 2021, even though the state does not mandate it and participation is driven more by districts’ own financial interests than a state requirement. Intradistrict open enrollment is similarly voluntary and spotty, which leads Ohio to a zero on the best practices chart. We have seen again and again the inequitable outcomes which result from giving districts discretion to open their borders voluntarily. Thus, Ohio’s zero here is warranted. Nevertheless, it is telling that, even without concise information, easy access, or specific prohibition of tuition charges, thousands of Ohio families have sought out open enrollment each year. Were Ohio to adopt Reason’s best practices, even more doors would open to families and students looking for a public school option that meets their needs.

Schwalbach closes the report by providing a checklist for each state of the steps required to boost their best practices score to 100 percent. Here’s hoping more states will take advantage of open enrollment to help families access more and better educational options.