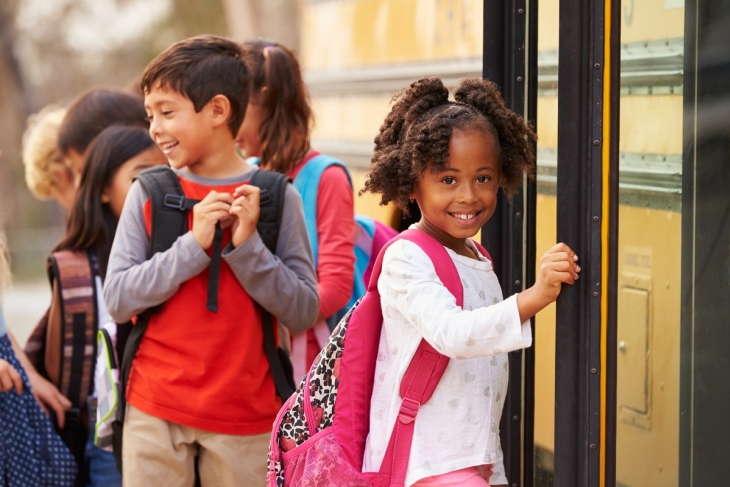 News reports make the situation crystal clear: School transportation in central Ohio, and elsewhere, is in disarray. While delays, cancellations, mistakes, and long rides are heavily impacting students attending schools of choice, pervasive problems are also plaguing district families attending their neighborhood schools. In suburban Reynoldsburg, for example, an inability to cover routes resulted in the large-scale return of fully-remote learning beginning in October, and is destined to last at least through the end of December.

Unfortunately, this is not a situation which can be solved by throwing money at it—at least not directly. Expensive software intended to revolutionize and optimize bus routing was easy to come by for Columbus City Schools, but has proved to be a pricey failure that now requires additional expenditure and a whole lot of labor to attempt to correct. We’ll return to this in a moment. Additionally, a decrease in the bus driver pipeline—both regulars and substitutes—has been brewing for several years and has finally reached its peak. Potential drivers are, for the most part, already employed at other, better jobs, even if these jobs don’t necessarily result in higher pay (although they probably do). It is the same situation faced by the fast food and hospitality industries, and by health care services. Even if paychecks for bus drivers are boosted overnight (which they have been in many places to little avail), the scarcity of drivers would prevent a rush to the districts’ recruitment hotlines. Worse yet: Even if new recruits could be lured away from their warehouse floors, customer care centers, or rideshare gigs, it would still take months to onboard new drivers.

There is some good news. Interim state superintendent Stephanie Siddens and Ohio Department of Education (ODE) staff deserve kudos for getting district and charter leaders together in Columbus to reset expectations and parameters of cooperation amid the chaos. And back in February, ODE released a Driver Shortage Playbook that laid out several ways the state was responding to pipeline issues (including reinstating an online training module and speeding up state background checks). ODE staffers were working to expedite driver certification training as recently as July.

These are important efforts, but clearly aren’t enough. School Transportation News has suggested changing bell schedules (a solution proposed in Reynoldsburg recently, to worrisome pushback) and utilizing smaller vehicles to boost the pool of potential drivers beyond those holding CDLs (a fix that would require changes in Ohio laws and rules). There is also ample evidence that routing software, properly implemented, can be a gamechanger. So while Columbus couldn’t dial it in on their first attempt doesn’t mean they shouldn’t keep trying. Pick up the phone—reach out to those districts where software has been effective at streamlining complicated routings. I’ll bet they can’t wait to share how they managed the alchemy. Public transit can be of assistance for older students in urban settings, especially if passes are free to families and unrestricted in days and times of use. Offering payment to families to utilize their own or rideshare vehicles—which many are already doing—would also help. Schools could also create hybrid positions so that drivers are driving morning and afternoon routes and then working full time during the day in other capacities for the district to make the job more practical and attractive. The list isn’t endless, but viable options remain unexplored.

Whoever solves school transportation permanently should win the Nobel Prize—and it’s going to take that level of disruptive, sounds-crazy-but-it-just-might-work, reinvention-type effort to make student busing family-centric and less susceptible to its current woes. But for now, all measures to stop the bleeding must be taken. Students cannot miss more school due to busing failures.