Predicting the top education issues for 2019 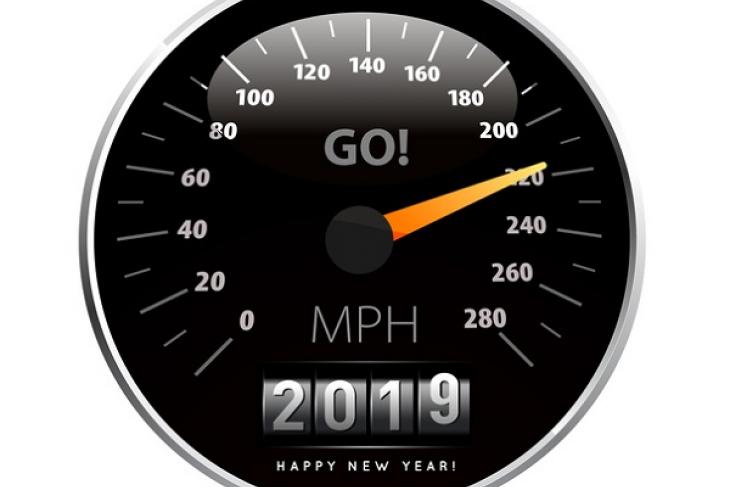 Some have said that we’ve reached the end of education policy, but that seems to be far from the case in Ohio. In fact, next year is shaping up to be a pretty busy one—so busy that I had to expand our annual predictions for the year’s top issues from five to six. With a new governor and a budget cycle on the horizon, there’s sure to be plenty to discuss. Here’s a look—for good or ill—at what will likely make headlines in 2019.

As long as there are still state- and federally-mandated tests, and as long as the results of those tests are used to inform parents via grading schools and districts, testing will be a hot topic. Although debates on the topic cooled somewhat in 2018, next year could bring renewed fervor thanks to incoming governor-elect Mike DeWine. His campaign platform explicitly mentioned reducing the number of tests that students are required to take, as well as providing parents and teachers with more meaningful and timely results (something we’ve also suggested). Any reduction is likely going to be minimal, however, because most of the standardized tests students take are required by federal law. But there are a few DeWine could get rid of without running afoul of federal law.

Like testing, school report cards are another topic that seems to crop up every year. In 2018, there was a hard push to ditch Ohio’s current A-to-F grading system in favor of a dashboard model that would display academic data in raw numbers rather than letter grades. Although it was ultimately unsuccessful, there are plenty of district superintendents and legislators who remain interested in changing the current system. It’s possible that the incoming governor will be more sympathetic to potential changes than Governor Kasich, so keep an eye out for another push to overhaul Ohio’s school report cards.

This is an issue that featured as prominently as any in the governor-elect’s campaign agenda. DeWine’s policy platform had an entire section on early childhood development, including promises to raise the eligibility level for publicly funded early childhood programs and to ensure that all early childhood education centers are high quality. There is already an intense focus on pre-k in cities like Cleveland, Cincinnati, and Dayton. With the support of a new governor, look for pre-k expansion and quality to be a hot topic this year. The only things that may possibly get in the way of big increases in pre-k funding are state revenue limitations and other big-ticket items like Medicaid and school funding reform.

This summer, President Trump signed the long-awaited reauthorization of the Carl D. Perkins Career and Technical Education Act. The new law is known as the Strengthening Career and Technical Education for the 21st Century Act—Perkins V for short—and it governs how states implement and expand access to career and technical education (CTE) programs, as well as providing over a billion dollars in federal funding. To access these funds, Ohio must submit a state plan to the federal government in much the same way it did with ESSA. Perkins V contains provisions that require states to complete local comprehensive needs assessments and increased levels of stakeholder engagement, so we can expect to see something similar to the ESSA stakeholder meetings. But the determining factor on whether CTE will be a huge headline or just another discussion point will be whether governor-elect DeWine follows through on his extensive campaign promises related to CTE. He pledged to create a student work experience tax incentive for businesses, expand career exposure and training opportunities for K–12 students, and remove limits on which CTE courses a student can count toward their high school diploma. Given the promising work that Ohio is already doing in CTE, the upcoming year could be a big one.

Another one of governor-elect DeWine’s campaign promises was to “create a more equitable funding system.” Although his platform included few details, he did specify that he plans to direct state resources toward “supportive services for children most in need.” That sounds a lot like wraparound services, which enjoy mostly bipartisan support and have become increasingly popular with the general public thanks to initiatives like LeBron James’s I Promise School, which offers a host of support services for students and their families. But there are two other major issues that will also push school funding to the top of the priority pile. The first is the recurring ghost of ECOT, which inspired legislators to create a Joint Legislative Committee on E-School Funding. The committee met in the waning days of 2018 to hear testimony on various e-school funding models that Ohio could potentially adopt, including a performance-based model. And 2019 could bring some proposals for a new funding system. The second issue is charter school funding. Ohio’s high performing charters continue to achieve solid results with far less funding than their district counterparts. If the DeWine administration is truly looking to tackle this issue, it would be hard to ignore charter school funding inequities.

1. A continued push for lower expectations

By far, the most talked about education issue over the last two years has been the war over graduation requirements. In the final days of the year, the General Assembly passed a bill that extends softened graduation requirements to the classes of 2019 and 2020, which Governor Kasich signed into law before the holiday break. Now, for the first time in twenty-five years, Ohio students won’t need to demonstrate some level of objective academic competence to receive a diploma (at least for two years). The extension is indicative of a larger trend, one that reflects a steady lowering of expectations for students. For example, the state’s five-year strategic plan centers on a goal that is extremely weak, purposely “shies away from traditional academic measures,” and calls for assessing and incorporating social-emotional learning into the state’s accountability system despite research that warns against doing so. Meanwhile, the permanent graduation requirements proposed by the Ohio Department of Education and the State Board would offer students a menu of options that are easily gameable and lack reliability and validity. Buoyed by their “win” on weakening graduation requirements, advocates for lowering expectations at both the state and local level are likely to be energized heading into the new year. So, you can expect even more debate about the importance of maintaining high expectations.

If the shape of education in 2019 seems dependent upon the new governor’s policies and priorities, it’s because it does. That’s how it always goes in Ohio—no prognostication required.