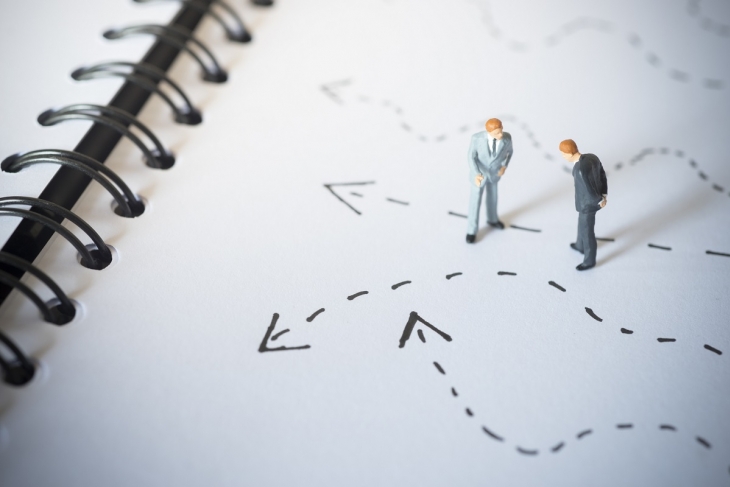 Earlier this week, the Senate Education committee passed Substitute Senate Bill 358, legislation that would extend temporary waivers from state laws that were granted earlier this year in response to the pandemic and school building closures. For the current school year (2020–21), the bill would waive—among a few other things—standard third-grade reading and graduation requirements, report card ratings, and charter sponsor ratings.

Extending some of those waivers is probably necessary given the ongoing disruptions to K–12 education. But as the legislation heads to the Senate floor, lawmakers should think twice about how the committee handles two important issues: state assessments and academic distress commissions.

An avalanche of anecdotes and a raft of useful but still speculative research suggest that many students have fallen off-track during the past eight months. Yet absent statewide assessment data, the extent of these impacts remains unknown. How many Ohio students fell way behind academically? Which groups of students suffered most? Did students lose more ground in certain subjects—as one recent analysis suggests? Are there students who actually fared well in spite of all the disruptions? And why might that be?

Despite all these critical questions and the clear need for information, SB 358 wrongly seeks to cancel state assessments for the current school year. To be sure, the legislation doesn’t outright cancel tests but instead gives the state superintendent discretionary power to seek a testing waiver from the U.S. Department of Education (almost all state exams are required under federal law). If granted by the agency, the spring 2021 round of state assessment would be cancelled—and Ohio would continue to fly blind regarding the academic fallout from the pandemic.

Ohio must diagnose, as soon as possible, where students stand after months of disruption. Rather than creating a bureaucratic pathway to cancel tests, lawmakers should remain firm on state assessments this coming spring. Yes, Ohio may not achieve universal test participation. And the crisis may persist into the spring making test administration impracticable (just like earlier this year, lawmakers could cancel at that time). However, the information yielded from next spring’s assessments would offer state and local leaders a much clearer picture of achievement in the midst of tremendous turmoil and uncertainty, enabling them to start developing solutions targeted to student needs. The Education Trust and other civil-rights organizations put it this way in a statement supporting assessments this year: “The truth is that we cannot address the gaps we cannot see.” That’s exactly right. Without information, Ohio will either flail in the dark trying to figure out how to help students, or simply bury its head in the sand and fail to act.

Predating the pandemic, one of the long-simmering policy debates in Columbus has been the state’s district-intervention model known as Academic Distress Commissions (ADCs). ADCs currently oversee three school districts that have struggled academically: East Cleveland, Lorain, and Youngstown. While the policy has good intentions—the state should intervene on behalf of students in certain situations—the ADC model has bred much frustration and contempt. Over the past year, legislators have mulled a wide range of ideas to address concerns—anything from outright repeal to restructuring the framework.

Even though this policy has little if anything to do with the pandemic, SB 358 simply dissolves Lorain’s ADC and it charts a ridiculously easy pathway for the other districts to get out from underneath the state’s thumb. For East Cleveland and Youngstown, the bill proposes the following steps: (1) their school boards submit a proposal to the Ohio Department of Education to transition out of the ADC; (2) a three-person committee—the governor or his designee and the Senate and House Education chairs—reviews the proposal and recommends to the state superintendent whether to approve it; and (3) the state superintendent makes a final decision about whether to dissolve the ADC. Of note, while SB 358 addresses existing ADCs, it doesn’t fully repeal the law; districts could still face intervention in future years.

As my colleague Chad Aldis and I wrote earlier this year, moving away permanently from ADCs would better position Ohio for a successful “reset” of its school accountability system, post-pandemic. But SB 358 is neither the right approach nor the right vehicle for disbanding the ADCs. The Senate committee errs in two ways:

In the debates over ADCs, Governor DeWine has insisted that, even if the state moves away from ADCs, Ohio still has a “moral obligation to help intervene on behalf of students stuck in failing schools.” He’s right. Unfortunately, throwing in the towel—what SB 358 does—falls short of the standard articulated by the governor.

The public health crisis has brought on all sorts of challenges for schools, policymakers, and Ohio’s parents and students. Flexibility is key and giving schools some leeway in how they operate is essential. At the same time, however, we must not forget that every Ohio student still needs to achieve the knowledge and skills necessary for success after high school. Prematurely seeking to cancel state tests and repealing an accountability measure, with no plan to expand or improve educational opportunities, won’t empower students with the education they need and deserve.