My experience with AP U.S. History: The importance of rigor in bringing history to life 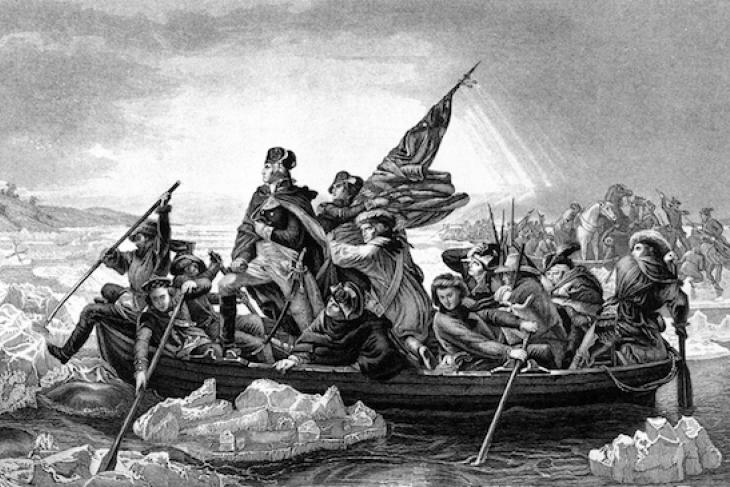 I despised history, until I took AP U.S. History. From my elementary and middle school years, there remains a paper trail of get-to-know-you surveys for which I indicated that history bored me to tears, and doodles on notes of the Monroe Doctrine that subtly communicate the same reaction.

The U.S. history class I took in eighth grade is a perfect example. Almost every day consisted of hurriedly copying notes from a dim image projected on the board as the teacher read aloud the words we were inscribing. There were no lectures of substance; we were spoon-fed worksheets pulled from the dry pages of a textbook. The tests were a contest that determined who could regurgitate the highest percentage of memorized facts. Little to no analysis was ever done. We never focused on comprehending the cause and effect of critical movements or comparing past time periods to the modern era. Apparently, it was far more important to know the names of all the generals in the Civil War.

On the occasion that our daily work did not entail unhelpful note taking or memory-based testing, we took part in such educational activities as watching National Treasure or working on a slightly more involved version of a second grade project on African American leaders. I’m still curious as to why we selected one such leader for each letter of the alphabet in a three-day span, rather than learning about their actions concurrently with the rest of the curriculum.

I received an A in the class (as I did in all of my classes throughout middle school), despite having rarely studied, drawn bumblebees on my notes, and often completed my homework in the five minutes before class began. Now, a few years later, I realize it was all irrelevant; I remember almost nothing. I know now that the class demanded bland memorization with no connection to the humanity of history. It offered no tools to aid true understanding. It gave us the how of the story but never the why. I like to think of classes as a telescope through which one can catch a glimpse of a larger universe. Of course, the student must have the wherewithal and ambition to look through the telescope. But what if the lens is smudged? Partially obscured? What if the student cannot get a clear picture of history because the class is woefully lacking?

Well, the lens in my eighth grade history course was almost entirely opaque. But I never would have known just how bad it was if I hadn’t taken AP U.S. History this past school year, as a sophomore.

Our teacher still lectured on a daily basis, but he was engaging and clearly explained why people acted as they did, and how these actions fit a larger narrative. We still took guided notes from a projected screen, but there were always a few lines of text written and updated by the teacher that better explained the larger story and prepared us for the College Board’s AP Exam that we would face in May. Each day, students were called on to identify information from the day before or explain the relevance of a vocabulary term, actively prompting participation in the class. Every night, our teacher expected us to review our notes and read a few pages from the textbook, laying a solid foundation of fact upon which he laid the cultural story the following day. We read and analyzed primary sources on a daily basis that supplemented the information we gathered from our textbooks every night. We studied women, African Americans, and Native Americans concurrently with the rest of the material. There was no need for a “Women of American History” unit or a special project on African American heroes because we had always included them in the study of each time period.

The class contained few projects, but they comprised in-depth debates and essays that required students to study the time period as though their lives were the ones being affected by the decisions made. Our two large debates—one on Andrew Jackson and the other pitting Alexander Hamilton against Thomas Jefferson—demanded hours of group-based work that involved extensive study of the writing and beliefs of the time period, as well developing the ability to quickly apply relevant knowledge to support a feasible historical argument. Throughout the year, we practiced specific College Board–defined historical thinking skills (contextualization, synthesis, causation, periodization, etc.) and essay writing that showed our comprehension of the why and so what of American history. And each month, our teacher assigned us a take-home packet that required us to use historical thinking skills, employ an essay-like analysis of primary sources, and identify the causation of events. Yes, we had vocabulary quizzes that required memorization, but the terms were picked specifically for our use on the AP exam essays, and were always tied in to the overall story we were learning.

At the end of each unit, we took an essay assessment and a multiple choice test. While our primary tests were still multiple choice, the questions demanded the ability to compare one time period to another, to identify broader processes, and to contextualize and comprehend why people thought as they did.

Perhaps most significantly, A’s were not handed out like candy.

Upon completing such an excellent class, I was confused about and disappointed in the sorry state of my eighth grade U.S. history class. What explained the chasm of difference between the two? Myriad things: understanding vs. memorization, the style of tests, the expectation of hard working and self-reliant students, the development of thinking skills, the opportunity to debate differing viewpoints, the exploration of contextualization within larger historical processes, and the telling of history as change shaped by human people rather than bland caricatures.

All of this combined to create a huge and important difference: In AP U.S. History, we learned. We learned about history, we learned to exercise layered comprehension of multifaceted societies, and we learned how to develop an independent work ethic.

The College Board and its measureable standards deserve much credit. When the reality is “Your students will either learn these skills or earn tangibly low scores that will make you look bad,” work gets done. The lessons get taught. Having an achievable standard to work for is absolutely invaluable to education. Sure, participation and cooperation are important. General competence is a good bar. But at the end of day, the most essential test of effective schooling is the question, “What do you know and what can you do with it?”

Every student deserves the opportunity to learn analytical skills at a high level. And only classes like AP U.S. History adequately reveal to students their intellectual capabilities, which in turn unlock ideas, careers, and whole worlds that would be otherwise closed to them due to an all-too-common façade of simplistic worksheets.

AP U.S. History allowed me to genuinely learn the subject matter, analyze historical movements with context, compare my world to past times, broaden my understanding of politics, and truly love the story that history tells. History went from being something I despised to one of my favorite subjects. I now see the people behind the events, and the deep and inseparable humanity that accompanies them. For my entire life, I have been a reader and writer, loving how words paint a picture of a real world. AP U.S. History made that love of mine applicable to our past—and potentially to my future profession. I will always be grateful for that.

Alli Aldis is a rising junior at Gahanna Lincoln High School in Gahanna, Ohio. She is the daughter of Chad Aldis, the Fordham Institute’s Vice President for Ohio Policy and Advocacy.