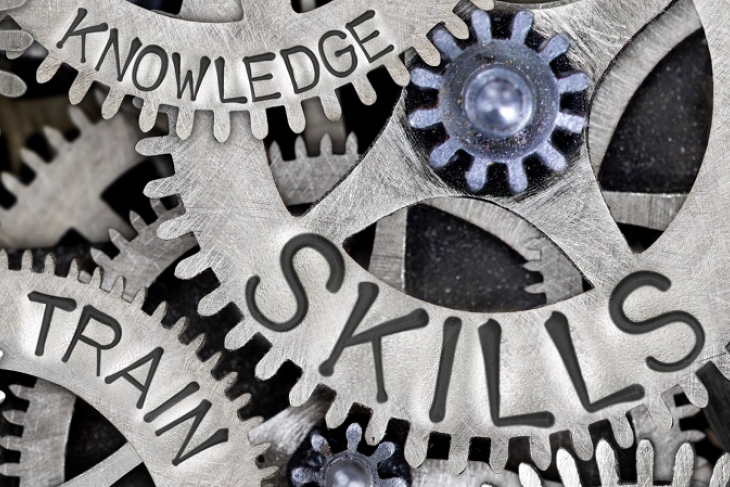 It’s been over two years since the Strengthening Career and Technical Education for the 21st Century Act was signed into federal law with overwhelming bipartisan support. The law is a reauthorization of the Carl D. Perkins Career and Technical Education Act of 2006, and is often referred to as Perkins V. Its primary purpose is to govern how states implement and expand access to career and technical education (CTE) programs, while providing over a billion dollars in funding to states, districts, and community colleges.

Perkins V provides states with much of the same implementation flexibility that previous iterations of the law offered. But there are several significant changes. These include an increased emphasis on equity, streamlined accountability provisions, and the requirement that eligible funding recipients conduct a Comprehensive Local Needs Assessment (CLNA). In a recently published report, Advance CTE examines states’ Perkins V plans to determine how they responded to these changes. The report restricts its focus to plans—not implementation efforts, which are just getting underway—and makes no attempt to determine whether states met the law’s expectations. Instead, the analysis focuses on how states took advantage of the law’s flexibility to address equity and quality.

Although Perkins V leaves plenty of room for flexibility and interpretation, Advance CTE identified a few common aspects of states’ plans that signal a “comprehensive and cohesive” statewide CTE strategy. These include vision, collaboration, a focus on equity, determining program quality, attracting and developing CTE instructors, and data-driven decision-making. Let’s take a look at each.

A state’s vision for CTE largely determines how leaders choose to distribute its Perkins V funds. For example, the Reserve Fund is an optional pot of money aimed at supporting CTE program quality and innovation. The vast majority of states—90 percent—decided to set aside funds through this option and fourteen states elected to use the maximum amount allowable under law. Among the forty-six states that chose to use the funds, 53 percent pledge to use it to support CTE programs of study, which consist of a sequence of courses and skills that are considered representative of quality programs and can help students transition from secondary to postsecondary programs. Thirty-seven percent of states plan to use the funds to close equity gaps. Another 31 percent will direct the funds to rural CTE.

Given that CTE spans secondary and postsecondary education as well as the workforce, collaboration across sectors is critical. Alignment was a driving factor in reauthorization efforts, and the law provides states with a menu of options for how to align their systems. For example, states are permitted to submit a single plan that fulfills the requirements of Perkins, the Workforce Innovation and Opportunity Act, and several other associated federal programs. Nine states chose to take advantage of this opportunity—Alabama, Delaware, Indiana, Minnesota, Ohio, Pennsylvania, Rhode Island, Virginia, and Washington. In a win for data transparency, a whopping forty-six states plan to promote alignment by sharing labor market information across sectors. Thirty-two states plan to use a statewide advisory committee with a “diverse membership” to provide input on state, regional, and local efforts. Seventy-eight percent of states report developing feedback loops to gather consistent input from secondary and postsecondary CTE practitioners.

An increased focus on equity is one of the “seismic shifts” of Perkins V according to Advance CTE, and this increased focus is clear in the majority of state plans. For the purposes of this report, Advance CTE defines an equity gap as “an observable disparity in access and/or outcomes for specific subgroups” that are “the result of systemic inequities, implicit biases, and/or outright discrimination.” Eighty-two percent of states will use targeted technical assistance to help close these gaps. Thirty-three states have pledged to use their CLNA or local application processes to prioritize closing gaps. More than half of states plan to provide dashboards or other data tools to help local leaders analyze gaps. And several states plan to direct funding toward equity initiatives. Rhode Island, for example, plans to use a portion of the state’s Reserve Fund to provide equity grants to secondary CTE programs that will be used to address the access, participation, or performance gaps of specific populations.

Another key focus of the reauthorized law is a commitment to measuring program quality and streamlining accountability. The CTE programs of study framework is considered instrumental to quality, so it’s unsurprising that sixteen states have developed programs based on the framework and mandate their use. Thirty-two states allow local grant recipients to develop their own, though they must be approved by the state. The law also introduces three new secondary CTE accountability measures, referred to as program quality indicators. They are work-based learning (WBL), recognized postsecondary credentials, and postsecondary credit attainment through dual enrollment or articulation. When it comes to states’ program approval processes, 55 percent of states use dual enrollment and articulation as a factor in their decision, 47 percent use WBL, and 41 percent use credentials. (It is possible to use more than one.) To ensure that credentials are high quality and valued by employers, 27 percent of states reported that they plan to create or already have state-developed lists of approved credentials.

While equity and quality are key to successful CTE programs, states’ ability to attract, develop, and retain high quality CTE teachers is integral to those efforts. Research also indicates that a diverse teacher workforce can have a positive impact on learner outcomes. Unfortunately, attracting and retaining qualified and diverse teachers remains one of the sector’s most stubborn challenges. Eighty-six percent of state CTE directors reported either a moderate or severe teacher shortage in at least one career cluster at the secondary level, and 60 percent reported similar shortages at the postsecondary level. It’s puzzling, then, that only 27 percent of states report developing explicit recruitment plans or activities, and only five states—Florida, Minnesota, New Hampshire, Oregon, and Washington—identified explicit recruitment activities focused on diversifying the CTE teaching corps. It seems that the majority of states are focusing on development rather than recruitment. Nearly three quarters of states reported that they are offering targeted professional development for specific groups of educators, administrators, or other CTE professionals.

The final piece of a solid state plan is data-driven decision-making. Such efforts must be supported by quality data, public reporting, and meaningful accountability indicators. As mentioned previously, the law gives states three program quality indicator options that must apply to all secondary CTE concentrators: WBL, recognized postsecondary credentials, and postsecondary credit attainment. Nineteen states chose to incorporate more than one indicator. Four states—Delaware, Indiana, Washington, and West Virginia—elected to use all three options. More than one third of states also indicated that they are developing public reporting tools for their CTE programs. One example is West Virginia, which is in the midst of creating CTE data profiles for each county and school district.

Overall, states took plenty of unique approaches to planning for Perkins V. That’s not surprising, considering that they were given a tremendous amount of flexibility. But there are some common themes threaded throughout the majority of plans. By and large, states seem to have recognized the importance of focusing on equity and meeting the needs of individual learners. Many are using their plans to address longstanding challenges facing the CTE community, and they are prioritizing support for teachers. States have also put a significant amount of work into the development of their first ever CLNAs, and are working to ensure data quality and transparent reporting. Right now, things look promising. But in the coming years, as these plans are implemented and tweaked, it will be critical for stakeholders and advocates to actively monitor progress and hold states accountable.