How to point Ohio teachers toward a brighter retirement 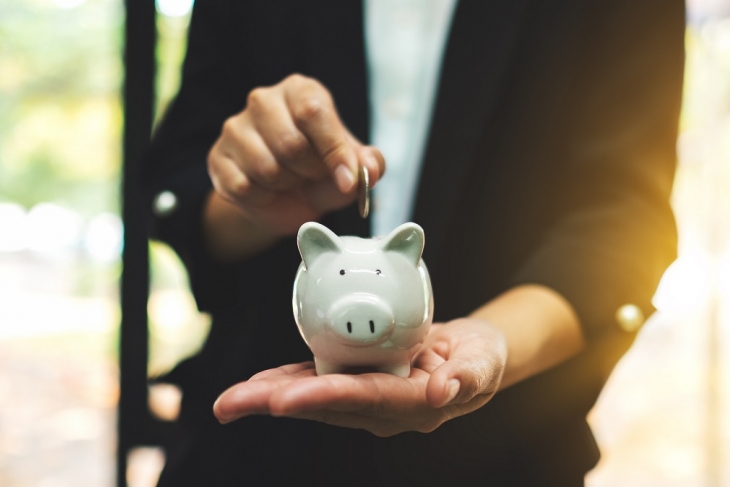 The fiscal woes of state pension systems are regularly in the news. Earlier this year, in the midst of economic turmoil, the New York Times and other outlets covered Illinois’ plea for a federal bailout of its historically underfunded pensions. Closer to home, local media have covered debates on addressing the unfunded liabilities—the difference between promised retirement benefits and the monies set aside to pay them—of Ohio’s pension systems.

Given the attention paid to pensions, it may surprise you to learn that Ohio doesn’t actually require public school teachers to enroll in the state pension plan. Starting in 2001, the state has offered teachers a choice in retirement plans. They may enroll in a 401(k)-style defined-contribution (DC) plan, a traditional pension, or a hybrid that combines features of both. However, by state law, new teachers are automatically enrolled in the pension plan if they make no affirmative decision within 180 days of starting their jobs. In practice, the vast majority of Ohio teachers take no action and thus land—permanently—in the pension system.

This default policy would make logical sense if the pension plan delivered more generous benefits than the other retirement options. But does it?

Authored by Chad Aldeman, a seasoned pensions analyst at Bellwether Education Partners, a new policy brief shows that today’s automatic default, innocuous as it may seem, costs Ohio teachers tens of thousands in retirement benefits. His analysis shows that new educators—even those who expect to teach into their fifties and sixties—would be better off financially in either the DC or hybrid plan.

The numbers are staggering. Consider a brand-new teacher right out of college. Under the standard state pension, she would accrue retirement benefits worth about $100,000 if she decided to leave the Ohio school system at age forty. Should she stay until sixty, her pension would be worth approximately $800,000. Not too shabby, right? Yet the DC option performs even better: At age forty, Aldeman calculates retirement benefits worth about $300,000—roughly three times the pension. And at age sixty, she’ll have saved around $1.2 million for retirement (as might be expected, the hybrid yields benefits that fall between the DC and pension plans). These results assume investment returns of 7.45 and 6.45 percent, respectively, for the pension and DC plans—rates that, while unlikely to be met in the near term due to the economic downturn, are in line with historical returns on equities.

For those who choose—or are defaulted into—the pension plan, this is real money left on the table. The differences in benefits could mean staying in the comforts of the family home well into retirement, rather than needing to downsize. The extra savings could pay for the trip of a lifetime after years of serving students. Or maybe the money represents the chance to help finance a grandchild’s college education. Of course, some teachers may believe the peace of mind commonly associated with a pension is worth these costs. But the opportunity for a more fulfilling retirement may slide by just because a youthful, first-year teacher does not fully comprehend the implications of her choice in retirement plans.

Why the discrepancies? The required contribution rates are the same across the three retirement options: 28 percent of a teacher’s salary, combining the employer and employee contribution. The difference, however, turns on how these contributions benefit teachers. Under the DC plan, the bulk of a teacher’s contributions, 23.5 percent, goes directly toward her own savings; under the hybrid plan, the figure is 16 percent. Yet when she selects or defaults into the pension plan, state actuaries calculate that just 10.8 percent of the required contribution supports her own retirement. Instead, most of it helps the pension system pay down tens of billions in existing unfunded liabilities ($23.4 billion as of 2019) to current teachers and retirees.

Based on this analysis, we conclude that state policymakers should switch the default from the pension to either the DC or hybrid plan. Viewed strictly in terms of financial benefits, the 401(k)-style DC plan would be the superior default, as it outperforms the hybrid. Yet the hybrid plan, because it contains a pension component, does promise a basic level of lifetime income, something that a DC plan can’t guarantee (and Ohio teachers don’t participate in social security). The hybrid also currently offers retiree healthcare benefits for which DC participants are ineligible. Overall, state policymakers should thoughtfully weigh the tradeoffs of these two options—a solid discussion appears in Aldeman’s paper—and consider altering the default policy.

Our recent report challenges the conventional wisdom that traditional pensions remain the best option for retirees. That may have been true for previous generations, especially those who taught before the rise of individual retirement accounts. But Ohio’s unfunded pension liabilities mean that teachers hired today are at risk of receiving skimpier benefits when they retire. This, in fact, has already happened once within the past decade: the state, acknowledging the need to address unfunded liabilities, passed legislation in 2012 that reduced benefits for future retirees.

With the traditional teacher pension plan under financial pressure and projected to deliver lesser benefits than other options, it’s time for policymakers to reconsider whether it remains the best way to support the next generation of Ohio educators. Whether it’s a career in the classroom or just a few years of service, teachers deserve the retirement benefits they’ve worked so hard to earn.