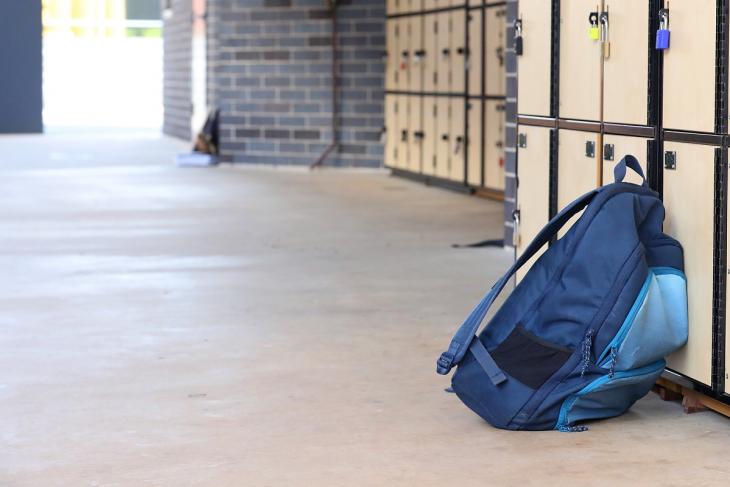 On March 22, Governor DeWine issued a stay at home order for Ohioans. While essential businesses such as grocery stores, gas stations, and banks are still in operation—one hopes with social distancing and beefed up sanitation measures in place—the vast majority of life as we know it has ground to a halt until at least April 6.

For schools, the stay at home order didn’t change much. They were already physically closed through April 3, and although vital services such as meal distribution have been altered, they are still striving to educate students. Nevertheless, given Governor DeWine’s laudably cautious approach to public health and the fact that the number of confirmed COVID-19 cases continues to rise, it’s increasingly likely that Ohio schools will be closed for the remainder of the year.

So what does that mean for students, families, and schools? The General Assembly recently passed legislation that addressed state testing and report cards, school accountability, graduation requirements, and attendance. But closing buildings when there’s still two or three months remaining in the year means that schools will need to continue offering some type of distance learning and academic support until summer break officially hits (and possibly after).

To get a better idea of how Ohio schools are handling these unprecedented times, I took a look at the information that Ohio’s three largest districts—Columbus City Schools (CCS), the Cleveland Metropolitan School District (CMSD), and Cincinnati Public Schools (CPS)—have posted online regarding their response to the coronavirus shutdowns. Obviously, this does not offer an exhaustive list of all the efforts these districts are making, but it’s helpful to examine the information that’s readily and consistently available online for parents who may be searching for support.

In Cincinnati, teachers have created lesson plans for students that they’re calling “enrichment packets.” These cover the core content areas—English, math, science, and social studies—and are organized by grade level. Families can download these packets from the district’s website, but CPS also shared them with Cincinnati-based Staples stores. Parents are able to walk into the nearest Staples and request that their child’s packet be printed for free through March 28.

Cleveland and Columbus have made similar efforts. CMSD’s website offers resources for grades K–12, and printed packets can be picked up at sites where the school is distributing food. CCS also offers printable resources online for all grade levels and multiple subject areas. What sets Columbus and Cleveland apart, though, is that they’ve also compiled links to other academically-oriented sites and resources that parents may find useful. CMSD, for example, provides a link and login information to Scholastic Learn, a link to an Accelerated Reader book finder, and information about free online AP review courses. CCS, meanwhile, has provided instructions for parents on how to use iReady at home, and printable resources for parents who have students that are classified as gifted, special needs, and ESL.

It’s difficult to determine whether these districts are offering full-fledged distance learning opportunities in addition to enrichment resources. The Ohio districts that have already transitioned to full-time online instruction are typically doing so at the building and classroom level. Such communication occurs directly and privately between individual schools, teachers, and families, and wouldn’t be posted on the district website. Others are waiting to see just how long the closures will last. If kids will be back in school soon, trying to get a massive online education effort temporarily off the ground might not be the best use of their time.

It’s also worth noting that there are thousands of students who lack internet access or internet-enabled devices. Going online full-time is more complicated in Columbus, Cleveland, and Cincinnati than it may be in some of their neighboring, more affluent suburbs. Such large districts will need more time to get things up and running. If schools do close for the rest of the year, it will be important to check back and see how these and other districts are making the transition to full-time distance learning.

One of the biggest concerns about closing schools was what would happen to the tens of thousands of students who rely on school breakfast and lunch programs for daily nutrition. Fortunately, all three of Ohio’s largest districts—and nearly every other district in the state—are still distributing food to kids who need it. CPS is handing out to-go meals at twenty-four sites located around the district. CCS is distributing grab-and-go breakfast and lunch at fifteen locations, and the Central Ohio Transit Authority is offering students and families free transportation to and from pickup sites. CMSD is also providing shuttle service to and from their twenty-two food pickup locations.

Folks who don’t interact with schools on a daily basis often don’t realize just how instrumental they are to distributing information and resources throughout their communities. In times of crisis, local schools are a vital touchpoint between government and families. That’s why it’s heartening to see that all three of Ohio’s largest school districts have taken pains to include on their websites a ton of useful information that isn’t directly related to academics. For example, all three districts have easily-located links to the CDC and other health organizations, such as the Ohio Department of Health. Each district also has links to resources that parents can use to discuss the coronavirus with their children. Several of these resources are available in languages other than English. Both CMSD and CCS offer information about local companies providing free Wi-Fi. And CCS has an entire page devoted to community resources such as the location of local foodbanks, mental health resources, family activities and resources from the Columbus Metropolitan Library, and information about housing, unemployment, and utility bill assistance.

These are uncharted waters. When things finally go back to normal—hopefully sooner rather than later—it will be important for analysts, researchers, advocates, and educators to collect as much information as possible about what schools did, how it worked, and lessons learned. But in the meantime, it’s important for schools to provide as much information and support as possible to students and their families. Based on the information they’ve communicated to families thus far, Ohio’s three largest districts are working hard to rise to the challenge.