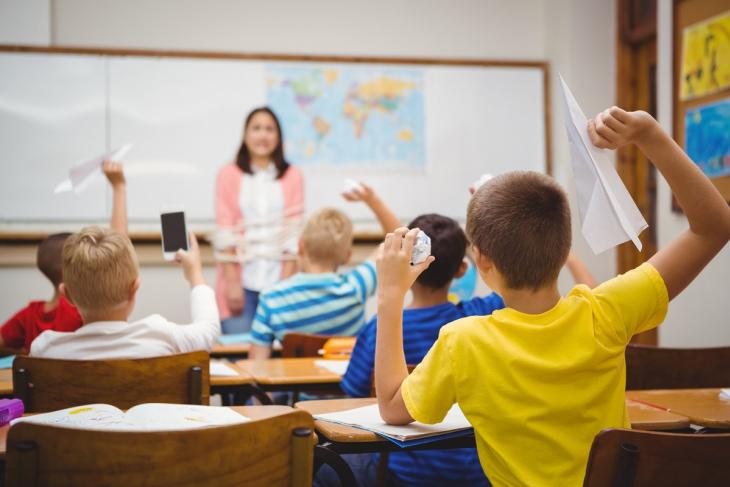 Will social-emotional learning (SEL) be a passing fad, or something that becomes embodied in school culture? The answer likely hinges on whether it’s embraced by parents and educators, and its ability to improve student outcomes. A new study from the RAND Corporation casts some doubt on whether SEL programs can meet those ambitious goals.

In this report, analysts examine the implementation of an SEL program called Tools for Life (TFL) in Jackson Public Schools, a high-poverty Mississippi district of about 25,000 students. TFL aims to develop students’ SEL competencies and improve school climates. It includes eight to twelve classroom lessons per grade that help students recognize and manage their emotions. In addition, TFL asks teachers to use “calm down corners,” hang posters depicting various feelings, and wear lanyards that include problem-solving tools. In Jackson, guidance counselors delivered the TFL lessons every couple weeks in the elementary grades, while social studies teachers did so in middle schools. Consultants and coaches were hired to help support program delivery and provide professional development.

To implement TFL, Jackson randomly chose twenty-three schools to begin using TFL in 2016–17, while twenty-two additional schools waited until the next year. The staggered rollout allowed analysts to evaluate the short-term impacts of the SEL program by comparing pupil outcomes in schools in the first wave—the “treated” schools—versus those that were delayed until the next year. Outcomes include indicators of social-emotional competency (e.g., self-control or empathy), perceptions of school climate (e.g., matters of safety or trust), suspension and attendance rates, and state test scores. The SEL and school climate outcomes were measured via student survey, which the researchers note may suffer from self-reporting biases, while the other data were collected via district records.

The analysis finds no evidence that Jackson’s implementation of TFL improved pupil outcomes. After year one, no significant differences in SEL outcomes or school climate emerge between treated students and their peers. The impacts on attendance, suspensions, and test scores are all likewise insignificant. The point estimates, though not statistically significant, are slightly negative across a large majority of these outcomes. Moreover, analyses indicate that TFL still had no effect on SEL, school climate, or attendance and suspensions after two years of implementation (the district was unable to provide valid data to examine that year’s test scores).

Why the muted impact? While it’s hard to ascertain with certainty, surveys and interviews offer clues about why the program seems to have fallen short of its goals. For one, analysts discover uneven implementation across schools. For instance, among students in treated schools, anywhere from 63 to 100 percent said they’d experienced a TFL lesson. Meanwhile, in-depth fieldwork in several focal schools reveals concerns among educators. Some school staff, for example, thought that the program was too “light touch” and didn’t demand much effort or buy-in, especially from regular classroom teachers. Another worry that surfaced was the “low dosages,” as lessons were taught sporadically over the school year. Last but not least, the study found that “parental engagement was minimal,” limiting opportunities to reinforce at home what students were learning in school.

To sum up their study, the authors write the glum conclusion that the implementation of TFL in Jackson, Mississippi, was “uneven across schools, and in many cases, reportedly shallow.” Of course, it’s not clear whether the lackluster implementation is more a reflection of the TFL program itself, or a lack of capacity on the part of the district. Regardless, this report offers a lesson—and a reality check—about the challenges of SEL implementation.