Grade inflation will catch up with Ohio students 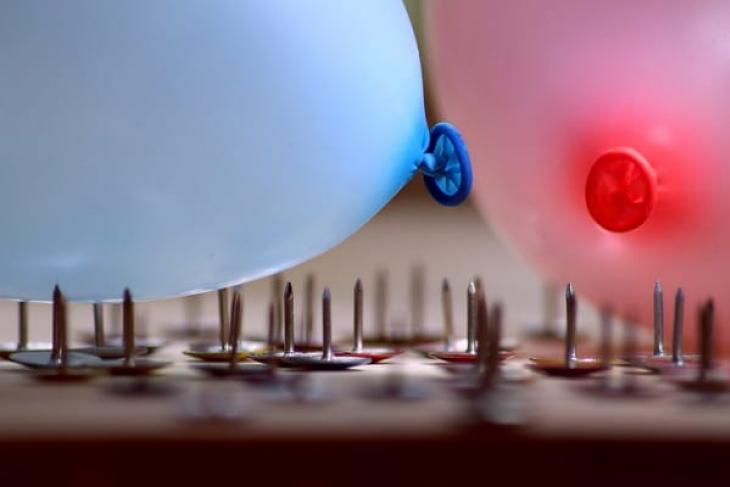 Although 90 percent of American parents believe their children are performing at or above grade level; in reality two-thirds of U.S. teenagers are ill-prepared for college when they leave high school. A major reason for this enormous disconnect is grade inflation.

According to a recent study conducted by American University professor Seth Gershenson and published by the Thomas B. Fordham Institute, grade inflation is for real — and widespread. Analyzing statewide end-of-course exams in algebra from North Carolina, Gershenson found that between 2005 and 2016 many students who received As and Bs from their teachers struggled on the state tests.

This matters immensely, since he also found those exams to be far better predictors of students’ ACT scores and thus their academic preparedness for college.

Further, over the years that he studied, grade inflation occurred in both high- and low-income schools. Like the Tar Heel State, Ohio uses high school end-of-course exams. Last year, just 61 percent of students were proficient on the algebra assessment. Given that algebra is required to receive a diploma, it appears that a large fraction of young Ohioans are passing the course even though they can’t demonstrate proficiency on an objective assessment of algebra knowledge.

This disconnect between course grades and test performance spurred Ohio educators to warn in 2016 that hordes of students would never meet the state’s new and tougher high school graduation requirements, as those are based upon end-of-course exams in math and three other subjects. Fears of low passage rates and, thus, lower graduation rates, led Buckeye lawmakers to approve a temporary — and very weak — set of “alternative pathways” for the class of 2018, which was the first to be affected by the rigorous new requirements. Instead of ever demonstrating competency on an objective measure of skills and knowledge, members of that class could get diplomas via a grab bag of dubious accomplishments like good attendance, a part-time job and senior-year course grades.

Gershenson’s findings should worry Ohio policymakers: If grade inflation makes it easier to pass courses without actually learning the content, then the state risks signaling to parents that their children are ready for college or career when in reality they’re not. This will lead to higher graduation rates, which feel good and make for great headlines, but harm the young men and women who are thrust into the adult world with a false sense of preparedness.

The point isn’t that one should trust tests and mistrust teacher grades. Both have value. High school GPAs, for example, are highly correlated with later academic outcomes. And both measures provide important information because they measure different aspects of student performance and potential.

Going forward, the Ohio State Board of Education has — foolishly, in my view — asked the legislature to extend the easy diploma pathways, and some leaders are unwilling to believe that upcoming classes can meet high expectations. Parents, educators and citizens should push back.

A primary purpose of high school is to prepare students for adulthood and the professional world. A diploma is meant to certify that a student is ready for these challenges. But they can’t do this if diplomas get easier to earn. State exams serve as an important check on course grades.

So let’s please not settle for graduation requirements that rely too much on inflated grades. And let’s keep Ohio’s end-of-course exams, which hold our students to high expectations and help parents know whether the As and Bs they see on their kids’ report cards are consistent with their true level of readiness for what follows.

This piece was first published in the Columbus Dispatch.