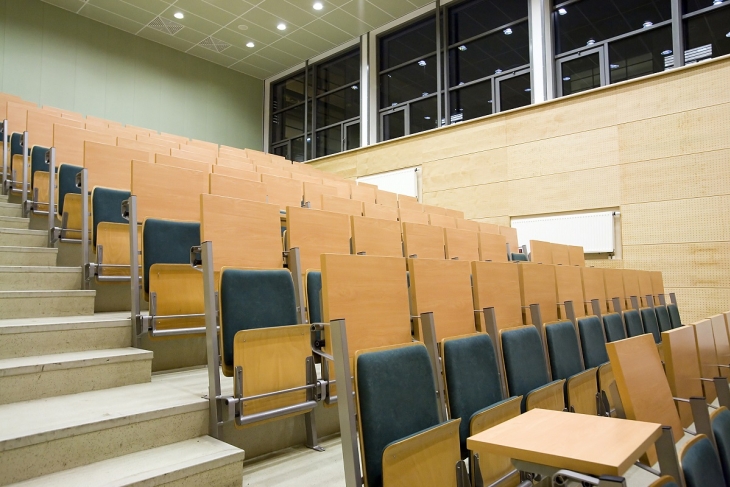 Since 2015, College Credit Plus (CCP) has offered academically eligible Ohio students in grades 7–12 the opportunity to earn postsecondary credit by taking college courses for free before graduating from high school. State law mandates the participation of all public schools and public colleges and universities, but dozens of private schools and private higher education institutions across the state also participate.

CCP is a state-run, state-funded program that is jointly managed by the Ohio Department of Education (ODE) and the Ohio Department of Higher Education (ODHE). As such, it is subject to audit by the Ohio Auditor of State, and a performance audit was conducted in 2021. The recently published audit is worth a read in its entirety, as it offers an in-depth look at the program and proposes ten recommendations to improve participation and performance. But for those interested in a bird’s-eye view, here’s a look at the good, the bad, and the ugly.

CCP was established to address low student participation in Ohio’s original dual-enrollment program, the Postsecondary Enrollment Options Program (PSEOP), and so far, it’s done exactly that. The number of students participating in CCP, as well as the number of credits that have been attempted and earned, has grown every academic year with the exception of 2020–21, during the pandemic. Even then, over 76,000 students participated and earned roughly 650,000 credit hours. Compared to the final year of PSEOP (2014–15), when students earned approximately 190,000 credit hours, that’s an increase of roughly 240 percent. The majority of CCP participants (91 percent) were in high school, and nearly 70 percent of all courses were taken through a community college. Ohio now has one of the highest rates of dual enrollment in the country, and approximately 35 percent of graduating seniors leave high school with some college credit thanks to CCP.

CCP is still relatively new, which makes measuring long-term student impacts difficult. Nevertheless, the audit found some positive trends. As of 2021, nearly 8,000 associate degrees and certificates had been awarded to CCP students while they were still in high school. CCP participants earn on average approximately fourteen college credits (which is equivalent to one semester of college), and most earn at least six. Students who participate in CCP are more likely to enroll in higher education after high school—approximately 68 to 78 percent did so, compared to only 53 percent of non-participants in 2016 and 2017—and college dropout rates among CCP participants were significantly lower than those of non-participants in the classes of 2016 and 2017. There is, of course, some “selection bias” in these comparisons, as students have to meet academic readiness benchmarks before they can participate in CCP, but these are still positive signs of the program’s impact.

And then there’s the money. According to the most recent annual report, Ohio students and families have saved more than $833 million in tuition costs since CCP was established, with nearly $160 million saved during the 2020–21 school year alone. The average participant (who, don’t forget, earns approximately fourteen credit hours) saves roughly $4,400 in tuition, fee, and textbook costs.

One persistent criticism of CCP is that highlighting all this savings is misleading; critics have pointed out that if participants end up spending four years at college anyway, taking the same number of courses as non-participants, they don’t actually save any money in the long run. But the audit refutes that assumption. After reviewing the total number of credits students had earned at the time of graduation or program completion, the audit team found that CCP students who earned associate and bachelor’s degrees in 2021 graduated with roughly the same number of credit hours as their peers who did not participate in CCP, despite entering college with already-earned credits. This means the program actually does save students money, as it allows them to take (and pay for) fewer courses while pursuing a degree. It’s also worth noting that money isn’t the only thing that’s saved; time is also a factor. Fewer required courses mean students have more flexibility to meet family obligations, work a part-time job, explore work-based learning opportunities like internships, or graduate early.

The bad: A lack of oversight could be impacting participation

One of the most troubling takeaways from the audit came via interviews with ODE and ODHE, which revealed that because “there is no formal compliance or oversight function for CCP” established in law, the agencies “are not required to, and have chosen not to, take the initiative necessary to follow through with compliance-related activities.” This lack of program-level oversight means that no one is actively working to ensure that participating schools are complying with program requirements—and as a result, a lot of schools aren’t.

The audit found that there are “significant levels of non-compliance with program requirements among school districts.” For example, although state law requires districts to initiate CCP communication starting in sixth grade, surveys conducted as part of the audit revealed that almost half of districts—43 percent—didn’t start communication until high school. Their failure to follow the law is likely impacting participation, as districts that reported beginning their communication efforts prior to high school had a 14 percent higher CCP hours per student value. The audit found similar non-compliance issues regarding digital information access. Districts are required by law to promote the program on their website, but approximately 37 percent reported that they didn’t. Those that did had an 8 percent higher CCP hours per student value.

It’s worrisome that districts’ failure to communicate could be preventing some kids from accessing CCP and its benefits. But it’s even more troubling that feedback from program participants suggests that some districts may be actively discouraging students from participating. Consider the following examples:

The upshot? In the absence of strong and consistent oversight by the agencies responsible for overseeing this program, students and families all over the state could be losing out on the potential benefits of dual enrollment.

The ugly: Traditionally underserved groups are missing out on CCP’s benefits

Dual-enrollment programs can play a crucial role in closing educational equity gaps, as they give students the opportunity to access higher-level coursework and earn college credit for free. Unfortunately, traditionally underserved students—especially low-income and minority students—participate in CCP at a lower rate than their peers. For example, although Black students made up 17 percent of the overall high school population during the 2020–21 school year, only 5.5 percent of high schoolers participating in CCP were Black; Hispanic students made up 6.7 percent of the high school population, but only accounted for 1.5 percent of CCP participants. Participation gaps for low-income students are even worse. In 2021, nearly half of Ohio students met the criteria for being considered economically disadvantaged, but those students made up only 17 percent of CCP participants.

The audit identifies several factors that could be contributing to these gaps:

Unfortunately, as the section regarding a lack of state oversight indicates, these aren’t the only barriers faced by low-income and minority kids. These populations of students would benefit the most from CCP courses, and yet they seem to be the least likely to have access to the program. Addressing the obstacles outlined above (and ensuring that schools are adequately preparing students for college-level work) would likely go a long way.

Overall, there’s plenty to celebrate in this audit. That includes the audit itself, which shines a welcome light on plenty of aspects of CCP that either weren’t included in the state’s annual report or were mentioned only in passing. But there’s also a lot to be concerned about. The lack of oversight is troubling. State policymakers would be wise to use the upcoming budget to add provisions to state statute that require ODE and ODHE to hold schools accountable for following the law. As for the participation gaps for low-income and minority students, the state’s attempts to address the issue are a good start, but both state leaders and those at districts, colleges, and universities can and should do more—and the best place to start would be tackling achievement and readiness gaps starting as early as possible. 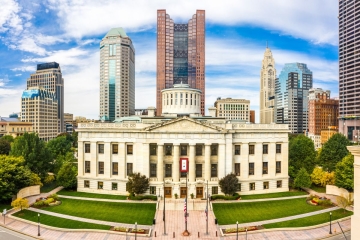 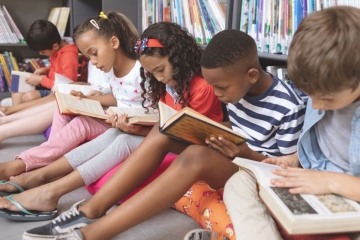