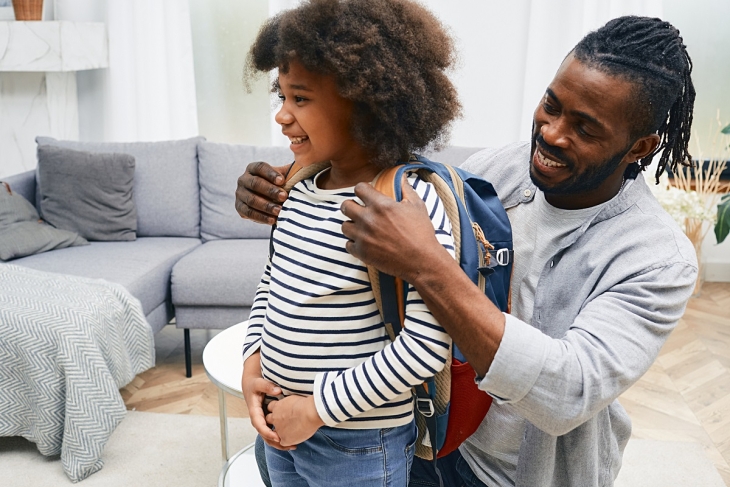 Since the 1980s, parents in London, England, have been guaranteed the right to choose a state-funded school for their children, with capacity being the only barrier. Since 1996, school performance tables have been made publicly available to aid them in sorting through what can be a wide array of options. While the ideal randomized school choice experiment is not possible in this environment, a recent working paper from Queen Mary University Ph.D. candidate Marco Ovidi approximates random variation in school selection by utilizing the tie-breaking mechanism of the centralized assignment process. Turns out that parents seem to know best for their children, even when their choices go against the publicly available school information.

For primary school in England (ages five to eleven), parents are required to rank up to six schools at the time of application, in order of preference. Those preferences are informed by publicly available information including standardized test scores, value-added measures, and the student composition of the schools. Local authorities (LA) overseeing schools are required to provide a seat to local applicants—those living in closest proximity—and to assign all applicants to the highest preference school available. Institutions with excellent test scores are typically sought after and usually become oversubscribed before seats are assigned. In these cases, distance to the school is used as a tiebreaker between applicants with equal priority, generating catchment areas that vary year by year. This divide allows Ovidi to identify applicants living at a similar distance from a given school—thus, having the same chance of admission—and compare those who got a seat in their most-preferred school and those who did not.

Ovidi’s data include administrative and demographic information on 199,220 applicants to London primary schools and the value-added scores of those schools in 2014 and 2015. The average parent ranked three or four options upon application. London students are more likely to have a disadvantaged background, with a higher proportion of students eligible for free lunch or with special education needs as compared to students in the rest of the UK. London schools, however, typically outperform the national average in terms of test scores. As befits the density of a major European capital city, catchment areas around London primaries average just 600 meters (just over one-third of a mile) and can be as close as 300 meters (less than one-fourth of a mile). One caveat Ovidi notes is that schools are allowed certain admission priorities—such as siblings of currently-enrolled students—that override the centralized assignment system, although he does his best to identify and correct for these relatively-few outliers.

Not surprisingly, parents overall show strong preference for primary schools with higher test scores and for institutions located closer to their homes, regardless of socioeconomic status, although parents in higher-income areas of London have access to more high-performing schools nearer to them. However, any given school can be ranked very differently by different parents without observable characteristics to explain the variation. Ovidi suggests parents are making personal, child-specific judgments about schools with information gathered from sources as yet unknown. Even more interesting, it seems these gut decisions ultimately create better school matches. While higher-performing schools will, in general, produce higher student achievement than will lower-performing schools, Ovidi finds that students who land in their parents’ first-choice school perform even better than expected based on test scores and value-added data. Enrollment in a preferred school increases achievement in mathematics by 0.09 standard deviations above what would be expected based on school quality compared to a similarly effective institution with lower parental preference. To state it another way, a student will actually do worse academically if the tie-breaking algorithm sends him to a less-preferred school, even if it is statistically identical to the school that his parent ranked first.

A specific example of positive parental preference effects explored in the paper also shows the complex interactions at play. Ovidi looked at male students who entered primary school with relatively low achievement levels. Parents of these students, unusually, tended to prefer schools with lower overall performance ratings than other options near them. Those boys did better in their parents’ preferred institution than did their peers in higher-performing schools. And since the match effects observed in his sample are largest in schools in the bottom quartile of the peer quality distribution, he also suspects that such seemingly paradoxical preferences are driving the positive outcomes. Ovidi hypothesizes that these parents preferred to place their lower ability students with peers at or near the same level rather than with children who are more advanced. While he cites other research showing that males react “less productively” than females to new environments with higher-ability peers, the data do not go far enough to prove this conclusively.

The bottom line appears to be that parental choices, while informed by school quality and proximity, are child-specific and based on other factors beyond the obvious. But that is not to say that they are arbitrary or focused on non-academic considerations. Quite the contrary, it seems. Parents can not only spot a good school generally, but can also home in on the school that is the best fit for their child. We must respect these abilities when designing school choice programs. As EdChoice’s Mike McShane puts it in his brief analysis of Ovidi’s work, “By understanding the skills that parents have in navigating their choices and the differential quality within the options...we can better understand how to improve them. That improvement falls to policymakers, so understanding the factors that lead to the adoption and expansion of programs is all the more important.”