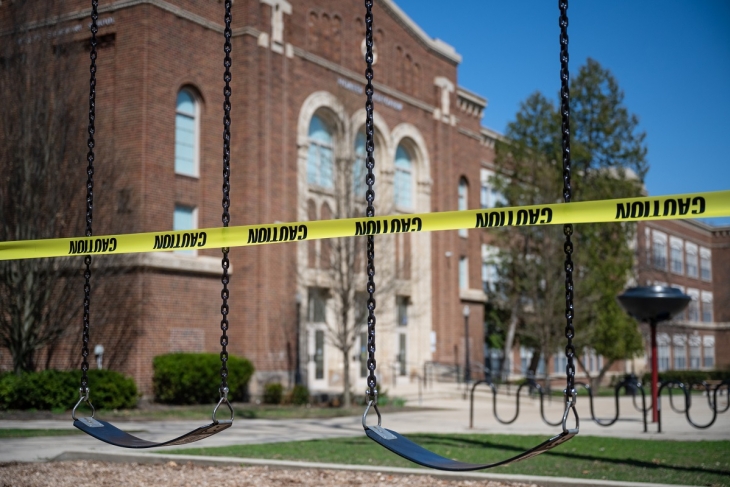 As unprecedented as our current times may appear to be, large scale disasters and emergencies such as those provoked by the global spread of COVID-19 are not new. Crises as diverse as World War II, the Cultural Revolution in China, and years of political and social unrest in Argentina in the 1990s have been studied extensively in terms of their long-term impact on citizens who experienced them as children or teenagers. All of these events resulted in systemic education disruptions for various lengths of time, and led to persistent earnings declines that often lasted decades. For instance, research suggests that the negative economic impacts of the 1918 influenza pandemic—the closest cousin to today’s—were felt into the 1980s. Predictive research on the topic has been done in recent times as well. Modeling in the U.K. and U.S. found that closing all schools—for any reason—for just four weeks (far shorter than what most countries are currently experiencing) would cost between 0.1 and 0.4 percent of gross domestic product (GDP) just in the short term.

With these precursors to build from, a new working paper from the policy research arm of the World Bank takes a look at the potential cost of school closures in response to the current pandemic. Lead researcher George Psacharopoulos and his team estimate the GDP losses globally and across countries due to prolonged school closures—four months in the case of this initial formula—as well as assessing the cost to affected students in terms of expected lifetime earnings.

Two variables are key to their formula. The first is the rate of return on education, which research pegs at about 9 percent over an individual’s lifetime. That is, every additional year of schooling equates to about 9 percent in additional future earnings. This varies from country to country, but the outputs of the formula are reported globally and then by three country-income groups (low-, middle-, and high-income countries) to account for this variation. The second variable, however, is the most important. It is a mitigating factor against learning loss generated by distance learning during the period of school closure. More on that in a moment.

Not only are these outcomes unsurprising, given the structure of the modeling, but they have also been borne out by history. The Argentinian example is particularly instructive, as the negative financial impacts fell almost entirely upon the lowest income levels of society. In fact, the prolonged nature of the crisis there appeared to allow higher-income families time to adapt to the new reality—finding their own means to continue educating their children in spite of systemic educational disruption.

And this is where the second variable comes in. The researchers categorize their mitigation variable as an “optimistic” one. In it, only 10 percent of students suffer learning loss; the other 90 percent continue to learn at their regular rate due to distance learning opportunities. The research team adopted this mitigation factor—and their putative four-month school closure—based on UNESCO estimates in the early days of the pandemic, but the realities of both are likely far too volatile and fast moving to determine a real picture of closure length or learning loss mitigation now. For every country, state, district, or school doing well generally by its students, there is at least one whose efforts are patchy and another struggling mightily. If in reality there is less mitigation than this optimistic formula presents, the poorer mitigation efforts disproportionally affect low-income students, and the closures continue into next school year, the educational and economic losses from the COVID-19 pandemic will be far worse than even the most clear-eyed analysts are yet predicting.