Ohio should eliminate its waiting lists for private school choice 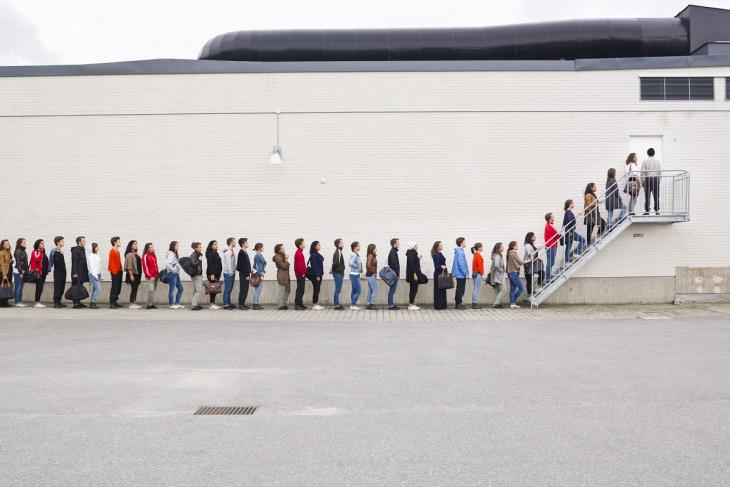 All families deserve the opportunity to choose schools, whether public or private, that meet their needs and wants. To its credit, Ohio has been a trailblazing state when it comes to supporting private-school choice via state-funded scholarships, a.k.a. “vouchers.” But it might surprise you to learn that hundreds of students are being denied their school of choice simply because Ohio hasn’t yet provided sufficient funds to meet the robust demand for these scholarships. This situation is especially unconscionable because the very students being shut out are those who need the help the most—children from low-income families who face the greatest barriers to getting their top choice of schools.

Since Ohio’s scholarship programs first began in the fall of 1996, they have helped thousands of families gain access to schools they otherwise couldn’t afford. The chart below, taken from our “Ohio Education By The Numbers” webpage, shows the implementation of the various scholarships, which include programs geared to special-needs students and children slated to attend low-performing district schools. It also reveals an impressive upward trend in participation, with nearly 50,000 students today using one of the state’s five scholarship programs to attend private schools.

Starting in 2013–14, Ohio began offering scholarships to low-income students living anywhere in the state. Known as Income Based EdChoice, this program has been phased in by one grade level each year, with fifth graders becoming eligible in 2018–19. Under Governor Mike DeWine’s budget plan, Income Based EdChoice would continue its phase-in with sixth and seventh graders becoming eligible over the next two years. Children from any family with income at or below two times the federal poverty level  ($50,200 for a family of four) are eligible for this scholarship.

Regrettably, the supply of scholarships for Income Based EdChoice hasn’t kept pace with demand. In a budget analysis, the state Legislative Service Commission (LSC) notes: “In recent years, ODE has conducted a lottery for expansion slots [i.e., Income Based EdChoice scholarships] because the available appropriation was not sufficient to meet demand.” Translation: More families applied for scholarships than were available. Hence the need for a lottery to determine which low-income students luck out and who goes home empty handed. The Ohio Department of Education (ODE) should, as a matter of practice, publicly disclose how many applicants were denied, but our understanding is that at least 1,000 students applied but did not receive scholarships for the 2018–19 school year. The denials may have been even higher had ODE opened a second application window during the summer.

As indicated by the LSC note, the mismatch in supply and demand is due to insufficient funding. The Income Based EdChoice program is funded through a line-item appropriation in the state budget, and because that amount is fixed, the number of scholarships available is effectively capped. For instance, Governor DeWine proposes a FY 2020 appropriation of $57.2 million, providing enough funding for roughly 13,500 scholarships, or about 2,000 per grade level. (The maximum scholarship is $4,650 for grades K–8.)

As the state budget bill moves through the Senate, legislators should consider ways to ensure that no child is denied a scholarship. There are two possible ways to do this.

Eight years ago, during the debate over lifting the traditional EdChoice cap, my former Fordham colleague Jamie Davies O’Leary raised the incisive question: “What would you personally tell families who got locked out of the voucher lottery?” One possible response is “tough luck.” But that’s no way to answer parents who long for a better choice but are denied just because the lottery balls don’t bounce their way.

To their credit, Ohio legislators have unleashed more school-choice opportunities via Income Based EdChoice. But when unmet demand remains, those opportunities remain illusory for some. Lawmakers should finish the job by providing the funds necessary to support all families—especially our most economically disadvantaged—seeking a private-school choice. No child should be left on the outside looking in.