In the debate on graduation requirements, echoes 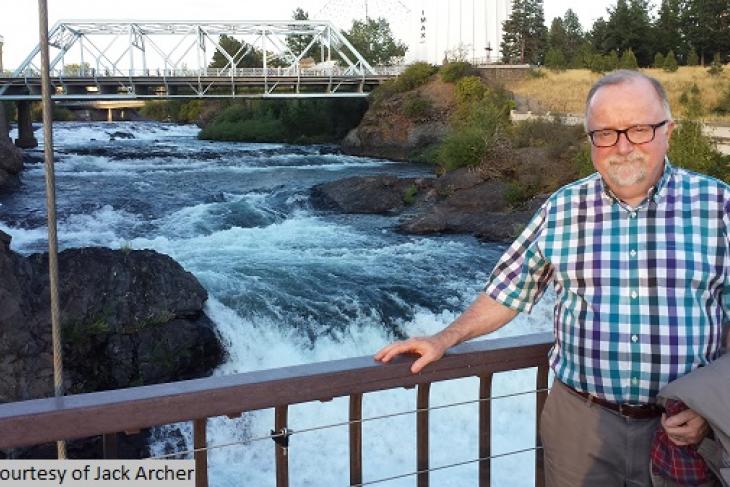 Last fall I retired to Northeast Ohio, where my wife and I have family, from Washington state, where I’d been staff to the State Board of Education and the state legislature. In perusing the Plain Dealer one morning, I felt that I could as well have been back in Olympia.

The story described new state high school graduation requirements linked to higher standards defining readiness for college and career that had been set by Ohio’s State Board of Education and the fierce backlash ensuing from superintendents and others. The State Department of Education calculated that nearly 30 percent of high school juniors were likely to fall short of graduating next year if the new requirements were applied to them. Superintendents organized a protest rally—dubbed by one State Board member a “march for mediocrity”—on the statehouse steps. In light of the concerns voiced, the Board created a task force to make a recommendation on whether the requirements should be changed or phased in in some manner.

That the present controversy resonates with my experience in Washington is not such a surprise. I could have moved to Ohio from many other states grappling with the same question: Can you have higher standards for granting a high school diploma geared to measures of career and college readiness without adversely affecting graduation rates, at least for a while? How do we best resolve the inherent tension between the twin goals of higher standards and higher graduation rates?

While the parallels between Washington and Ohio are striking, there are significant differences, too. I relate the Washington story not for its intrinsic interest, but in the hope that there may be things to be learned from the Evergreen State experience.

While Ohio requires students to earn a cumulative passing score on a series of end-of-course tests to graduate, Washington has set passing scores on statewide assessments developed by the Smarter Balanced Assessment Consortium (SBAC) linked to Common Core State Standards as a bar for earning a state-approved diploma. Legislation enacted in 2013 required the State Board to establish the scores students must reach to obtain a state diploma. “The scores established by the state board of education for the purpose of earning a certificate of academic achievement and graduation from high school may be different from the scores used for the purpose of determining a student’s career and college readiness,” the act said.

In rule, the Board adopted aspirational language declaring that, “The state’s graduation requirements should ultimately be aligned to the performance levels associated with career and college readiness.” But there is no law requiring that the two be so aligned, and pressure from “the field” will continue to be strong that they not be aligned lest graduation rates slip.

In a November 2014 presentation on alternative assessments, a consultant to the Board posed the big, unpleasant but unavoidable question, “How can we increase the rigor of a high school diploma and the number of students graduating at the same time?” It is the same question confronting the Ohio State Board now.

In January 2015, the Washington Board formally stated an intent to adopt an “equal impact” approach to setting the minimum, “or cut,” scores for graduation. Under this approach, the cut scores for the Smarter Balanced assessments would result in the same projected percentage of students earning a diploma as would have been the case had the state still been using the old, superseded state assessments aligned with earlier, less rigorous state standards.

In August, the Board adopted scores implementing that policy. Superintendents supported the action as fair to students while their districts continued to transition to the new standards and assessments. Business-backed education reformers criticized it as a retreat from standards. “The Washington State Board of Education today fell short of setting a clear path for our state toward all students graduating high school prepared for their next step in life,” said the Seattle-based League of Education Voters.

The Board stated that the initial score-setting begins the process of moving toward more rigorous college-and career-ready standards, and “was not done to compromise or confuse our goal.” Its good intent is not to be doubted. To reiterate, however, there is no law requiring that scores established for graduation move toward and ultimately equal those for career and college readiness, and none on the horizon. I will watch from my new home to see whether the Board’s intent is realized in a political environment not friendly to it.

As I keep an eye on events in Washington, having been so involved for so long, I’ll also be following the deliberations of the task force created by the Ohio State Board of Education with great interest.

I find much to credit in Ohio’s graduation requirements. Having students achieve a minimum cumulative number of points on state end-of-course tests rather than meet a standard on each consortium-designed test and the alternative pathways to graduation offered, including an industry credential and established workforce readiness assessment, are worthy of examination, and perhaps emulation, by other states.

Change is hard, we all know. It is prudent for the Board to step back and, with the help of the task force, consider what may be the best way to implement the new requirements while doing the least harm. At the same time, the Board should resist the inevitable pressure to back away from higher standards. It is critical that board members not lose their focus on what will best prepare students—meaning this generation of students and not some future one—for success in life after high school in a very different and more challenging world from when my generation was in school. The stakes are very high.

Jack Archer served as director of basic education oversight at the Washington State Board of Education until his retirement in 2016.  He lives in Fairview Park.