A closer look at stackable credential pipelines in Ohio 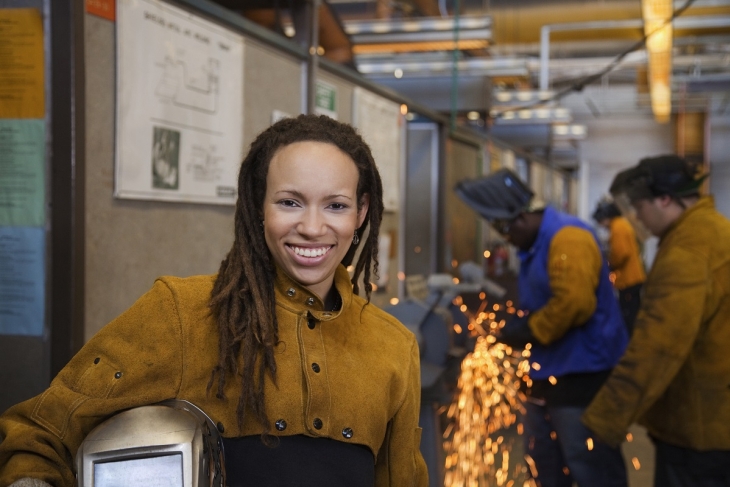 The U.S. Department of Labor defines stackable credentials as a “sequence of credentials that can be accumulated over time.” Research indicates that they can lead to higher-paying jobs for students and improve talent pipelines for employers. Over the last few years, Ohio has become a national leader in developing stackable credential pipelines. But what kinds of programs are available, and do they actually lead to improved life outcomes?

A new report from the RAND Corporation and the Ohio Department of Higher Education (ODHE) seeks to answer these questions by examining the development of stackable programs by Ohio institutions and determining whether individuals who earned and stacked credentials received increases in their yearly earnings as a result. The report examines vertical stacking, when students start with an initial certificate and then stack credentials upward toward the degree level, as well as horizontal stacking, which occurs when students stack either credit or non-credit credentials at the same level. It focuses exclusively on the fields of health care, manufacturing and engineering technology (MET), and information and technology (IT) because they account for more than half of the certificates awarded in Ohio. And it considers three types of credentials:

1. Degrees, which can be earned in two or four years and cover general or field-specific coursework.

2. Certificates, which can be earned in two years or less and cover coursework focused on preparing a student for a specific job. Here, too, there are three types:

a. Clock-hour certificates, which offer no credit toward a degree and are awarded by an Ohio Technical Center (OTC), a community college, or a university.

b. Short-term credit-bearing certificates, which require less than one year of full-time enrollment and are awarded by community colleges and universities. Examples include certifications in welding or becoming an emergency medical technician.

c. Long-term credit-bearing certificates, which require one or more years of full-time enrollment and are awarded by community colleges and universities. Examples include certifications in massage therapy, or heating, ventilation, and air conditioning.

3. Certifications or licenses, which are awarded by industry-recognized groups to certify that students have specific knowledge and skills.

The researchers start by taking a close look at the programs offered by Ohio’s public institutions. First, they focused on the 2004–05 and 2018–19 academic years to identify changes over time. After examining administrative records provided by ODHE—a dataset that included 1.3 million credentials awarded over the course of fifteen years—they found that there was rapid growth in the number of certificate-level program offerings in all three fields.

Next, they sought to determine whether these programs were designed to encourage credential stacking. They identified seven key features of a stackable credential program, such as linking them to industry-recognized credentials and embedding certificates into a degree program. ODHE provided data again, this time from the state’s certificate program approval process, which relies on self-reported data. Overall, the percentage of new certificate programs that reported stackable features increased between 2014 and 2019.

But did this increase in programs with stackable features benefit Ohio students? To find out, the researchers used several statewide data sources—enrollment and completion records from OTCs, public community colleges, and universities, as well as unemployment records—to identify individuals who earned an initial certificate from an Ohio postsecondary institution between 2004–05 and 2012–13. After controlling for economic trends, college enrollment status, age, and other characteristics, they found that, on average, Ohioans who earned a postsecondary certificate saw a 16 percent increase in their annual earnings. Those who stacked multiple credentials, meanwhile, saw a 37 percent increase in earnings, which is equivalent to approximately $9,000 annually. But it wasn’t just stacking that gave students a boost—the type of stacking also mattered. Individuals who started with long-term certificates, stacked credentials vertically, and earned their credentials in the health care field saw the largest increase in earnings.

Results also varied depending on demographics. For instance, after obtaining an initial certificate, Hispanic students benefited from significantly larger earnings gains than White and Black students. When it came to stacking, however, Hispanic students had overall returns that were similar to White students. Overall earnings gains from stacking were much higher for younger students—those who completed initial certificates before the age of twenty-five—than for their older peers. And women saw higher earnings gains than men after obtaining an initial certificate and after stacking. Women who stacked credentials saw a 47 percent overall increase in earnings compared to a 22 percent increase for men. This difference, however, could be explained by the fact that women were overrepresented in the health care field, where returns for credentials are higher.

The report’s authors are careful to note that more data and research are needed to truly understand credential stacking in Ohio. But the results of this study should be welcome news to institutions who have invested heavily in stacked credential pipelines, as well as to individuals who are looking for a way to boost their earnings.