All students should have the option of daily in-person instruction 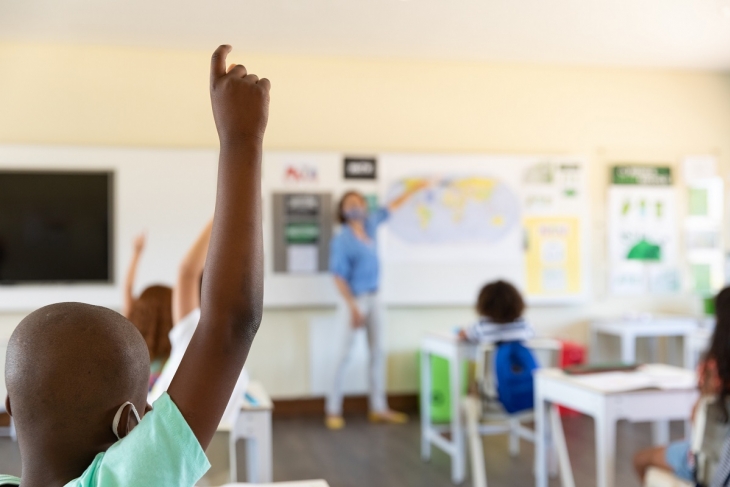 With Covid-19 cases dropping, teachers getting vaccinated, and new data and guidance coming in all the time showing that schools can operate safely with mitigation strategies in place, more Ohio schools are shifting to in-person schooling. For some families, that means a long-awaited return to a five-day-a-week in-person schedule. Their children will once again benefit from face-to-face learning and daily interactions with teachers and peers. Given the serious concerns about students’ academic and social-emotional well-being, this couldn’t come a minute too soon.

Sadly, other Ohio families won’t be as fortunate. Their schools will be open for in-person instruction a couple days a week, but remote learning will drag on in the form of “hybrid” models, a structure that is hard on both teachers and learners. As of the end of February, the Ohio Department of Education reported that one in three Buckeye districts were still using only remote or hybrid models without the option of full in-person education for any pupils.

The holdouts include some of Ohio’s largest school systems. In Columbus, for instance, elementary students recently began hybrid learning, but the district has no plans for returning to daily in-person instruction. Most Columbus high school students will remain in full remote mode until late March when they will finally transition to a hybrid schedule. But, again, no full-time option if you’re a district high school student, even as a number of private and public high schools have been fully open since last fall.

Cleveland recently unveiled its much-anticipated plan to begin in-person instruction, but that plan also centers on hybrids. For parents there, as in Columbus, the well-documented frustrations and learning losses associated with remote learning and “half-school,” as one parent recently put it, are sure to continue.

For now, the state is allowing this. For priority status in the state’s vaccination program, Governor DeWine asked schools to offer at least hybrid learning. That was a successful nudge for school systems to move away from fully-remote offerings and get some students back into classrooms at least part time. But it doesn’t help families who are sick of remote learning and want their children back in school full time.

What to do? One option, albeit blunt, is for lawmakers to wield their authority and require all schools to offer full in-person instruction to any family that wants it. This route—currently being discussed in Massachusetts—would be controversial, of course, likely provoking an outcry from district administrators and teachers unions. Another option is for parents to pressure their local school boards to reopen five days a week, something that’s happened in parts of Ohio and other places in the country.

Yet another possibility is to give families access to private schools that are open five days a week. As national surveys indicate, private schools are more likely to have continued to operate in person over the past year. That’s true here, too, as we see in a recent article from Southwest Ohio. In their enrollment efforts for next fall, those private schools have even promoted their ability to stay open and offer in-person instruction. The problem, of course, is that only families with the disposable income to afford tuition—or those who are eligible for the state’s private-school scholarships—have access to these schools. Under current law, EdChoice offers scholarships for students attending low-performing public schools or from low-income households.

A straightforward adjustment to Ohio’s EdChoice program could open private-school opportunities to parents who aren’t satisfied with the hybrid learning available at their district schools. State lawmakers need only expand scholarship eligibility to include any child attending a public school that is not offering in-person instruction five days a week. This is something that legislators in Georgia, Maryland, and New York have proposed. Students would immediately become eligible for an EdChoice scholarship if their public school offers only hybrid or remote learning opportunities. If legislation passes quickly, this could enable students to transfer to private schools later this spring. But given the time needed to enact bills, it would more likely apply to children whose schools announce they’ll start the year in remote or hybrid mode or switch to such learning models for an extended period during the year (absent a public health emergency declared by the governor).

Some will say that there’s no need to change the scholarship law because schools will surely be open in person, full time by autumn. If that turns out to be the case, terrific. We all want to see schools open and operating normally next year. But we can’t count on it. Some U.S. school systems are already planning for remote learning in fall 2021. Labor challenges could also impede progress in fully reopening schools. Returning to Cleveland, for instance, the local union immediately blasted the district’s reopening plan. “CTU members will return to in-person learning when it is safe for us and our students to return. Until then, we will continue educating Cleveland’s children remotely,” said its president.

Parents and students who want to be in a classroom shouldn’t have wait on the sidelines if their local district isn’t offering daily in-person instruction. That’s not to say parents should be rushed. Remote options should be offered until all families are comfortable sending their children to school. Some may have legitimate reasons to prefer the online version. But polls indicate that a sizeable number of parents (about one in three) want daily in-person instruction for their kids. That demand will only rise if cases continue to decline and schools prove that it’s possible to operate safely. The best way to ensure that all families have in-person opportunities—should they want them—is to empower parents with a full menu of public and private school options.