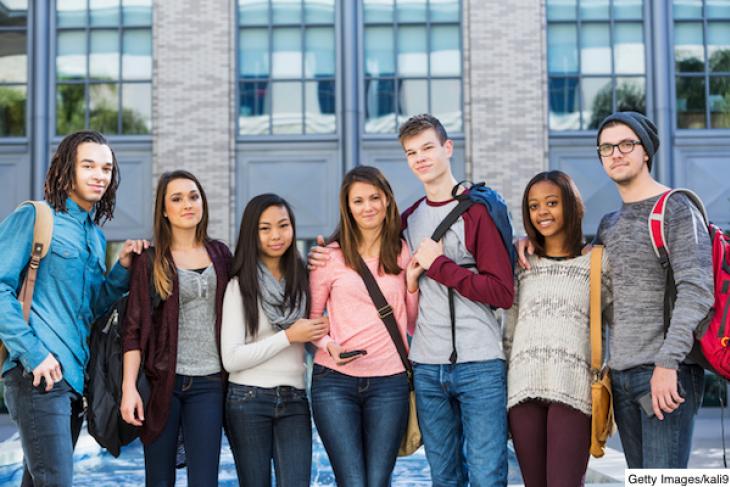 Eleven weeks back, those of us at the Fordham Institute reported that current accountability systems in most states give primary and middle school educators scant reason to attend to the learning of high-achieving youngsters—which is to say, those systems generally fail to create incentives, rewards, or even transparency regarding the learning gains that schools are producing for students who have already crossed the proficiency threshold.

We coupled that bleak finding with a reminder that the Every Student Succeeds Act (ESSA) creates a rare opportunity for state leaders to rethink their accountability systems and thereby set matters right.

Now we’re back with a similar appraisal of state accountability regimes as they affect high schools. This one isn’t quite as gloomy, as we find more states paying attention to high achievers in the upper grades—and the structure of high school is more amenable to such attention, organized as it is around courses and course sequences, including electives that may include honors and AP classes and other means of accelerating one’s learning.

Not as gloomy, no, but not exactly rosy, as we can identify just four states that are doing it well today (Georgia, Ohio, Pennsylvania, and Texas) and four more (Alabama, Idaho, Louisiana, and New York) that are clearly moving in the right direction based on their recently released plans for holding schools accountable under ESSA.

As we found in the earlier grades, most states’ accountability systems for high schools lean heavily on proficiency rates—measuring the proportion of students who reach the proficient level on state tests, mostly in English and math. That’s not a great metric for school quality in the first place, considering how closely it correlates to student demographics and prior achievement rather than illumining the school’s true effectiveness as a learning engine. But it’s doubly lacking with respect to high achievers, as it signals to schools that those kids—who were already proficient on the first day of the school year—“aren’t your problem.” Why sweat teaching them more when the school gets no credit for doing so? (Fortunately for the kids, many right-thinking educators do pay attention to their students’ needs and opportunities, not just to state-level ratings and policy machinations.)

Accountability schemes for high schools have also focused heavily on boosting graduation rates. That’s an important thing to do but, again, does little for high achievers, nearly all of whom were already on track to graduate. Along the way, we must also note, the push to raise graduation rates has fostered such dubious practices as ersatz “credit-recovery” options for those who didn’t take or pass the requisite courses the first time around and who may therefore not get truly equivalent learning, even if they wind up with a diploma.

Nevertheless, we’re pleased to report some positive developments. For example, we found twenty-two states giving (or planning to give) high schools some accountability points for helping students earn college credits before graduation via AP, dual enrollment, and the International Baccalaureate (IB). Note that we only laud states that focus on the actual attainment of college credit during high school—for instance, rewarding schools where lots of kids pass AP tests (i.e., performance), not where they get a lot more kids simply to enroll in AP courses (i.e., access).

The impulse to get more students, especially poor and minority youngsters, into such advanced options is entirely commendable, but here, too, a worthy goal can have unintended side effects—in this case, by leading to the inclusion of students who aren’t actually prepared to succeed in more challenging academic settings. It’s not clear from the research literature that sitting in an advanced classroom but not succeeding in the course itself does a student much good. And one must also ask whether such an approach is good for the high-ability kids in those classrooms who truly are prepared to get the most from them. All too often, we sense, the well prepared pupils who end up forfeiting some of the benefit of such learning opportunities are themselves from disadvantaged backgrounds, as it is their schools—not the fancy high schools in posh suburbs—that tug hardest to open those classroom doors wider and push kids through them who may (through no fault of their own) not be up to the challenges within.

Again on the mostly positive side, we find thirty-two states that calculate—or intend to calculate—academic growth at the high school level using models that include high achievers. That does not, however, mean that they necessarily give sufficient emphasis to growth versus proficiency.

As is evident from the to-ing and fro-ing in the paragraphs above, the dark clouds we spotted on the high school horizon often have silver linings, just as the fluffy ones carry some threat of gloom. That’s simply the state of school accountability in the U.S. today. So yes, we see a positive overall trend, as a number of states begin to upgrade their accountability systems in ways favorable to high achievers. But—as demonstrated by the blunt fact that we can only confer overall high marks on eight states at this time—there is a long way to go.

It’s important for America’s future that we persevere in that journey, because our track record at the high end of academic achievement at the high school level has been seriously disappointing for far too long. Whatever modest gains we wrought in the early grades in the NCLB era, as gauged by measures such as the National Assessment of Educational Progress (NAEP), twelfth-grade scores have been flatlining for decades, especially at what NAEP terms an advanced level. The same is true of SAT and ACT scores. As for international metrics such as PISA and TIMSS, we’re being sorely outclassed by far too many other countries, both in the fraction of our young people who reach the upper ranks on those metrics and in the representation of lower-SES and minority youngsters (save for Asian Americans) among those who do make it.

Getting the accountability system right for high achievers will not, in and of itself, propel us into the top tier of high achievement on a global scale, but it’s a key component of such propulsion.

Fortunately, states now have an opportunity to put America’s schools on the right path. It will take leadership and courage, however, as naysayers will always insist that any attention given to high achievers is inherently elitist, if not classist or racist. These nattering nabobs of negativity are simply wrong. There are hundreds of thousands of American teenagers ready to work harder, reach higher, and go further, if only we give them the chance. Many are kids of color and come from poor families. They deserve our attention. State accountability systems can send strong signals about who matters. The right answer is everyone—including high achievers.