2022 in review: Ohio’s biggest education stories of the year 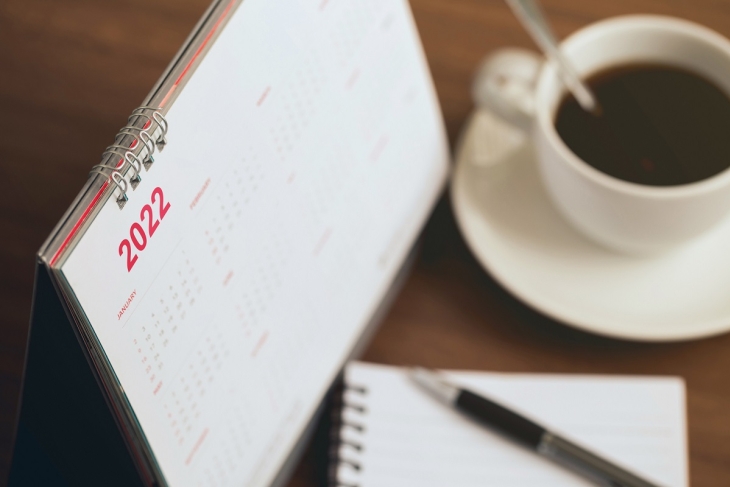 A key part of year-end celebrations is looking back and pondering the events of the past twelve months. Such reminiscing isn’t always pleasant, as there are inevitably things that we’d rather forget, but it’s important to take stock of what’s happened as we prepare for what’s next. With that in mind, here’s a brief overview of four of Ohio’s biggest education stories from 2022.

As was the case during the two prior years, the breadth and depth of pandemic-caused learning loss was a major headline in 2022. In September, an analysis of state test results from Ohio State University professor Vladimir Kogan found a mixed bag for elementary and middle school students: Achievement seems to have rebounded in English language arts, but recovery in math is much more sluggish, as students remain about one-half to a whole year behind in that subject. Students in the upper grades, meanwhile, are making less progress than their younger peers. Eighth grade learning losses have not rebounded, and tenth-graders actually seem to be falling slightly further behind in ELA.

Unfortunately, state data weren’t the only source of bad news. A fresh round of results from the National Assessment of Educational Progress (NAEP), commonly referred to as the “Nation’s Report Card,” also revealed massive learning losses. Between 2019 and 2022, Ohio’s eighth grade proficiency rate fell from 38 to 29 percent in math and from 38 to 33 percent in reading. Fourth grade losses weren’t quite as alarming, but proficiency still dropped 1 percentage point in both subjects.

Given these results, it’s clear that Ohio has a lot of work to do to ensure that students make up the academic ground they lost during the pandemic. This is especially true for schools that serve large populations of economically-disadvantaged, Black, or Hispanic students, as they fared worse academically than their peers. After the pandemic, many of Ohio’s preexisting achievement gaps are wider than ever.

In the early days of January, a coalition of school districts known as the Ohio Coalition for Equity and Adequacy of School Funding filed a lawsuit aimed at striking down the EdChoice Scholarship Program. EdChoice, which is Ohio’s largest private school choice program, served over 50,000 kids during the 2020–21 school year. If the plaintiffs prevail, that number will drop to zero—ushering in a host of real-world consequences for thousands of Ohio families, students, and taxpayers, and opening the door for challenges to Ohio’s other three voucher programs. The case is currently pending in the Franklin County court system.

Vouchers weren’t the only school choice program under attack this year. Charters also found themselves in the crosshairs thanks to attempts by the Biden administration to alter the federal Charter Schools Program (CSP). For nearly three decades, CSP has offered grants to support brand-new charter schools and, more recently, high-quality networks looking to expand and serve more students. Congress approved another round of funding for CSP in March. But soon after, the Biden administration proposed an unprecedented set of new rules that would have made it close to impossible for many charters to access the funding. To make matters worse, the comment period was unusually short (only one month, compared to the usual two), and the charter school community wasn’t consulted about the changes.

As the comment period drew to a close, a group of eighteen governors—including Ohio Governor Mike DeWine—submitted a letter expressing their opposition to the new rules and called on the Biden administration to remove the most troubling provisions. The feds eventually backed down, and the finalized rules didn’t include many of the worst elements from the initial proposal.

Research is clear that, when it comes to students’ academic performance, teachers matter most among school-related factors. Given the steep learning losses caused by the pandemic, and the urgent need to get students back on track, teachers are more important than ever. But in districts throughout Ohio, local leaders are expressing increasing concerns over teacher shortages. In January, some schools reported not having enough adults to meet kids’ needs. Those reports persisted throughout the spring and carried over into the start of the new school year.

The good news is that state leaders and advocates seem to be paying attention. The Ohio Departments of Education and Higher Education sponsored regional meetings this fall aimed at gathering ideas for how to improve teacher recruitment and retention efforts. Various education groups have also proposed solutions, including Fordham. The bad news is that, despite widespread discussions of teacher shortages throughout the year, Ohio doesn’t have detailed statewide data about the size and scope of the problem.

Lawmakers tried to go out with a bang this year. In early December, the Ohio Senate passed SB 178, legislation that would overhaul the state’s education governance structure. Major changes include transferring most of the powers of the State Board of Education and the Superintendent of Public Instruction to a new agency, the Department of Education and Workforce (DEW), which would take the place of the Ohio Department of Education. The director of the DEW would be appointed by the governor. It should come as no surprise that such a huge proposed change received plenty of media coverage. But despite all the clamor, the bill didn’t get passed out of the House before the end of lame duck session. However, although it might not have passed this year, all indications are that it will be a priority for the Senate when the next legislative session begins in January.

And there you have it. It’s been another eventful year in Ohio education, with ups, downs, and everything in between. Stay tuned for Fordham’s predictions about what the new year will bring.