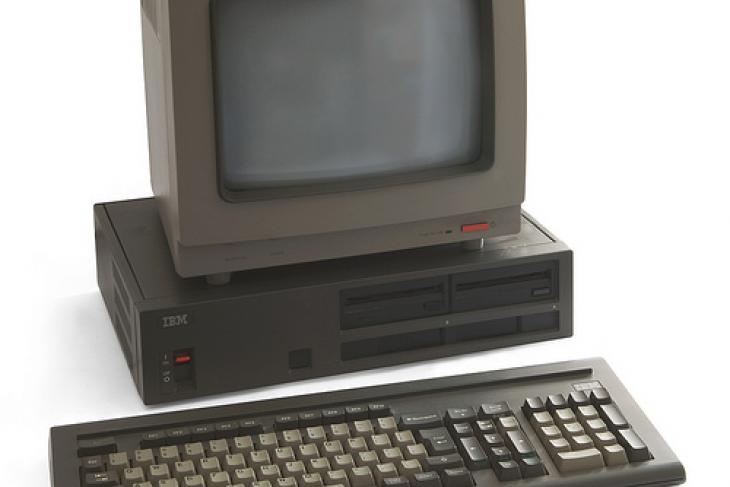 Once upon a time, corporate IT departments lived by the slogan "no one ever got fired for buying IBM." Big Blue's products were a safe bet in a rapidly evolving industry. The over-reliance of the Fortune 500 on that safe bet proved to be a problem for those companies, which missed out on innovations adopted by more nimble rivals, and for IBM itself, which stagnated in the absence of pressure from customers to push the envelope. District schools suffer from the same "buy IBM" problem, with state policies and district budget decisions making it difficult for principals and teachers to adopt promising new options for delivering instruction.

An EdWeek piece today documents the struggle ed-tech startups wage to get their products adopted, and catalogues a number of promising companies that are gaining headway despite those challenges. One of the greatest barriers is the fragmented but highly regulated market that results from the "buy IBM" mindset of thousands of risk-averse districts:

In addition, big companies have clung to their monopolies because investors were reluctant to dive into the education sector.

"The timeline is slower," [UPenn's Douglas] Lynch said of the education market. "If classic venture capital is 36 months for 118 percent growth, in education it might be seven years."

On top of that, while the American K-12 marketplace may seem large, with roughly 15,000 school districts, he said, "there's no real market. There's 99,000 teeny tiny markets. It's hard to go viral quickly."

Most companies sell in fragmented markets, however. Ford or Toyota convinced you and millions of others independently to buy the car you drive, which is loaded with innovative features for improving ride, handling, and safety. The makers of Angry Birds have convinced millions of us to spend a couple of hard-earned bucks for a time-wasting smartphone app. Though Sen. Michael Bennett and the Administration's Jim Shelton were right to note at a recent AEI event that the federal government spends far too little of its K-12 dollar on R&D, districts need not wait for more federal funding for innovation.

The simplest concrete step district leaders can take to foster innovation is to give principals and teachers more control over the instructional materials budget. Using district buying power to buy in bulk makes sense—if and only if educators really want the solutions the district plans to buy. Central office can and should place much more buying power in teachers' hands, holding them responsible for their students' growth but not dictating which software packages and other materials can be used for core instruction. This would allow promising startups to grow by convincing teachers, not bureaucrats, of the usefulness of their products.

Even in companies and industries that consistently turn in outstanding results, putting barriers in the way of innovation can quickly erode performance. In K-12, where so many students are not even up to basic proficiency, we truly cannot afford the red tape that holds our teachers back.

Chris Tessone was the director of finance and operations of the Thomas B. Fordham Institute, a Bernard Lee Schwartz Policy Fellow, and editor of Fordham's Stretching the School Dollar blog. He is now the chief operating officer for the SeeForever Foundation and the Maya Angelou Schools.

Prior to Fordham, Chris worked in the hospitality industry, including three years as an associate in the Atlanta and…