Talking Common Core and human capital in the Gem City

It is the aim of the Common Core (see above) that all students will be college- or career-ready by the time they graduate from high school. One organization working to make this goal a reality in Fordham’s hometown of Dayton is Learn to Earn Dayton. Last week the Fordham Institute teamed up with Learn to Earn Dayton to host a community conversation, “What does the Common Core Mean for Dayton and its Human Capital Development Strategies?”

The event brought together leaders from the business and education community to discuss the future of Dayton and the potential impact the Common Core can have on the city. The event featured Stan Heffner, state superintendent of public instruction; Mike Cohen, president of Achieve; Ellen Belcher, author of our recent report on Common Core implementation; and David Ponitz, president emeritus of Sinclair Community College and chairman of the board of the Thomas B. Fordham Institute. 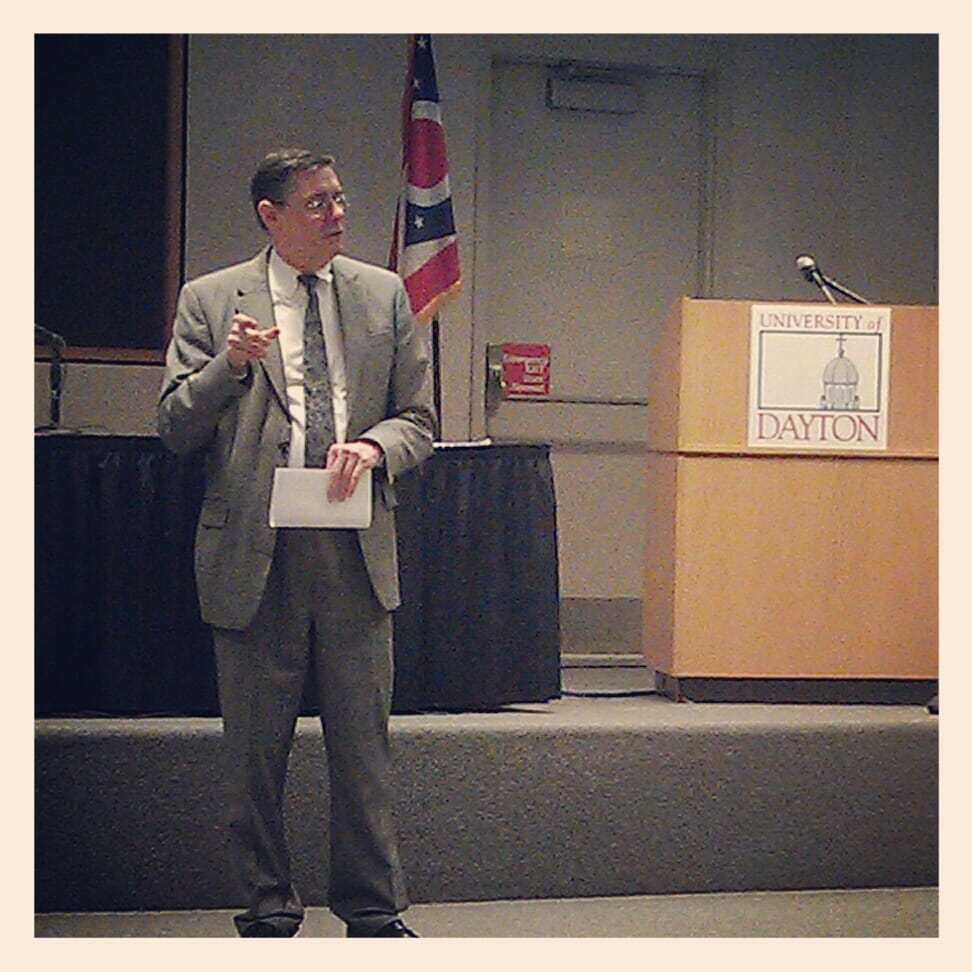 Superintendent Heffner explained that the Common Core standards will help Ohio move from the minimum toward a path that allows kids to be college and career ready. He acknowledged that the transition will be rough and that it will scare some people but in the end people will rise to the occasion, and kids will be asked to do more and better. Mike Cohen, one of the national leaders who has led the development of the Common Core, spoke of the national significance of these new academic standards. Cohen shared that the standards will set the expectations we want our students to learn and should drive and improve instruction. He also explained that while test scores will likely drop as the standards come on-line it would be wrong to retreat and weaken the standards or the assessment that go with them. Ellen Belcher closed out the event by highlighting some of the major findings from Future Shock: Early Common Core Lessons from Ohio (see above).

The need for higher academic standards is needed more now than ever. Dayton ranks 72nd in educational attainment among the top 100 largest metro areas in the US and only 14.4 percent of Dayton residents hold a bachelor’s degree. Nationally the city’s educational achievement in mathematics is lagging and by the twelfth grade we are at the bottom of the barrel compared to other countries.

The Common Core standards have the potential to help put Dayton, Ohio and the country on a path toward higher achievement. The Common Core is a necessary step forward and while the road to success might not be easy and surely won’t come without challenges it is essential for the future of children that we get it right.