How many Ohio students are in career-technical education? 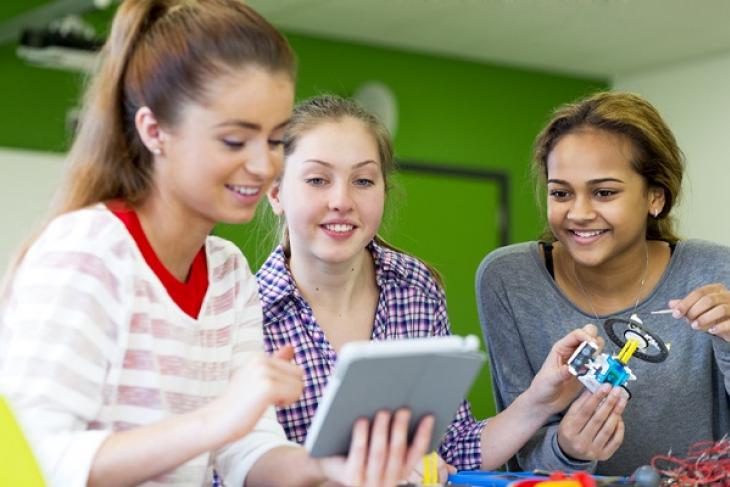 With popular, bipartisan support, career-and-technical education (CTE) is being embraced by policymakers across the nation. It’s no different in Ohio where newly elected Governor DeWine has promised to make CTE a priority during his term. There’s good reason for the increased focus. If done well, CTE allows students to accumulate technical skills—and certifications verifying attainment—that can help them secure rewarding jobs.

Given the growing attention, it’s important to describe the state of CTE in Ohio. This post will look at the basic question of how many students currently avail themselves of CTE opportunities, and in what fields. Meanwhile, a follow-up piece will explore what we know about the outcomes of CTE students, including their graduation and industry certification rates.

One might think counting the number of CTE students would be easy, but there’s more to it than initially meets the eye. Part of the challenge lies in determining what a “CTE student” is. In fact, there are two official definitions in use.

First, there are CTE participants who have earned credit in at least one CTE course. This is a very low threshold; for instance, passing just one introductory business or information technology course likely qualifies someone as a participant. For the 2016–17 year, Ohio reported 125,375 participants in its federal CTE reporting.

A more helpful measure is CTE concentrators. These are students with a stronger focus in a particular CTE field. Ohio considers any student who completes at least 50 percent of the courses required in a single CTE program to be a concentrator.[1] The chart below shows that 33,593 Ohio students reached the concentrator status in 2016–17. Since this covers any student in grades seven through twelve reaching concentrator status, we can’t tell from these data what proportion of the class of 2017 did so—an arguably more useful data point than the share of concentrators in all of those grades. Though an estimate, the share probably falls between 15 and 20 percent in the class of 2017.[2] Such a percentage would track fairly close to national data from the class of 2005 indicating that 21 percent of graduates earned three or more CTE credits. Meanwhile, Figure 1 also shows a largely flat trend in concentrators over the past decade, though with some bumps in recent years.

Federal statistics also report the areas in which students concentrate in sixteen CTE fields, or “career clusters.” Figure 2 below displays the six most popular CTE fields in Ohio, with the ten other fields combined into an “other” category. We see that agriculture, health, and information technology (IT) are the most prevalent fields among Ohio CTE students. Agriculture emerges as an especially popular CTE route in Ohio, as the 18 percent rate among concentrators almost doubles the national average (10 percent). The chart also illustrates that CTE isn’t only used by young people seeking “blue collar” manufacturing or plumbing jobs, but also careers in fields like IT and healthcare. Lastly, Figure 2 shows that 36 percent of CTE students concentrate in the other ten fields such as hospitality, education, business, or marketing.

Source: Perkins Data Explorer. Note: The chart displays the six most popular career fields among Ohio’s CTE concentrators, with the ten other fields combined into an “other” category. The full list of fields is here.

These data are starting points for better understanding CTE in Ohio. Though CTE concentration isn’t per se a guaranteed ticket to good jobs—e.g., demonstrating competency through an industry certification is critical too—it’s an important first step. On this count, we see that about one in five Ohio students use CTE programs in some purposeful manner. There seems ample room to encourage more concentration. For instance, 40 percent of students exit high school and go directly into the workforce, and increased CTE concentration could help more of these young people get off to a solid start. It could also benefit college-going students who gain marketable skills when they enter the job market. We also see a wide diversity of CTE programs that students use. With offerings in areas ranging from agriculture and IT to architecture and construction, it’s important that we no longer view CTE as simply shop class.

All this, of course, only scratches the surface. The data don’t tell us anything about the backgrounds of CTE students. Are they disproportionately low income or more affluent, and what are their racial and ethnic backgrounds? What are their academic track records? Are they mainly high achievers or more apt to struggle? How many go beyond the “concentrator” status and take almost all of their electives in a particular field (“super concentrators” of sorts)? And perhaps most importantly, what are CTE students’ outcomes?

Some of these questions, among others, require more detailed data than what is available publicly, and state agencies or researchers should shine a light on them. However, we do have some data on CTE students’ outcomes from Ohio’s career-technical report cards. Stay tuned for an upcoming post in which we dive into these data.

[1] The recently reauthorized Perkins Act will likely change Ohio’s definition of “concentrators.” Under the new federal law, any student who has completed two CTE courses in a career-tech field is deemed a concentrator.