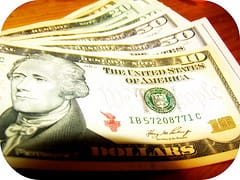 It's my money; I'll do what I want.
Photo by sushi♥ina

Do well-heeled parents have the right to heap donations on their students’ public schools to pay for teacher aids, extra library hours, or a media lab? Of course—though, as the Los Angeles Times explains, expect a fight. This week’s example comes from the Santa Monica-Malibu Unified School District, where the PTA at one Malibu elementary school adds over $2,100 per pupil to the school’s coffers compared with a mere $96 raised at another district elementary twenty miles down the road. The school board is mulling a plan to centralize all PTA donations, allowing for more equitable student funding. Our position on school financing is clear: Funding formulas should include weights that ensure that more public resources be allotted to higher-need students. But, when it comes to private dollars, districts and states should tread carefully. If parents want to donate more, so be it. Barring wealthy parents from education-related giving will only push them to invest instead in private extracurriculars—or even private schools—thus completely undermining the equity-based intentions of the embargo. Instead of this tack, here’s another solution for the Santa Monica-Malibu Unified School District: Ride the current wave of “philanthropy philosophy.” (Think: TOMS Shoes, in which you purchase one item for yourself at a higher cost, so that the second can be donated.) Or go one further, adopt a “sister schools” policy—look to D.C. for an example here—linking wealthy schools (and their donations) to a less affluent building. All in all, that would be pretty close to a win-win.