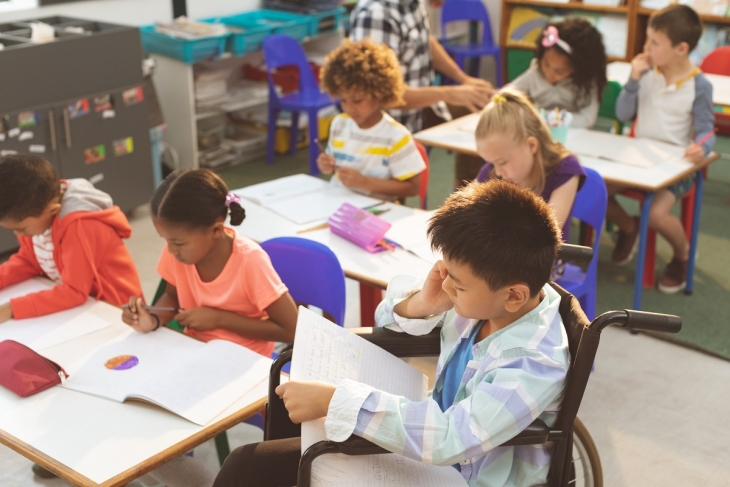 Favoritism. Unfairness. Inequity. Even the most generous interpretation of these words would carry negative connotations. Generally, it’s not good when one sibling is favored over another.

Today, ExcelinEd is releasing evidence that indicates the state of Ohio values some public school students more than others. In fact, this report finds an overall funding gap of $121.2 million, or about $1,452 per student. It’s a specific gap related to facilities–a need for which only 18.1 percent is met by Ohio’s existing policies. Stated a bit differently, if this gap were closed, then the average charter school could hire an additional seven teachers, or it could give current classroom teachers a 39 percent raise. The state’s traditional school districts, on the other hand, have received tens of billions in state funding for school construction on top of the local tax revenue they generate to support facility needs.

This facility gap comes on top of a large disparity in the funding Ohio’s charter schools face in meeting their regular operational needs. In other words, to meet facility needs, charter schools must dip significantly into operating funds, which are already much lower than those received by traditional public schools.

More than 83,000 students attend brick and mortar charter schools in Ohio. More than 8 in 10 of those students are economically disadvantaged, and 2 of 3 identify as students of color. Also, 94 percent of these schools are located in urban areas where the cost of facilities can be high and options scarce. But charter schools don’t have the ability to levy taxes or issue bonds–only traditional public schools can do that. That means charter schools heavily rely on state policy and state funding for facilities.

It does not have to be this way. ExcelinEd has released a report and tool that can serve as a resource to policymakers as they make decisions that will balance the needs of charter school students and the potential cost to the state.

In some cases, pulling a certain policy lever may impose minimal to the state but have a large positive impact for charter schools. For example, if the state were to pass legislation that required districts to share bond revenues with public charter schools based on the proportion of students attending, then that one policy change would mean 82 percent of charter facility needs are met rather than 18.1 percent.

But that is not the only policy lever that can be pulled. Another lever would allow charter schools to access under-used district buildings at no or low cost. If one-third of charter schools were able to take advantage of a policy like this in Ohio, then the amount of need met by the state would nearly double from 18.1 percent to about 38.8 percent. This Charter School Facility Index Tool outlines 7 levers that can be used to increase the fairness and equity of Ohio’s state funding. It’s designed so that policymakers and other stakeholders can plug and play.

Just because things are unfair now, doesn’t mean they have to stay that way. We hope this report and tool will be a resource for state leaders as they aim to expand opportunities for every young Buckeye in the state.

This piece was originally posted on the blog of ExcelinEd.

Sam Duell is the Policy Director for Charter Schools at ExcelinEd.

Matthew Joseph is the Policy Director, Funding for ExcelinEd.