The EdChoice lawsuit is déjà vu all over again 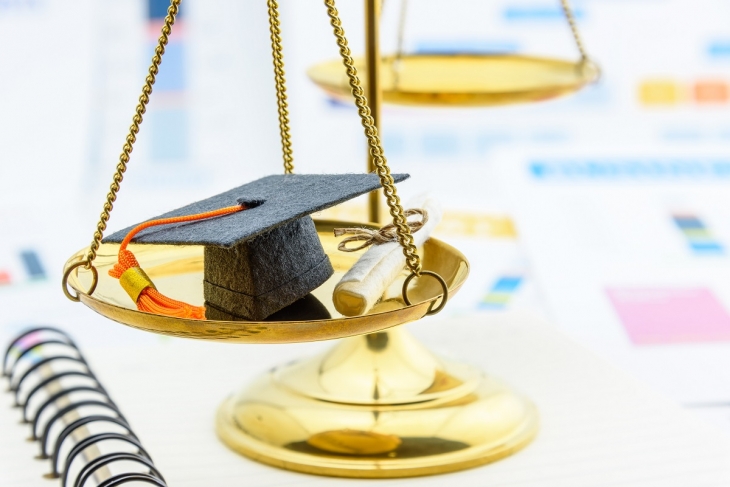 Over the past year, media outlets have covered an impending lawsuit against Ohio’s EdChoice program. The Ohio Coalition for Adequacy & Equity of School Funding—an organization financed by school districts—is leading the effort to strike down the state’s largest private school scholarship program. Although the suit has not yet been filed, it will likely claim that EdChoice violates the Ohio Constitution’s call for “a thorough and efficient system of common schools throughout the state.”

For many in Ohio, a lawsuit challenging the constitutionality of a school choice program might feel like Groundhog Day. Ohio’s first private-school voucher law, the Cleveland Scholarship and Tutoring Program, was challenged by the teachers’ unions and other interest groups on first amendment grounds almost immediately after it began in 1997. After much wrangling in the lower courts, the U.S. Supreme Court upheld the program in the landmark Zelman v. Simmons-Harris decision in 2002.

At about the same time as the Zelman litigation, a similar coalition of anti-parent-choice groups sought to overturn the state’s recently enacted charter school law. In that case, the plaintiffs focused on the Ohio Constitution, claiming that charters offend the “common school” system and deprive traditional districts of funding. In its 2006 decision, Ohio Congress of Parents and Teachers v. State Board of Education, the Ohio Supreme Court rejected these arguments and upheld the charter school law.

Although charters and private-school scholarships are distinct forms of school choice, the forthcoming EdChoice lawsuit will probably raise legal issues similar to Ohio Congress. As such, it’s worth a review of the main arguments put forward by the plaintiffs in that case and the response of the court.

One of main ideas behind charter schools is to give educators more flexibility to experiment with different educational approaches, while holding them accountable for student outcomes. The plaintiffs in Ohio Congress argued that charters’ alternative governing structures violated the “common schools” clause in the Ohio Constitution. The Supreme Court acknowledged the differences between charters and traditional districts, but ruled that they did not create a constitutional violation. The court wrote:

In providing for community schools within that system [of common schools], the state legislature has not exceeded its powers.

The plaintiffs in the EdChoice lawsuit may very well play the “common schools” card again, this time arguing that the state cannot support nonpublic schools. The courts, however, should remember that—in line with Ohio Congress—the state’s Constitution does not limit the legislature’s authority to supporting traditional districts alone. To be sure, legislators must create, at a baseline, a common school system. But this doesn’t mean that Ohio is confined to a singular, one-sized-fits-all system. The General Assembly can—and should—permit and support a wide range of educational options that better meet the varying individual needs of Ohio’s almost 2 million students.

A related argument from Ohio Congress that is almost sure to remerge in the EdChoice lawsuit is that choice options deprive districts of funding, thus creating a less “thorough and efficient” system. However, contrary to this claim, per-pupil funding has actually increased in districts where charters and private-school choice have been most prevalent. The courts should certainly review these data, but they should also consider the high court’s response in Ohio Congress to the allegations that charters unconstitutionally drain money from districts.

First, the court rejected claims that the legislature cannot reduce state funding to districts when children transfer to charter schools because such a policy might increase the reliance on local taxes. It wrote:

Nothing in the Constitution, however, prohibits the General Assembly from reducing funding because a school district’s enrollment decreases. If a child moves out of the district altogether, the state is permitted to reduce its funding to that child’s district because state money follows the child. For example, if a child leaves a school district to attend private school, or to be schooled at home, the state is required to reduce its funding to that district. The same thing occurs when a child opts to attend a community school.

Second, the plaintiffs further asserted that charter schools were being funded by local taxes—an argument also commonly heard in the EdChoice debates. The Ohio Supreme Court dismissed this claim, as well:

A change in the number of students does not affect the amount of the school district’s local share, because local tax dollars are contributed by the district’s taxpayers and do not depend upon the number of students attending the school. The full amount of the local tax money will continue to be available to the local school district. In other words, state funds follow the student; local funds do not.

School funding debates have long been rife with misconceptions. Fortunately, the Ohio Supreme Court carefully sifted fact from fiction. Yes, it’s entirely appropriate for the legislature to reduce state funding when children exit a school district for whatever reason. No, local funds do not follow students to charter schools—something that also applies in the case of EdChoice scholarships. With any luck, the courts will continue to apply a proper understanding of the state’s funding system in the EdChoice lawsuit.

The forthcoming case is sure to wade into legal semantics. The details are important, of course. But sadly, these anti-choice lawsuits fundamentally seek to undermine tens of thousands of poor and working class parents’ right to choose schools that best meet their kids’ needs. As the Ohio courts—once again—scrutinize one of the state’s school choice programs, they should remember most of all the deeper truth expressed by the U.S. Supreme Court in the 1925 landmark decision, Pierce v. Society of Sisters:

The child is not the mere creature of the state; those who nurture him and direct his destiny have the right, coupled with the high duty, to recognize and prepare him for additional obligations.

In the end, parents—not the “system”—have the ultimate right and responsibility to nurture the next generation of Ohioans. Rather than decrying policies such as EdChoice as “unconstitutional,” we should all begin to see them as a way of empowering Ohio parents to direct the destiny of the children they are tasked with raising.