Counting down the top 5 education issues for 2017 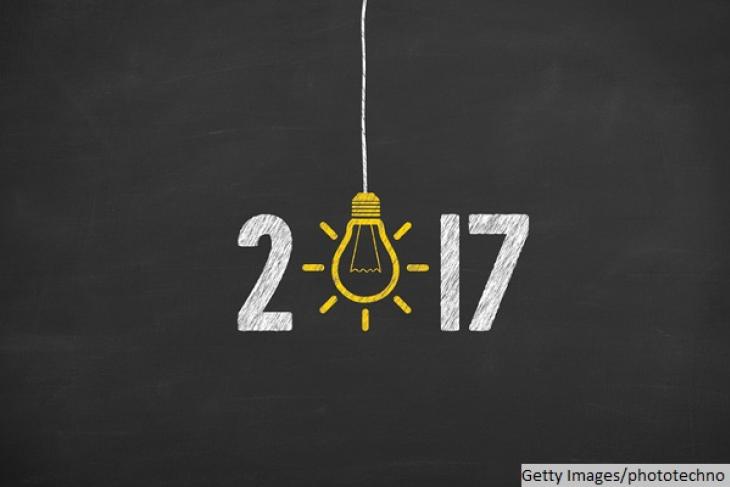 In late 2016, we at the Ohio Gadfly asked for your predictions on the most important education issues of 2017. Here were your prognostications, along with—as you might expect from us at the Gadfly—commentary on how we hope these debates will unfold in the year to come.

It’s no surprise to see school accountability on our readers’ list of big issues for 2017. In the coming year, Ohio will submit a revised plan for accountability under the new Every Student Succeeds Act. Fortunately, the law doesn’t require the Buckeye State to undertake a major overhaul of its accountability policies. Ohio can and should stay the course on its key policies (with minor adjustments; see number 2 below). For instance, policymakers should maintain the use of a performance index and student growth measures or value added; they should also preserve a transparent A-F grading system. As Ohio’s ESSA plan is reviewed and debated, policymakers must ensure that accountability policies uphold high expectations for all pupils and offer clear information on school quality.

With over 30,000 Ohio pupils attending virtual charter schools, the Buckeye State has one of the largest e-school sectors in the nation. Online learning can be a valuable alternative for many students: Some may need the flexibility and safety that e-schools afford, while others might find their own home to be a more productive learning environment than a crowded or disrupted classroom. Nevertheless, full-time e-schooling appears to be falling short of its full potential. Rigorous research has found that the average student loses academic ground when he enrolls in a virtual school, without regard to the academic level at which he started. Meanwhile, Ohio’s largest e-school has been embroiled in a lawsuit with the state over how it verifies student attendance. So what’s next for e-schools? It’s hard to say for certain, but even their harshest critics are likely to admit that online learning is here to stay. This means that policy makers need to focus on creating the conditions that can help all of Ohio’s online learners thrive. (See here and here for some policy ideas.) Moving forward, it will be important to heed the advice of Michael Horn who writes in Forbes: “Harnessing their [e-schools’] benefits while reigning in their downsides is critical.”

On January 20th, Donald Trump will be inaugurated as the forty-fifth president of the United States. As has been widely reported in the media, Trump has nominated Betsy DeVos to be U.S. Secretary of Education. What is clear is that DeVos is a staunch supporter of school choice, including vouchers and charter schools, and that Trump voiced his own support for choice on the campaign trail. But how their leadership will affect Ohio’s education policies is much less clear. The Buckeye State is already home to several robust choice options (including both charters and vouchers), and recently received a large federal grant to support the replication of high-quality charters. It also remains far from clear how a federal private-school choice program would work, or whether it would even be desirable. As analyst Joy Pullman of the conservative web magazine The Federalist recently told Time, “If DeVos and Trump love school choice, and the children it benefits, they will keep the federal government far, far away from them.” For those interested in what the new administration might do in the area of choice, tune into Fordham’s January 18th event, “A New Federal Push on Private School Choice? Three Options to Consider.”

As noted above, Ohio has a strong school accountability framework, and the bulk of it will likely remain in place under ESSA. Still, policymakers should use the ESSA state plan to make an important adjustment to accountability. They need to place more weight on student growth measures or value added, a more poverty-neutral measure, in the overall school-grading formula. (Overall A-F grades will come online in 2017-18, though they are already used for sponsor evaluations.) Under the current framework, the state will label almost all high-poverty schools as failures—Ds and Fs—due to the overemphasis of measures correlated with demographics, such as proficiency. Regrettably, this type of system fails to distinguish high-performing, high-poverty schools from true failures. This is unhelpful—even misleading—to local leaders and families who rely on report card grades to make decisions. It’s also unfair to the terrific educators at Ohio’s finest high-poverty schools who, in all likelihood, will also find themselves stuck with low ratings. A few other states such as Arkansas, Colorado, Idaho, and Oregon have implemented summative ratings that place at least half the weight on student growth measures. Ohio should follow their lead, and the ESSA plan would be the perfect opportunity to recalibrate report cards and ensure a proper weighting on growth.

According to Ohio Gadfly readers, charters and choice will be the hottest topic in 2017. As these matters take center stage—if they aren’t already—it will be essential to focus on quality and results. If public charter and private schools of choice are to flourish over the long run, they need to offer students and families a higher-quality experience than the conventional options. And to win the confidence and trust of policymakers, taxpayers and the general public alike, they must consistently demonstrate positive pupil outcomes. Some Buckeye schools of choice have proven themselves, but others are mediocre or worse. As Ohio makes its long overdue turn to quality, policymakers will need to uphold accountability, including the House Bill 2 charter reforms, while also supporting the growth and replication of high-performing schools. If they can achieve these goals, we should start seeing the promise of choice begin to be fulfilled in 2017.

With our erudite readers, we too anticipate these five issues to dominate Ohio’s policy discussion in 2017. But if last year taught us anything, it’s to prepare for the unexpected! We look forward to keeping you posted on these issues and more in the New Year.