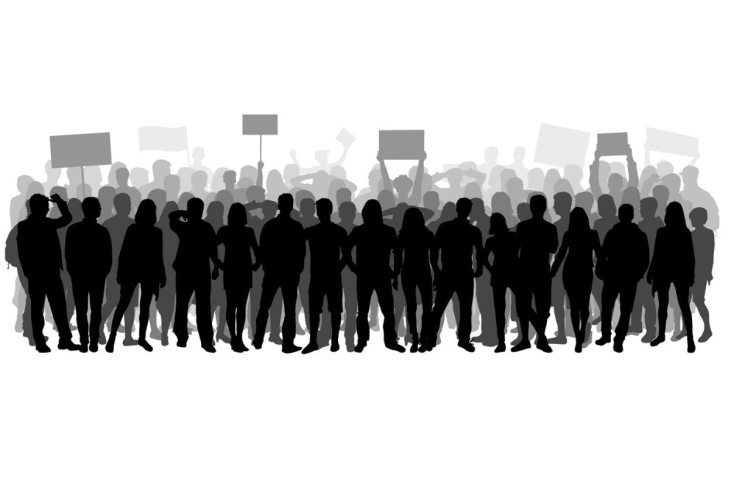 Editor’s Note: The Thomas B. Fordham Institute occasionally publishes guest commentaries on its blogs. The views expressed by guest authors do not necessarily reflect those of Fordham.

In Columbus, Ohio’s largest school district, the academic year began in late August with more online learning and the first teacher strike in nearly five decades. While the strike itself lasted just three days, the terms of the final settlement promise to impact Columbus students and taxpayers for years to come.

Despite the considerable local and national media coverage the labor dispute attracted, much of the community appears to still be confused about the key points of contention and how they were ultimately resolved. My goal is to summarize some of these issues and help readers understand the promising governance and staffing reforms included in the new contract, the important provisions that were ultimately left on the cutting room floor, and the worrying longer-run financial implications of the various concessions made by the district.

Columbus has struggled for years with two key challenges—dramatic inequities in teacher experience levels and turnover rates in some of its most disadvantaged schools and disturbing levels of teacher absenteeism. The new contract makes important progress on both fronts.

It expands an existing but largely dormant section of the prior contract—appropriately named “Article 911”—that provided for $4,000 stipends for teachers that volunteered for assignments in hard-to-staff schools. New provisions expand the use of such incentives to cover high-needs positions—such as in special education—district-wide. They offer district-funded opportunities for teachers to obtain licensure and certification in these areas and a one-time 20 percent pay boost, paid over three years, for accepting such teaching assignments. Given teachers unions’ historical opposition to any sort of differentiated pay, this is a major win for the district and disadvantaged students.

To address absenteeism, the new contract gives the superintendent modestly greater flexibility to police the abuse of sick leave. More importantly, it creates an innovative “buyback” program that financially incentivize teachers not to use all of their accrued sick leave days. In addition, the contract sets up a formalized teacher disciplinary process for addressing unprofessional behavior and requires teachers to allow principals to review lesson plans upon request.

Although these provisions may not seem groundbreaking, they could—if used correctly—lead to important improvements in student learning in the district. Unfortunately, the Columbus Education Association (CEA), the district’s teachers union, was successful in watering down other proposed reforms. The final contract gives the superintendent “sole discretion” to call calamity days and decide when the district moves to remote learning, to avoid the dragged-out negotiations that resulted in Columbus being among the last districts in the state to reopen during the 2020–21 academic year. However, it strips out district-proposed language that would have required teachers to provide real-time, synchronous instruction if remote learning is used. Also missing is a proposed “memorandum of understanding” that would have committed both sides to developing a “new resourcing model” addressing huge variation in enrollment and class sizes in schools across the district.

In the weeks of fractious off-and-on-again negotiations leading up to the strike, CEA remained disciplined and on message: The strike is about air conditioning, decrepit school building conditions, and class sizes, its leaders claimed. With the exception of class sizes, discussed in more detail below, the final contract includes largely symbolic language on these issues, perhaps to allow union chiefs to save face.

The final contract includes language guaranteeing that learning spaces will be climate controlled. However, this provision will not take effect until the 2025–26 school year, after the three-year contract ends, and the district is clearly on pace to meeting this obligation.

Perhaps most disappointingly for teachers are the provisions related to salaries. According to an unfair labor practices complaint filed by the district, which provides a rare behind-the-scenes look into otherwise confidential negotiations, the teachers union originally asked for an 8 percent raise in each of the next three years, on top of the 4 percent annual “step” increase most (but not all) Columbus teachers were already scheduled to receive. The district countered with several alternatives, ultimately offering a 3 percent annual increase in its “last, best, and final” offer. The final agreement increased that to 4 percent per year (in addition to the “steps”), apparently prompting audible “boos” when the details were first shared by union leaders with their members.

How will Columbus pay for everything?

The union’s biggest wins—and the most serious long-term financial risk for the district—came in the form of class sizes. The district’s final offer prior to the strike included a phased expansion of an existing class-size reduction effort, eventually capping all elementary grades at 27 students per class. It also reduced by one the number of class periods taught by middle and high school teachers. Building on these reductions, the final contract further reduces the enrollment caps in middle and high school classes by two, to 33 and 34 students, respectively.

As school board members warned before the strike, paying for all of these concessions will ultimately require taxpayers to approve an operating levy in 2024. One risk for the district is that the heated rhetoric surrounding the strike—including CEA allegations that the district was “top heavy” with administrator bloat and sitting on hundreds of millions of unspent federal Covid dollars—could undermine the levy effort. More importantly, the various class-size reductions in the new contract will exacerbate a growing disconnect between district enrollment and staffing levels.

Historical data presented in the district’s latest financial report show that the total number of teachers employed in the district has grown by nearly 20 percent over the past decade, even as student enrollment has shrunk by 5 percent over the same time period. As a result, the district student-teacher ratio has declined by nearly 20 percent since 2012 and per-pupil expenditures increased by nearly 30 percent, much faster than the rate of inflation. Columbus experienced a significant outflow of students during the pandemic and some media reports suggest that charter schools saw additional enrollment growth due to the strike itself. It is difficult to imagine how the district will continue to secure voter approval for higher taxes and continue balancing its books as enrollment and teacher staffing levels move in opposite directions.

Here, the new resourcing model to address the big enrollment imbalances would have helped, by allowing the district to allocate its teaching staff more efficiently and reduce class sizes without necessarily growing the teacher headcount. As I note above, however, that proposal did not make it into the final contract.

In addition, the district’s investments in Chromebooks and air conditioners in recent years, while initially paid for with federal dollars, will require significant upkeep, maintenance, and ultimately replacement. Finding the money could be a challenge. The school board had placed a permanent improvement levy on the ballot this November to raise $40 million per year earmarked specifically for these kinds of expenses, but ultimately voted to withdraw it last month, in part out of concern that the teacher strike would make the measure difficult to pass. (The levy was paired with a $680 million bond measure to construct new school buildings, which was also removed from the ballot.)

The Columbus labor dispute occurred despite the fact that every member of the school board had been elected to office with a CEA endorsement. Indeed, the current school board president is the daughter of a Columbus teacher and another board member is a former district teacher and CEA member herself. So why did the union and its own hand-picked board fail to avoid the strike?

Two developments may have been critical. First, an outside audit released in 2020 painted a scathing picture of many aspects of district operations and the quality of its instruction. The audit specifically called out a “strong union contractual Agreement with the Columbus Education Association,” with auditors expressing “concern over CEA’s control of district governance and management functions.”

Second, around the same time, the board began working with an outside governance coach affiliated with the Council of Great City Schools. The coach, AJ Crabill, led the board through painfully awkward struggle sessions—including board members confessing about the times they had put their own political agendas ahead of kids’ interests—and almost always ending with some version of Crabill’s signature tagline: “Student outcomes don’t change until adult behaviors change.”

The coaching seems to be working. The current board majority, first elected in 2019, has fundamentally reorganized school board meetings, ditching long ceremonial proclamations and celebratory pictures, adopting clear numerical targets for student achievement, and holding quarterly analyses of student achievement data, with pointed questions asked of top district administrators when the data showed students falling short of board goals. Many of the new provisions in the contract directly build off of these efforts.

This year’s short strike may offer a preview of things to come, with the majority of the school board up for reelection in 2023. Three years ago, the last time the district and the union renegotiated the contract, board members faced considerable CEA opprobrium after approving a contract with an outside crisis staffing firm in case of a strike. Both sides ultimately agreed to a new contract, avoiding a strike, and the teachers union subsequently endorsed the incumbents it had criticized just months earlier in the 2019 election.

Whether the union again forgives and forgets next year could have big implications for the future trajectory of the district, its ability to implement and fund the provisions of the new contract, and the learning opportunities available to Columbus students.