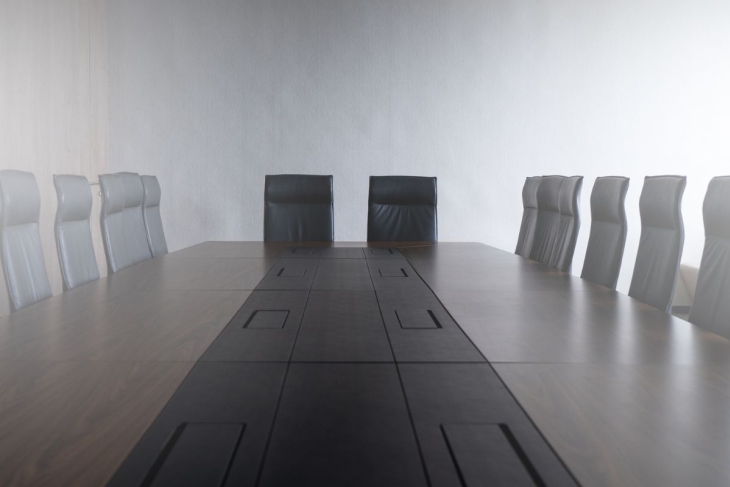 The state board of education (SBOE) plays an important role in Ohio’s K–12 education system. It exercises direct oversight of the Ohio Department of Education, hires the superintendent of public instruction, creates rules that guide implementation of education laws, and even takes on a quasi-judicial role in deciding whether to revoke educator licenses or sponsors’ charter authorizing authority.

That’s a lot to tackle, and it takes an effective board to carry out these tasks successfully. But let’s face it: Ohio’s state board of education isn’t exactly a well-oiled machine. Consider, for instance, the challenges the SBOE has had in hiring and retaining a top-notch state superintendent—its only duty specifically mentioned in the state constitution. In just the past decade, a whopping seven state superintendents, counting both permanent and interim chiefs, have taken the helm. The still-unsettled saga of replacing Paolo DeMaria, who retired last summer, further illustrates the point.

To be clear, the woes of SBOE shouldn’t be laid at any particular member’s feet. Rather, the institutional structure of the board sets it up to struggle. Two features limit its effectiveness.

First, the board is excessively large. The SBOE has a staggering nineteen members, the second largest board of education in the nation. The sheer size surely makes communication, coordination, and decision-making unwieldy. We all know that having candid discussions and building trust in larger groups is extremely hard. The voices of a few can dominate, while the rest check out—some perhaps losing a sense of ownership in the overall body’s work. Furthermore, when it comes to hiring a state superintendent, such a massive board makes the position less appealing. Who in their right mind wants to report to nineteen bosses?

Second, the hybrid structure of the board—eleven elected members and eight gubernatorial appointees—limits its ability to set a clear agenda and rigorously implement the priorities of the governor and General Assembly. This isn’t just a theoretical problem. The eclectic mix of members has led to ambiguous policy stances—the board’s strategic plan, for instance, offers little in terms of concrete policy direction—and in some cases even obstructionism (e.g., SBOE’s objections to the new at the time graduation requirements a few years back). Moreover, the structure also weakens the superintendency. State superintendents aren’t directly accountable to the governor, but have to kowtow to a multiplicity of voices. That erodes their leadership potential and creates yet another disincentive for visionary executives to consider the role.

Lawmakers can and should fix these structural flaws through changes in state statute. The first thing they should do is cull SBOE to seven members, the size of the education boards in states such as Colorado, Florida, and Oregon. Studies of corporate governance find that more productive firms typically have smaller boards. Lesser would be better in terms of SBOE’s size, too. It would strengthen communication between members, help to build trust, and foster a greater sense of ownership. It could also streamline decision-making and might even allow for shorter, more efficient board meetings (they’re currently two-day monthly marathons). A smaller SBOE might even raise the profile and stature of the body as it operates more smoothly and with greater clarity.

The other necessary reform relates to board selection. I’m on the record as wanting an all-appointed SBOE to create a clearer chain of command—from the governor to state superintendent via an appointed board. While that model is closer to the ideal, the politics of such an approach are rough. In fact, House lawmakers—with supporters from the governor’s own party—introduced a bill last year that would eliminate the appointed SBOE positions, leaving only the eleven elected members. That legislation, however, goes way too far in stripping the governor’s authority over an executive agency. This approach would also create an even more fractured board, as all of the members would be elected through a directly political process.

So here’s an olive branch: Shrink the size of the board to seven, with four appointees and three members elected via statewide, partisan ballot. (Like the current model, members would be elected in an even-numbered year for four-year terms.) The slight edge in appointed seats would give governors more influence in board decisions, though by no means guarantee they always get their way. There may be holdovers from a predecessor or appointees who—as is their right—disagree with them on an issue. Meanwhile, the elected members would continue to satisfy those who seek a variety of viewpoints. But rather than electing SBOE members by geographic district using a non-partisan ballot, Ohioans would choose board members in statewide races with party identification included. This procedure would increase the public’s recognition of—and accountability for—the elected members. With only three seats in play, the statewide elections would generate more attention and interest than the sleepy races they currently are. The partisan ballot would allow voters to identify the broad political leanings of the candidates, and allow them to vote in a more informed way.

Some may argue that this approach to electing SBOE members would reduce constituent service and further politicize the board. On the first count, Ohioans can always turn to their state representative or state senator if they have concerns. They have a constitutional duty to steward K–12 education, and indeed care deeply about Ohio schools. As for partisanship, it must be acknowledged that today’s “non-partisan” SBOE is hardly apolitical. Everyone assumes that the appointees generally align with the governor, and the political views of the elected members are no secret in policy circles. The partisan ballot would simply make the political composition of the board transparent to the electorate.

The current institutional structure of Ohio’s state board of education sows discord and gridlock and gets in the way of forward-thinking leadership. Lawmakers need to restructure the state board in ways that create a leaner, stronger body that can better tackle Ohio’s educational challenges.