The case for partisan school board elections 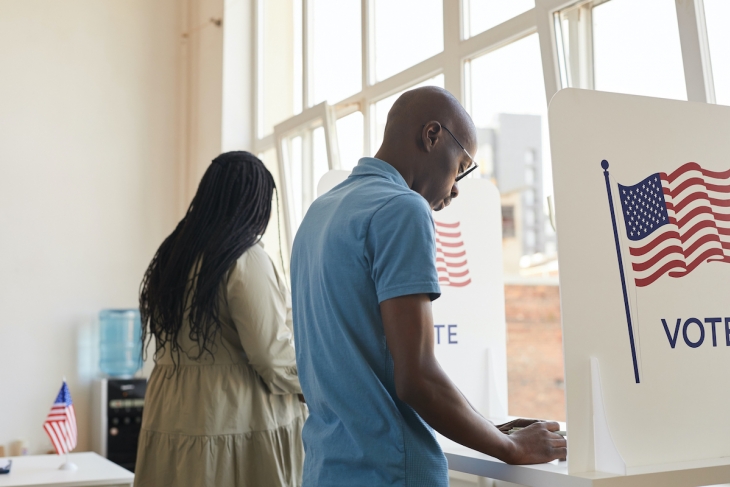 This November, Americans will cast their votes in thousands of local school board races. The stakes couldn’t be higher. These governing bodies will decide how public schools handle hot-button issues like masking requirements and critical race theory. They’ll also be overseeing efforts to ensure that kids get back on track academically, not to mention carrying out usual board responsibilities such as crafting budgets and adopting curricula.

Given the important role of school boards, voters should have the information needed to select candidates that reflect their ideals. In most elections, citizens can rely on the party labels that appear on ballots to help guide their choices—even if they don’t know much about particular candidates. Though imperfect, these partisan ballots facilitate more informed voting than asking citizens to do background research on every candidate seeking office.

Yet school board elections, along with some other municipal races, do not follow this norm. Under Ohio law, for example, school boards are technically “nonpartisan” in the sense that party affiliations are omitted from the ballot. Only candidate names appear. For many voters, a nonpartisan ballot is of no help in the selection process. The last time I voted in a school board race, I didn’t recognize any of the names, nor did I have a good sense of where they stood on education issues. Others have probably felt the same unease, as if voting in school board races is no more than guesswork.

Beyond my own frustrations, a small body of research suggests concerning consequences of nonpartisan elections. Without the help of party labels, one study finds that voters were more likely to skip the nonpartisan races on a ballot, even though they cast votes in the elections with party labels—what scholars call voter “roll off.” Other studies indicate that voters, without a partisan cue, rely instead on the likely ethnicity or gender of the candidate. Another analysis finds that nonpartisan elections depress voter turnout, which in the case of Ohio’s school board elections are already pitifully low due to their “off cycle” schedule that doesn’t align with national votes. Recognizing drawbacks such as these, groups on both sides of the political spectrum have advocated for partisan ballots in local elections.

Moreover, school board elections are also an important form of local accountability and oversight. When citizens are unhappy with the district, they can always voice their dissatisfaction at the ballot box. Yet nonpartisan elections likely weaken accountability because voters don’t know which party is in power and who deserves the boot for acting contrary to their interests. As political scientist Charles Adrian theorized many years ago, nonpartisan elections “tend to frustrate protest voting” as people cannot easily identify which candidates belong to the “in” or “out” group. In other words, it’s hard to shake up the status quo when you can’t figure out who’s part of it.

Including party labels in school board elections seems like a commonsense reform that would give voters more information, while also potentially increasing participation and enhancing local accountability. But such a change would be an uphill battle. For one, there’s inertia. Since the early 1900s, the vast majority (though not all) of school board races in the U.S. have been nonpartisan. Moving to a partisan ballot would certainly challenge longstanding tradition. Partisan elections could also spark criticisms that they create unnecessary political rancor, perhaps the kind we see at a national level. One might argue, for example, that there’s no Democratic or Republican way to run a school.

But that sentiment ignores real differences in opinion about how best to govern schools and tackle educational challenges. For instance, according to EdNext polling from 2020, Democrats express more positive views toward increased school spending and the role of teachers unions, while Republicans voice more support for school choice and merit pay policies. More recently, polling reveals significant partisan splits over issues of school reopenings and critical race theory. Anecdotally, the Cato Institute’s “public schooling battle map” documents hundreds of cases where people’s values and beliefs have come into conflict. In sum, school boards regularly make decisions where political attitudes come into play—things like whether to seek tax increases, how to negotiate union contracts, and what type of relations the district has with schools of choice. Those aren’t merely technocratic issues.

All this raises some important questions. Are nonpartisan elections really insulating public schools from divisive politics? Or is it naïve to think that school boards are apolitical governing bodies? If indeed there are ideological differences about how to run schools and educate children, shouldn’t the electorate get a hint about where candidates are likely to stand? Why keep it a secret?

In democracies, citizens work to resolve their differences through elections and the political process. Rather than suppressing differences under the illusion of “nonpartisanship,” moving to more transparent school board elections might just make for a healthier democracy and more responsive public schools.