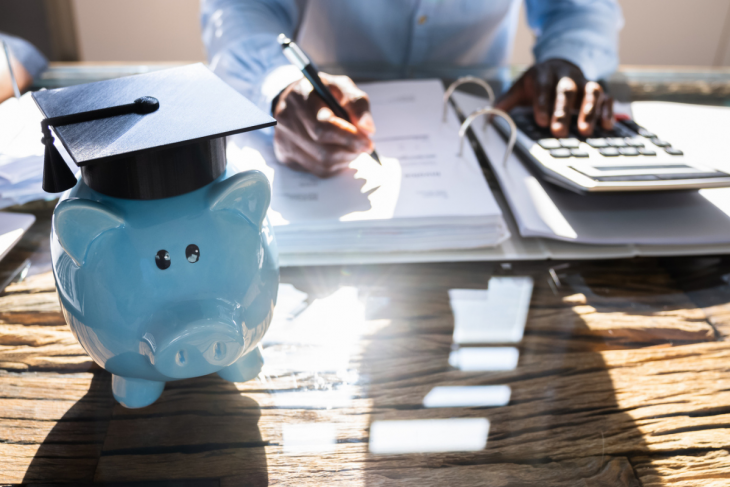 Every parent has the right to educate their children in way that meets their kids’ needs and accords with their values and beliefs. Don’t just take my word for it: The U.S. Supreme Court wrote in 1925, “Those who nurture him [the child] and direct his destiny have the right, coupled with the high duty, to recognize and prepare him for additional obligations.” Congress declared in 1979 that “parents have the primary responsibility for the education of their children.”

Despite these lofty statements, the ability of parents to fully exercise that cherished right and weighty responsibility has long been thwarted by government policy. Most notably, school finance policies strongly encourage parents to enroll their children in public schools, even if that isn’t their first choice. Under traditional funding arrangements, parents pay extra—on top of their taxes—to access other alternatives, whether private schools or homeschooling. Unfortunately, most families cannot bear those costs.

To their credit, Ohio lawmakers have removed some of those financial barriers. Thanks to their work, approximately half of Ohio students are now eligible for private-school scholarships, including all children from low-income households. But what about the other half? Thousands of parents still have to “double pay” for education—tuition plus taxes—should they prefer a private school. Then, there is the large and growing number of parents who are homeschooling or teaming up with others to create learning pods. Apart from a small tax credit, nothing else is done to support that form of education.

To ensure that all Ohio parents have access to their preferred educational option, State Representatives Riordan McLain and Marilyn John last week unveiled “backpack funding” legislation. Supported by the Center for Christian Virtue, the bill (HB 290) would offer state funding for every private school and homeschooling parent. Those dollars would go into “backpacks” that travel with children to their school of choice. Many school reformers have championed this concept, as it treats all educational alternatives as equals—dollars flow to any type of school, regardless of sector—and it ensures that funds dedicated to kids’ education actually reach their intended destination.

How would the McLain-John proposal work? It would do the following:

Support universal private-school choice by creating an ESA program that is open to all. As noted above, Ohio has long offered private-school scholarships (a.k.a., vouchers)—but only to students who meet certain eligibility criteria. EdChoice is restricted to low-income students and children assigned to low-performing schools, while the Cleveland scholarship is limited to those who live in that city.

HB 290 would eliminate both of these programs. In their stead, it would create an educational savings account (ESA) program that any Ohio parent—no matter their income or residence—can apply for. The funds in these accounts could be used to cover private-school tuition, and should any dollars remain, parents could use them for other educational purposes. The amount deposited into an ESA would be equal to the current value of EdChoice and Cleveland scholarships—$5,500 for grades K–8 and $7,500 for grades 9–12—so the transition from a voucher to ESA model should be seamless for current voucher recipients. Akin to current EdChoice policy, HB 290 prohibits private schools from charging tuition above the ESA amount if a family has an income below 200 percent of the federal poverty level. Families above that threshold could be asked to cover the difference between the tuition and ESA amount.

Note that HB 290 would keep intact Ohio’s scholarship programs for students with disabilities—autism and Peterson. However, parents participating in those programs would still be eligible to apply for an ESA that further supplements their children’s learning needs.

Support homeschooling by allowing such parents to tap ESA funds. The proposal would allow homeschooling parents to apply for an ESA of the same amount that would cover curriculum and materials, as well as pay for tutoring needs and extracurricular fees. The ESA could also be used to pay tuition at nonchartered, nonpublic schools, which some consider a form of homeschooling. The upshot: The proposal would reverse longstanding policy that has denied public funding to these parents, even as they labor to educate their own children. Bear in mind that participating in the ESA would be voluntary—no parent would be compelled to apply, nor any school be required to accept these funds. That’s important, as some parents and nonpublic schools may not want to subject themselves to the rules discussed next.

Require the Treasurer of State to administer and oversee the new program. HB 290 would shift the oversight of private-school choice programs from the Ohio Department of Education to the Treasurer of State (ToS). The reasoning isn’t exactly clear, but it might make better sense for the ToS to administer what could become tens of thousands of individual ESAs. Some of the key roles ToS would play under HB 290 include: (1) accepting applications from parents and schools to participate in the program; (2) overseeing ESA expenditures to ensure they adhere to the spending purposes outlined in law; and (3) determining penalties for noncompliance or misuse of funds. The ToS would also be responsible for publishing aggregated test results of grade 1–8 private-school students who would be required to take a norm-referenced exam every two years in reading, math, and history, along with the results of high school students taking state exams or alternative tests. Finally, HB 290 would maintain current law regarding private school adherence to state operating standards and homeschooling requirements (e.g., district notification and annual assessment, though their results wouldn’t be published under HB 290).

Maintain the current funding model for Ohio’s public schools. The legislation proposes no revisions to the funding system for school districts and public charter or STEM schools. The bill also leaves local funding policies untouched. Those tax dollars would still be excluded from children’s backpacks when they attend charters, STEMs, and private schools or participate in homeschooling. Students enrolling in public schools wouldn’t be eligible for ESAs—their educations would be subsidized through the existing funding model—but their parents could of course apply for an ESA that allows for a transfer to private schools or homeschooling.

Can the bill be improved?

The overall idea behind HB 290 is right on the money. Structurally, shifting to a single ESA program could be more parent friendly than asking them to navigate multiple voucher programs, and the savings account structure could encourage private schools to keep their tuitions low. But there are a few ways that the bill could be improved to boost its chances of passing—and increase the likelihood that the program will succeed and benefit kids over the long-haul.

As has been recognized for generations, parents have the primary responsibility for educating their children. But for too long, policymakers at all levels of government have pushed their needs and concerns to the side. The McLain-John proposal puts Ohio parents firmly back in control. Most families will undoubtedly continue to select public schools. Yet for those longing for something different, this bill gives them the resources to pursue innovative solutions, such as learning pods and microschools, as well as more traditional private school and homeschooling alternatives. All options should be open to parents, and this bill would deliver just that.